WATCH: Matt Sydal botches a High flying move at AEW All Out

The 2020 NFL season is going to be a peculiar one for sure. The ongoing coronavirus pandemic caused all sorts of chaos for all 32 teams over the last few months. Reduced NFL training camp schedule, canceled preseason games and various other protocols were introduced to curb the spread of the virus within teams. As we edge closer to the 2020 season opener, there is a lot of confusion as to whether fans will be let in inside stadiums to spectate. But there’s some good news for Cincinnati Bengals and Cleveland Browns this weekend.

Here’s what Ohio Governor Mike DeWine said about the situation surrounding the NFL teams in his state this year.

“This year will certainly be different, but both the Browns and the Bengals have worked exceedingly hard and have made extensive preparations to welcome a limited number of fans to their stadiums safely. These very thorough plans and safety precautions warrant a two-game trial to try and accommodate fans, at reduced capacities with social distancing and masks,” DeWine said via Twitter.

Joe Burrow leading the QBs onto the field for tonight's practice/scrimmage with Lil Baby's "Sum 2 Prove" playing in an empty stadium. pic.twitter.com/emkHhRrgQC

He said, “He’s got full grasp of our offense. You want your quarterback to be the hardest worker on the team and an extension of the coaching staff. He fits both those descriptions for us right now. He really breathes life into this offense, into this team. . . . He’s very confident; he’s not arrogant. 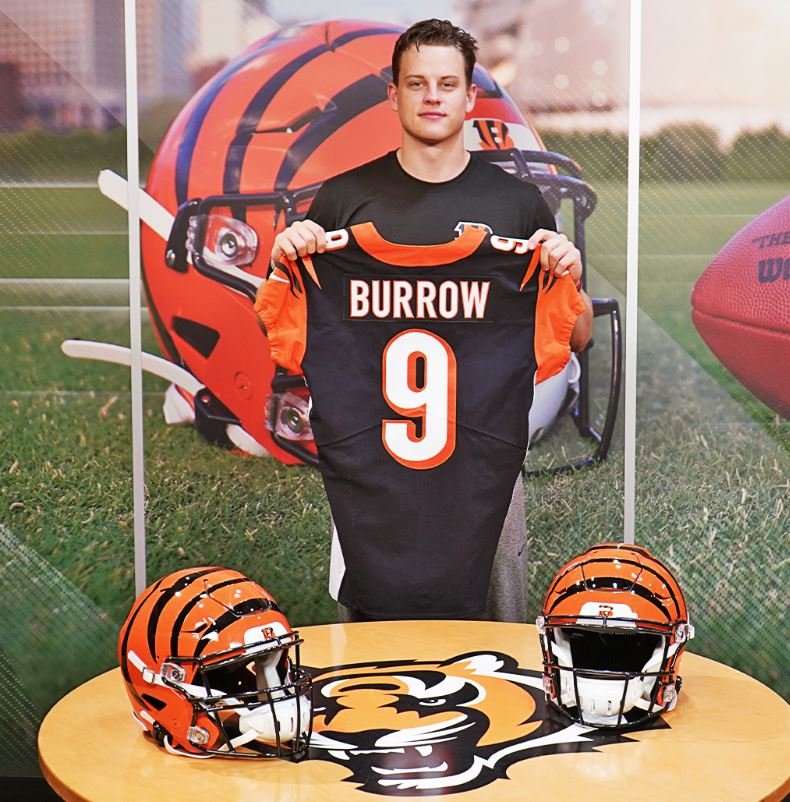 “I think the team believes in this guy right now, but again he’s earned that in the way that he’s gone about his work, the way he operates in the meetings, the way he communicates with his teammates on both sides of the ball. He’s filling into that leadership role as well as any young player can do right now,” Taylor told NFL media via Pro Football.

The Bengals host Los Angeles Chargers in Week one at the Paul Brown Stadium on September 14, 2020. Burrow will hope to start his NFL career on a positive note as the Bengals gear up for a crucial season.