Evidently, Cleveland Browns tight end David Njoku is not really satisfied with his time in the franchise. In fact, the 23-year old even requested a trade before the Browns headed off to their training camp

Njoku’s agent Drew Rosenhaus told ESPN’s Adam Schefter, “It is in David’s best interest to find a new team at this time.”

As expected, the Browns are eager to keep a firm hold on him, and are trying everything to make him stay on. It got to a stage where the franchise exercised his fifth-year option, so that he is under contract through the 2021 season.

Admittedly, nobody in the Browns camp is really surprised at Njoku’s desire to leave. ESPN’s Jeremy Fowler believes that the team was aware of the player’s dissatisfaction for nearly a year. 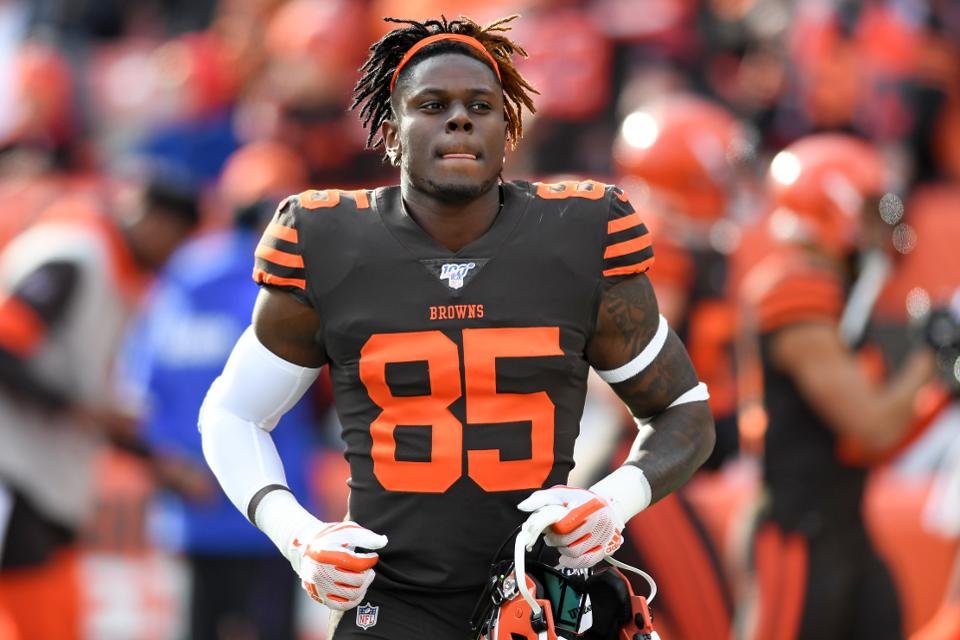 Why does David Njoku want to leave?

It is worth noting that a broken wrist and a concussion sidelined him for most of the 2019 season. On the bright side, David Njoku registered 93 receptions, 1,066 yards and nine touchdowns in 36 games during his Browns career.

However, somewhere down the line, Njoku fell out of love with Cleveland. Some may suggest that his desire to leave only strengthened due to a certain arrival into the Browns’ squad.

During the off season, Cleveland recruited Pro Bowl tight end Austin Hooper. According to reports, the concerned parties agreed to a deal minutes into the legal tampering period.

They agreed to a four-year, $42 million deal, thus making him the NFL’s highest paid player in the tight end position. Later on, the Browns performed some more recruitments, namely selecting tight end Harrison Bryant out of Florida Atlantic. To make matters worse for Njoku, he is a tight end, so the competition for that position will be fierce.

This explains why he is pushing for a move away, just to increase his chances of getting more game time.