To get Tyreek Hill into the team, the Miami Dolphins had to make a lot of cap re-adjustments. This maneuvering certainly affected the salaries of existing players on the team. One of the Dolphin’s cornerbacks who contributed to making the deal successful had a funny tweet in response.

Even though Tyreek Hill is the happiest man on the planet after he became the highest-paid WR, it seems like other players are quite insecure, to compromise their salaries. And the viral tweet sent by the cornerback has something similar to say about it.

The Ex Dallas Cowboys cornerback reacted to the blockbuster deal with a one-liner. On Saturday, March 26, Byron Jones tweeted, ‘Me restructuring my contract just to have Tyreek Hill burn me every day in practice’ with a set of clown emojis.

The tweet was a combination of wit, self-effacing, and facts related to the deal. As soon as the tweet got posted, it went viral. The netizens were keen to hop in and react to the CB’s statement. The star himself, Tyreek Hill, responded to the tweet with an emoji and no comments on the matter.

To accommodate a big shark, Dolphins adjusted the salary cap of current players on the team. The bidding war went on to the extent that Hill was granted a whopping $120 million contract. The last two seasons were not quite lucrative for the Dolphins. They narrowly missed the opportunity to get into the playoffs for both the time. With Hill’s entry, the team would be looking for a change in their present condition.

Indeed, the deal was quite shocking for everyone associated with the world of NFL. The contract was worth $120 million for four years with a $72.2 million guaranteed salary cap. That means on average, he will receive $30 million annually every year.

The three-time All-Pro was initially in discussions with the Kansas City Chiefs who offered him a similar deal. But the elite receiver went for a much better offer. 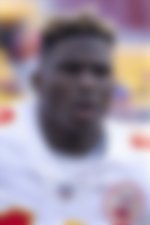 Throughout his career, Hill totaled 1000 plus yards four times and the previous two seasons helped him enter the list of top 3 lethal receivers in the current league of players. He guided the Chiefs to their Super Bowl victory in 2020 and maintained a next-level bond with the Chief’s QB Patrick Mahomes.

Everyone was surprised to see the long-time receiver part ways with such a competitive team. However, everyone needs a change and the NFL is all about business, the one who offers a better deal, players will try to grab the opportunity. It’s yet to see how much does he justifies the faith that the team has bestowed upon him.

Deepesh Nair is an NFL author at EssentiallySports. Having started his career in journalism as a trending news writer, he has published around 500 articles for various media portals. Although Deepesh comes from a Computer Science background, his fondness for writing has persuaded him to create his career in it.
ARTICLES BY AUTHOR