Fitzpatrick started all six games for the Dolphins this season. Tagovailoa made his NFL debut in Week Six when he came off the bench in the fourth quarter of the 24-0 win over the New York Jets on the weekend.

Fitzpatrick has been part of the NFL since 2005, when he was drafted by the St. Louis Rams (now Los Angeles Rams). In the last 15 years, he has represented the likes of Houston Texans, Buffalo Bills, New York Jets, Tampa Bay Buccaneers before joining the Dolphins in 2019.

Ryan Fitzpatrick was ‘heartbroken’ after being demoted to backup quarterback

"I've been benched for all kinds of different ways but this was kind of the first place other than Buffalo that I've been fully committed and invested. I felt like it was my team."

Miami Dolphins quarterback Ryan Fitzpatrick expressed his disbelief after he heard the news that Tua Tagavoiloa was named the team’s first-choice quarterback. Here’s what the veteran NFL star said while he spoke to the media via Zoom call.

“I was shocked by it. It definitely caught me off guard. It was a hard thing for me to hear yesterday, just kind of digesting the news. My heart just hurt all day. It was heartbreaking for me. Flo kind of said what he said and said what he said to you guys as well, and that’s the decision and the direction that the organization is going in.” 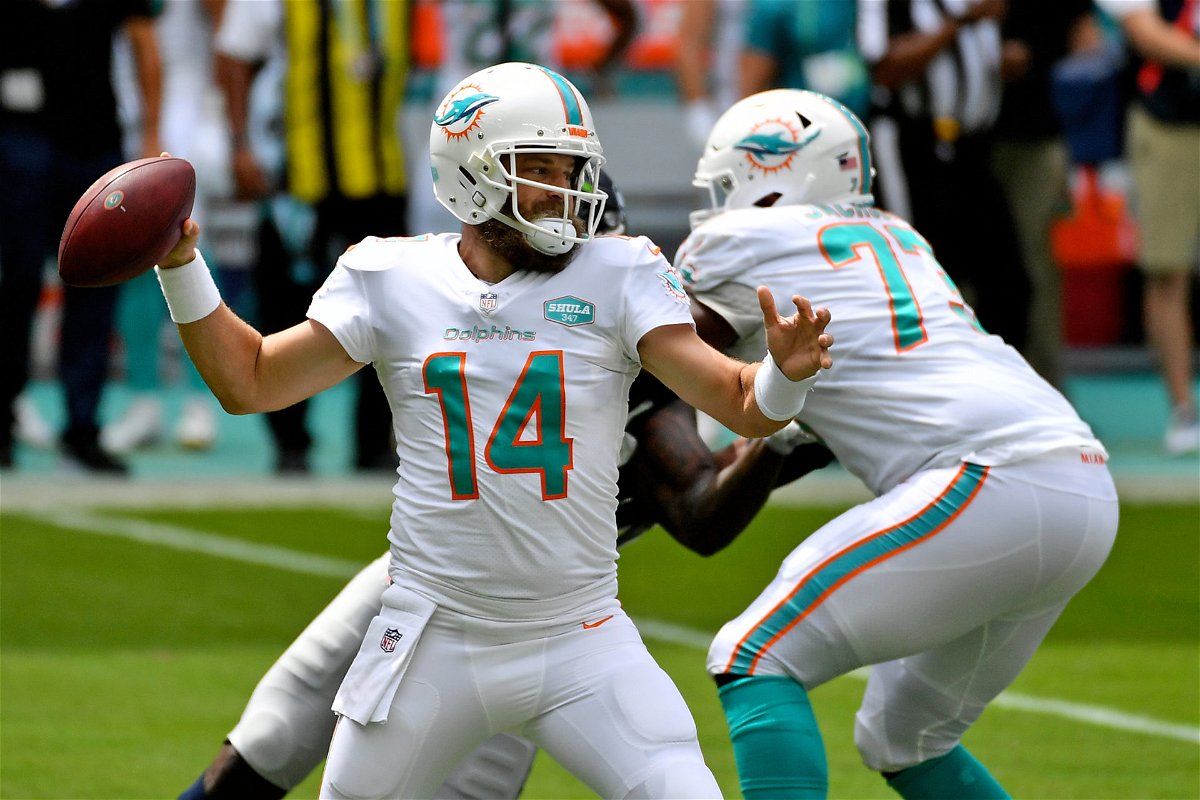 “Obviously we’ve talked in the past, me and you guys, about how I’m the placeholder and this eventually was going to happen. It was just a matter of kind of when, not if. It still just … it broke my heart yesterday. It’s a tough thing for me to hear and to now have to deal with, but I’m going to do my best with it,” Fitzpatrick said via ESPN.

My heart was so heavy yesterday, reveals Fitzpatrick

Fitzpatrick was having a decent season with the Dolphins in 2020. He led the Florida-based franchise to a 3-3 record. The 37-year-old threw for 994 yards with four passing TDs against five interceptions from six games. However, Fitzpatrick always knew that he was playing a bit-part role in Miami following Tua’s arrival earlier this year.

“There was a lot of stuff going through my mind yesterday, just from a personal standpoint, not necessarily with the team.Is this it? Like, was that my last game as an NFL player in terms of being the starter and going out there and playing?”

“I’ve been a starter, I’ve been benched all kinds of different ways, but this one just really more so than any of them … this organization and what we’ve been through the last year and a half, this was kind of the first place other than Buffalo where I just felt fully committed and invested and felt like it was my team. To have that, I think that’s a lot of the reason why I just … my heart was so heavy yesterday. But that’s the direction that the organization and I’ve just got to accept it,” Fitzpatrick added.

Despite his demotion, it is clear that Fitzpatrick still has much to offer the Dolphins this season. The NFL has grown accustomed to the famous ‘Fitz magic’ over the years. We might just have one last glimpse of it in the coming weeks if Tua fails to impress as a starter.