Kyle Shanahan’s San Francisco 49ers sealed a spot in last year’s Super Bowl after they defeated Green Bay Packers in the NFC Championship game. Of course, the 49ers eventually fell short against the Kansas City Chiefs but they won the hearts of fans across the league. The San Francisco-based NFL franchise starts the 2020 season as favorites once again. Coach Kyle Shanahan will hope that star players George Kittle, Jimmy Garoppolo, and Nick Bosa will live up to expectations and hit the ground running when the season starts this weekend. However, there is one slight issue that Shanahan has with the upcoming season preparations and lack of fans inside stadiums.

San Francisco 49ers head coach, Kyle Shanahan, is gearing up for another deep playoff run with the 49ers this year. The seasoned NFL coach made some smart roster moves in tandem with the 49ers’ management. The talented coach will once again hope that his team can make the Super Bowl, maybe even win it this time out. However, one thing that Shanahan does not agree with is the ‘fake crowd’ noise during preseason training practice.

“Oh my god … that really is a form of human torture,” Shanahan said during an episode of the 49ers’ “Brick by Brick” series. 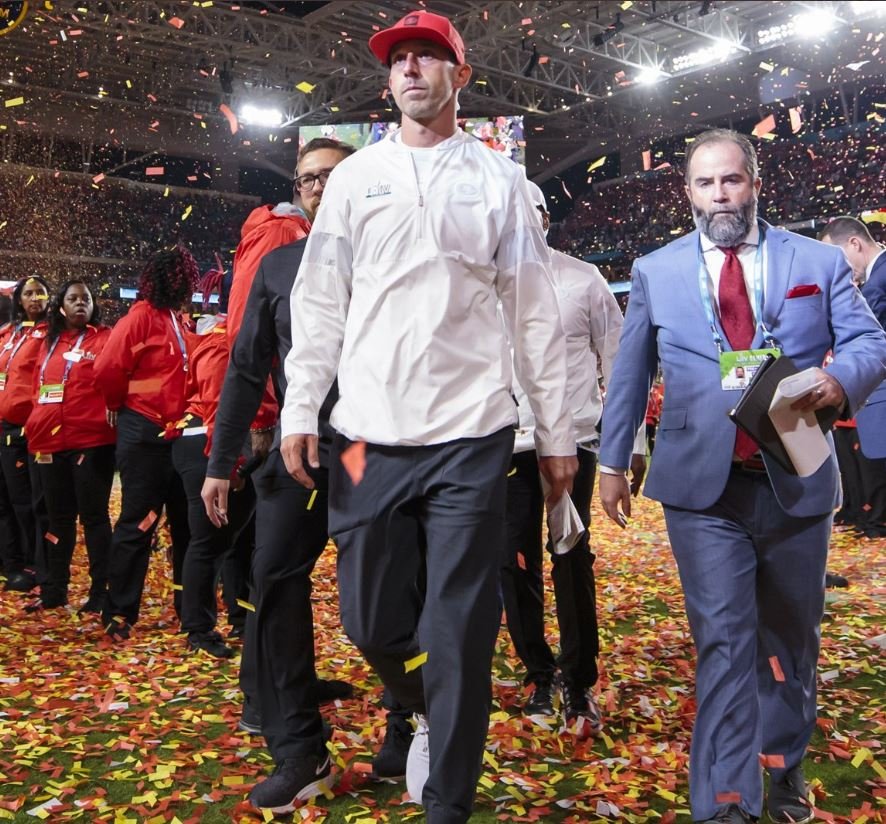 “Kyle Shanahan is a brilliant, brilliant head coach. He will only put guys in situations that he knows they’ll feel comfortable putting them in early. He’s brilliant at that, so he’ll spot those guys and give them those opportunities.”

“I do think it’s a huge advantage for teams that are coming back to a system that they already know, as opposed to some teams that are coming back to new head coaches and trying to install a new system, or situations like that, coming off this COVID offseason. That’s going to be a difficult, difficult situation,” Irvin said on 95.7 The Game’s “Damon, Ratto & Kolsky” via Yahoo Sports.