Former Hall of Famer and NFL legend John Madden passed away at the age of 85, and the NFL world poured in with wishes and support to his family and close relatives. A legendary coach beloved by millions of fans around the globe passed away on the morning of 29th December, according to the NFL.

While in charge of the Raiders as a coach for 10 seasons, Madden’s team never had a losing record. He guided Oakland to the playoffs eight times and once to the Super Bowl. Finally, in January 1977, the Raiders defeated the Minnesota Vikings by a 32-14 scoreline winning Super Bowl XI.

John Madden was inducted into the Pro Football Hall of Fame as a coach in 2006. He provided commentary for NFL games for 30 seasons with various broadcasters like FOX, CBS, ABC, and NBC. Madden also went on to win 16 Emmys for Outstanding Sports Personality/Sport Event Analyst.
DIVE DEEPER

The NFL Commissioner Roger Goodell’s statement read “Madden is football ” and “NFL being forever indebted to him for his contributions”.

A statement on the great John Madden from @nflcommish. 🙏 pic.twitter.com/HwUm8eT8rr

"Tonight I light the torch in honor of and tribute to John Madden and Al Davis, who declared that the fire that burns the brightest in the Raiders Organization is the will to win."

NFL’s top players and journalists also paid homage to the beloved icon and his family. Tom Brady shared a beautiful memory on Instagram of Madden calling his first Super Bowl game back in 2002. 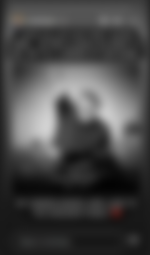 While CBS colleague Dan Rather described Madden as a “trailblazer” and his death as the “end of a golden era”.

Few approached life with the joy of legendary football coach & broadcaster John Madden. A colleague at CBS, he was a gentleman with a boisterous sense of humor. On the sidelines & in the booth, this voluble mountain of energy was a trailblazer. A golden era ends with his passing.

Fellow NFL Hall of Famer Shannon Sharpe on Undisputed shared how much John Madden meant to his career and his influence on Shannon’s NFL career.

"If Coach Madden showed up, you had everyone's attention. He's the gold standard when it comes to color commentators. He had a team called All-Madden, and one of the highlights of my career making it with my brother." pic.twitter.com/TKWcXeTsPp 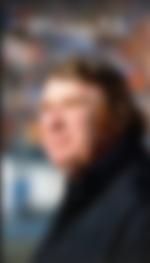 Saddened to hear about the passing of the iconic John Madden. An incredible coach, broadcaster and person. A true hero and role model. He will be deeply missed. https://t.co/3HcUnZRfLa

Madden’s name will forever be attached to one of the best-selling sports video game series titled “Madden NFL”, which began in 1988 as John Madden Football. It was his exuberant and folksy personality that made him a beloved and popular man off the pitch as well as on it.

An NFL author at EssentiallySports, Anuj Tazhatuveetil is pursuing a Master's degree in Journalism and Mass Communication. Initially, he worked as a freelance content writer and later as a part of Sports404. An unquenchable thirst to learn about all things NFL and NBA, adding to a rather healthy obsession with playing outdoor sports like basketball, and soccer with an almost encyclopedic knowledge of this industry make him a sports aficionado.
ARTICLES BY AUTHOR