Matt LaFleur’s Green Bay Packers have been in terrific form since the start of the 2020 NFL season. The NFC North franchise remains unbeaten after four games.

They are well on track to make the Playoffs in 2020 if they continue playing the way they are right now. A major reason behind their success is the resurgence of veteran quarterback, Aaron Rodgers.

Rodgers has already thrown for 1,200+ yards with 13 passing TDs and 0 interceptions. His passer rating of 128.4 is second only to Seattle Seahawks’ Russell Wilson at the moment.

There was a lot of talk surrounding Rodgers in the build-up to the season, especially after the acquisition of rookie quarterback Jordan Love at the 2020 NFL draft.

However, five weeks into the season, it is now clear as to who is the actual ‘boss’ at the Lambeau Field.

How is Jordan Love doing @AaronRodgers12?

"He's doing really well. This is a good time to learn. To see what it looks, to see what the weeks of preparation look like. I obviously was in his shoes a long time ago" #PatMcAfeeShowLIVE pic.twitter.com/8v2Fl6vW8T

Aaron Rodgers featured in the latest installment of The Pat McAfee Show. The 2-time NFL MVP was talking about his teammates Davante Adams and Aaron Jones on the show after their strong start to the season.

Rodgers was asked to give an update on the development of rookie quarterback, Jordan Love.  “He’s doing really well. This is a good time to learn. To see what it looks, to see what the weeks of preparation look like….

“I obviously was in his shoes a long time ago. This is the time that you really start settling in. It’s different because we had a preseason, I got to play in the preseason, you know, you kind of get the feel a little bit.

“But once the season starts you kind of settle in to be in the backup or being a backup, you know, going through the process…

“So it’s a good learning time for him and he’s enjoying it, he’s opening up more, personality-wise and it’s been fun,” Rodgers said on the show. 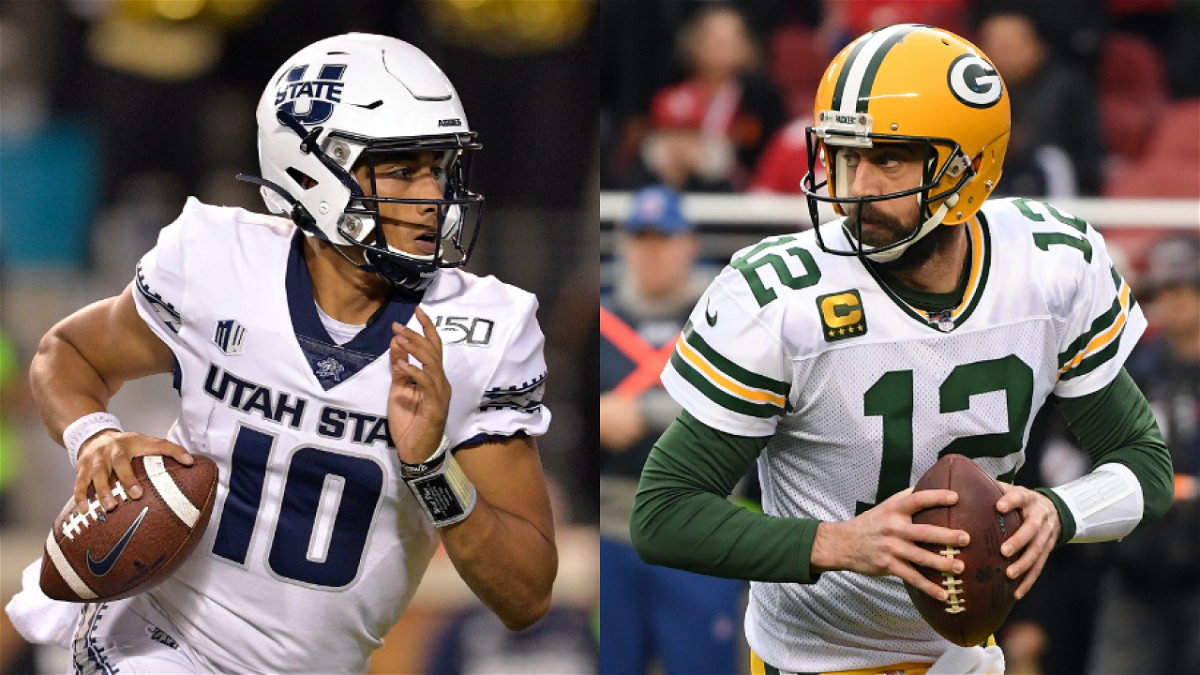 The former Utah State man is unlikely to make his NFL debut in the coming weeks unless Rodgers suffers a major injury of sorts. However, Love will undoubtedly benefit from learning the nuances of the game from the very ‘best in the business’.

It was evident that Brett Favre served as a mentor to Rodgers during his early days. The same circle could repeat itself in the Aaron Rodgers – Jordan Love story.

At 36, Rodgers still has some time at the top. Love will get his chances, but he must be ready to take them when they come his way, sooner rather than later.