“It’s Not Easy For Everyone”: Daniil Medvedev Expects Surprising Results at US Open 2020

Pat McAfee began his stint in the NFL back in 2009. The West Virginia college graduate was drafted by Indianapolis Colts at the start of the last decade. He handled punting and kick-off duties for the Colts at the start of his career. However, he famously stepped in as an emergency quarterback in 2016. McAfee spent eight years in the NFL before announcing his retirement in 2017. His entire career was with the Colts.

McAfee made headlines earlier today when he featured on WWE’s NXT TakeOver fight against Adam Cole. This was McAfee’s first professional wrestling appearance, three years since quitting the NFL. But how did the two-time Pro Bowler enter the wrestling industry?

How did Pat McAfee go from playing for the Colts to professional wrestling? 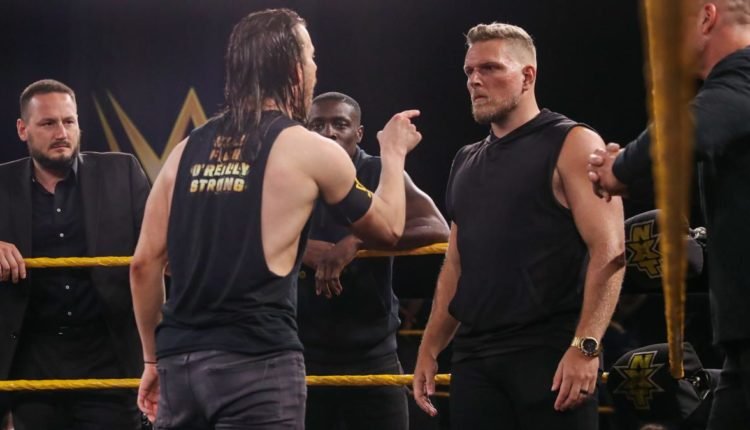 Well, the short answer to this is that he did it through his stint as a ringside commentator. Post his NFL career, the Pennsylvania-born athlete started the Pat McAfee show on YouTube. Over time, McAfee played host to a list of professional wrestlers including Triple H and Adam Cole.

His shows mainly featured NFL analysis and wrestling reviews. He has been a guest host for FoxSports and was also on ESPN’s Thursday Night College Football team in July 2019. In addition to this, McAfee is also a professional stand-up comedian. He has done shows across Indiana and has a daily podcast show as well.

Can’t wait to see a few of these tonight. 💥

It's a great day to be great, @PatMcAfeeShow. pic.twitter.com/TUcSJgGnwC

Pat obliged and made his professional wrestling debut against Cole. His first venture into pro wrestling ended in defeat. However, McAfee did not rule out another appearance in the near future. Will we see the former NFL star step into the ring, sooner rather than later?