Last year must have passed by like a whirlwind for Patrick Mahomes and the rest of his surrounding cast at Kansas City Chiefs. Mahomes and Co. managed to make their way to the Lombardi Trophy after a gap of 50 years with a win over San Francisco 49ers.

Mahomes was adjudged as the Super Bowl LIV MVP after a brilliant display in the fourth quarter. Due to his ground-breaking displays over the last two years, Pat Mahomes was rewarded with a mammoth $450 million 10-year contract extension. As part of the deal, Mahomes will remain in Missouri until 2031 at least and stands to make somewhere close to half-a-billion in the next decade.

However, despite various individual accolades, Mahomes maintained that his success with the Chiefs is down to his top-notch teammates. Here’s what the 2018 NFL MVP had to say about the likes of Travis Kelce, Sammy Watkins, and others.

“It doesn’t irritate me at all, I mean, if I can have this supporting cast for the rest of my career and they’re giving credit to them then I’ll take it as much as possible.

“Umm, I mean to have guys like we have on this team, guys like Tyreek Hill, Sammy Watkins, Travis Kelce, Damien Williams and now Clyde Edward-Helaire, so we got guys everywhere.”

“My job is to try and get it into those guys hands and Brett Veach, coach Reid have surrounded me with a lot of great players and we’re winning games.

“I don’t care where the credit is given to, I’m just trying to go out there and win it as much as possible,” Mahomes said on Skip and Shannon: Undisputed. 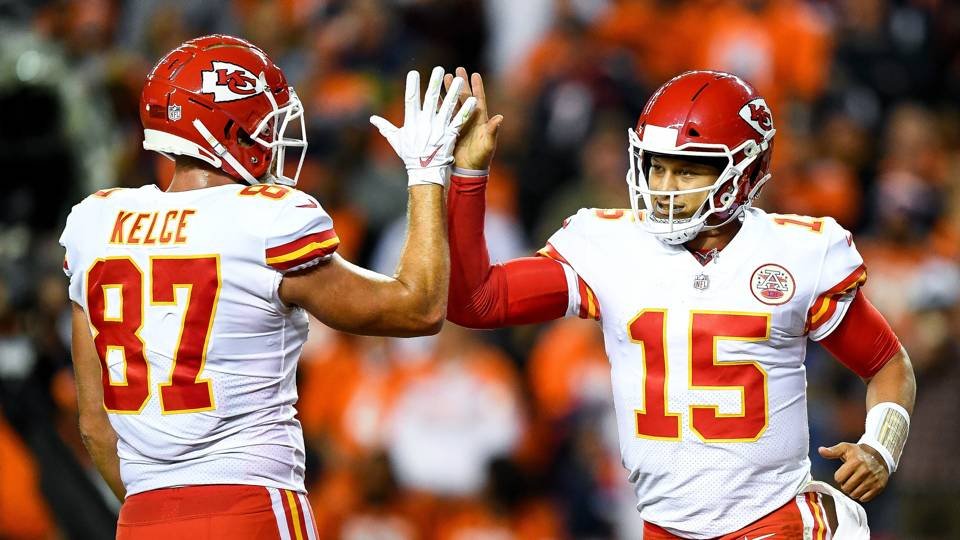 The Chiefs are looking to make it two-in-two heading into the 2020 season. Along with Baltimore Ravens, Seattle Seahawks and San Francisco 49ers, the Chiefs are also favorites to add another Lombardi to their trophy cabinet.

Is this the start of something great for Andy Reid’s boys in Missouri? Watch this space for more.

“Only Person to Stop the Chiefs Are the Chiefs Themselves” – Former NFL Man Heaps Praise on Patrick Mahomes and Co.