Tua Tagovailoa became the 5th draft pick at the 2020 NFL Draft. He will turn out for the Miami Dolphins at the Hard Rock Stadium. After his selection, he recounted his tale of last month’s tornado in Nashville where he was for pre-draft training on the 3rd of March.

Tua Tagovailoa lost his car in the Nashville Tornado

He told reporters, “It was about 1 o’clock in the morning. “Sirens were going off, and I was sleeping. I ended up waking up to the warnings on my phone. Right when I woke up, three or four minutes later, a tornado just swoops right over my complex, destroys my car and everything there. It was pretty bad.”

The 22-year-old said it is the hardest process for him to go through. He decided to forgo his senior year and enter the NFL draft. 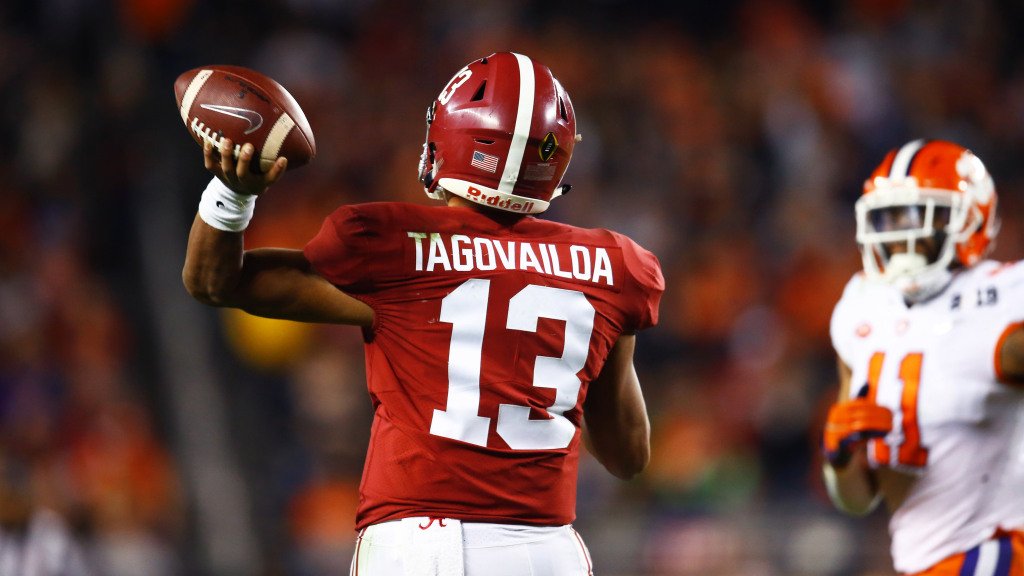 “I’ve gone through a lot with making this decision. I went to Nashville, went through that tornado that came through. My car got destroyed. I’m going through rehab during that process. There’s a lot of uncertainty at the same time. It was just a lot of things piling up. This was probably the most difficult time for me in my life.”

In addition to the Tornado, the quarterback was dealing with speculations over his fitness. He suffered a major injury late last November after knee was driven into the ground in a down. As a result of an awkward landing, it caused a hip dislocation and fractured the posterior wall.

As a result of this injury, he fell down the pecking order and saw eventual no. 1 draft pick Joe Burrow become the most sought after quarterback.

His selection would have taken a load of his young shoulders. He will seek to recapture the form in his sophomore year where he finished runner up in the Heisman Trophy competition.

As per Spotrac, he will sign a 4-year contract worth $30.2 million. This includes a $19.5 million signing bonus. Such riches will certainly help the youngster by plenty of cars in the future.