Jon Gruden and the Raiders will have a new home in the NFL this season. Previously known as the Oakland Raiders, they will now be called ‘Las Vegas Raiders’. The NFL franchise was established in 1960 in Oakland, California. They announced their decision to relocate to Las Vegas in January 2020.

They later revealed that their home will be at the Allegiant Stadium in Nevada. However, due to the ongoing coronavirus situation, construction work is a little bit behind schedule.

Recent reports indicate that the Raiders will only be able to play one pre-season game at the Allegiant Stadium before the season starts. In the meantime, Raiders coach Jon Gruden had a special message for all the hard-working construction personnel in Nevada.

As per reports in TMZ sports, Jon Gruden appeared on the Jumbotron at the Allegiant Stadium with a special message for the dedicated construction crew.“I just had to tell you, the stadium looks freaking awesome. It’s the greatest thing I’ve ever seen. I just wanted to congratulate all you workers for an incredible accomplishment during adversity,” Gruden said in the short video.

@raiders coach Jon Gruden has a message for our incredible construction workers. Share this post to show them some love! 🤩

The Raiders are tipped for a strong season this season. They boast a strong O-line and will be competing for a spot in the playoffs this year for sure.

The newly relocated franchise has a lot of new coaching staff working under Gruden this year. They could be the underdogs in the NFL in 2020. 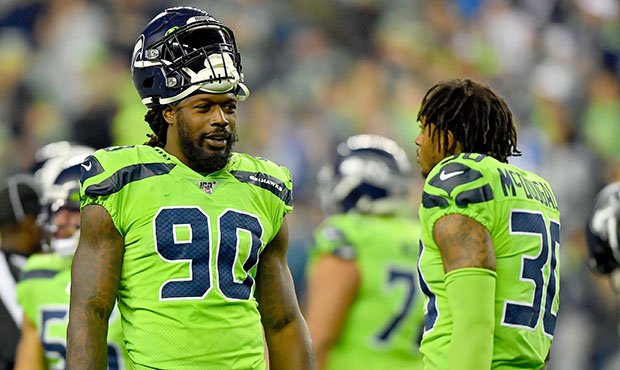 Former Texans and Seahawks tight end, Jadeveon Clowney, was linked with a move to Las Vegas Raiders. The 27-year old had a decent season at Seattle last year.

“Thank you, Henry. If he does, it will be on the Raiders’ terms. Jon Gruden and Mike Mayock are winners, and they know how the salary cap can impact a team. At some point, Maxx Crosby is going to get paid, and they can’t mortgage the future today. Will he? I would put the odds at 20%,” Hondo said.