Over the years, there have been a number of players who’ve emerged as cult superheroes in the NFL. One of them is former Denver Broncos quarterback, Tim Tebow. The 2007 Heisman Trophy winner was drafted by the AFC West franchise in the first round of the 2010 NFL Draft. The Broncos traded up with the Baltimore Ravens to bring in Tebow. 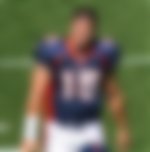 Tebow hit his peak in the 2011 season when he replaced Kyle Orton as the starting quarterback for the Broncos. He led them to the playoffs but was inconsistent during the course of the season. After a dominating 29–23 win over Pittsburgh Steelers in round one, the Broncos were knocked out in the next round following a 45–10 defeat at the hands of the New England Patriots.

He bounced around from one franchise to the other following the arrival of the legendary Peyton Manning in Denver. After briefly featuring for the New York Jets, New England Patriots, and Philadelphia Eagles, Tebow disappeared from the NFL world in 2015.

After an absence of six years from the NFL, Tim Tebow returned to the big league in the 2021 offseason. Newly-appointed Jacksonville Jaguars head coach Urban Meyer (who coached Tim during his tenure as University of Florida coach) offered Tebow a shot at proving his worth in the build-up to the 2021 NFL season.

However, he was trying out for the tight end position and not the quarterback slot which is now a battle between Gardner Minshew and Trevor Lawrence.

We have made the following roster moves:

But despite giving it his all, Tim Tebow was cut from the Jaguars roster as visible in the above social media announcement. The 34-year old featured in the preseason 13-23 loss to Cleveland Browns. However, he failed to impress.

“Thankful for the highs and even the lows, the opportunities, and the setbacks. I’ve never wanted to make decisions out of fear of failure and I’m grateful for the chance to have pursued a dream. Thank you to the Jaguars organization and everyone who has supported me in this journey,” Tebow wrote on his official Twitter handle.

This could be the final nail of his NFL career which lasted for a little more than a decade. Once America’s most popular athlete, Tebow is now something of folklore for budding football fans.