“Me and My QB”: Canadian Rapper Drake Gives a Shoutout to This Star NFL QB

Canadian superstar rapper Drake is known to be a big NFL fan. He even bets big on his favorite players as he did during the Super Bowl this year. Drake is often seen mingling with many NFL stars like OBJ. And his enthusiasm for the sport cannot be described in simple words.

Although the rapper is known to be a Seattle Seahawks and Cleveland Browns fan, he can sometimes be seen vouching for his favorite players on the gridiron. He also cheered for his friend OBJ when the Los Angeles Rams met the Cincinnati Bengals at the Super Bowl LVI. He even bet $393,636 on the wideout to score a touchdown which he did early on in the game.

Beckham though exited the game after hurting his ACL again, but he gave Drake a total of $713,244 of payout from his bet. Clearly, OBJ is his favorite wide receiver in the league. But ever wondered who his favorite QB would be?

Recently, Drake took to Instagram to post a story with a famous NFL QB as he wrote alongside, “Me and my QB.” It would take a hard intuition to guess that that QB was in fact the Baltimore Ravens star QB Lamar Jackson. Jackson is indeed one of the elite QBs prevailing in the league right now.

With that said it might not be surprising if Drake bets on Jackson next season during a Ravens matchup. The Ravens have high hopes for Lamar and it’s a no-brainer that he has all the necessary skills and abilities to step up the game of the franchise. 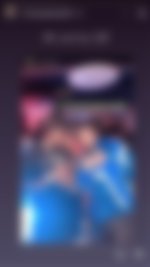 However, things might not be as smooth for Lamar as they used to be. Marquise ‘Hollywood’ Brown, who was the favorite target for the 2016 Heisman winner was traded to the Arizona Cardinals this Draft season. It will be seen who the Ravens trade in place of Hollywood, and how quickly he builds relationships with his QB. Will the Ravens claim the sky next season?

Watch This Story: Lamar Jackson Hangs Out With Greatest American Olympian Of All Time, Micheal Phelps

Sauvik Banerjee is currently an NFL writer at EssentiallySports. After completing his Bachelor’s degree in English and Economics from Lucknow University, Sauvik combined his love for NFL and passion for writing to work for team ES. Sauvik has functioned as a content marketing intern at Kyari Innovations and had a brief stint with Knocksense Lucknow.
ARTICLES BY AUTHOR