Carson Wentz had a stellar individual season with the Philadelphia Eagles in 2019. It was a tough season for Doug Pederson’s boys who were pegged back by injuries to core players over the course of the year. However, Wentz put in some brilliant solo displays at crucial stages in the season to guide the Eagles to the playoffs.

The Eagles lost to Russell Wilson-led Seattle Seahawks in the Wildcard game but Wentz won the heats of NFL fans all across America. However, the former Super Bowl winner was completely overlooked in the recently released NFL Top 100 list. Former Denver Broncos and Baltimore Ravens star Shannon Sharpe slammed this decision on a recent segment of Skip and Shannon: Undisputed.

Carson Wentz should have been in the NFL top 100 list without a doubt, says Sharpe

.@ShannonSharpe on Wentz being left off the NFL's 100 best players:

"There's no way he should've been left off. I'm not saying he should be a Top 20 guy, but there's no way you can have a guy that leads a team to the playoffs at the QB position & not have him in the Top 100." pic.twitter.com/889LYXKx0K

“There’s no way he should’ve been left off. I’m not saying he should be a Top 20 guy, but there’s no way you can have a guy that leads a team to the playoffs at the QB position & not have him in the Top 100.”

“Skip look, I’m not saying that he should have been Top 10, Top 20. I’m just saying there’s not a 100 players in the NFL currently, I believe, that are better than Carson Wentz.” 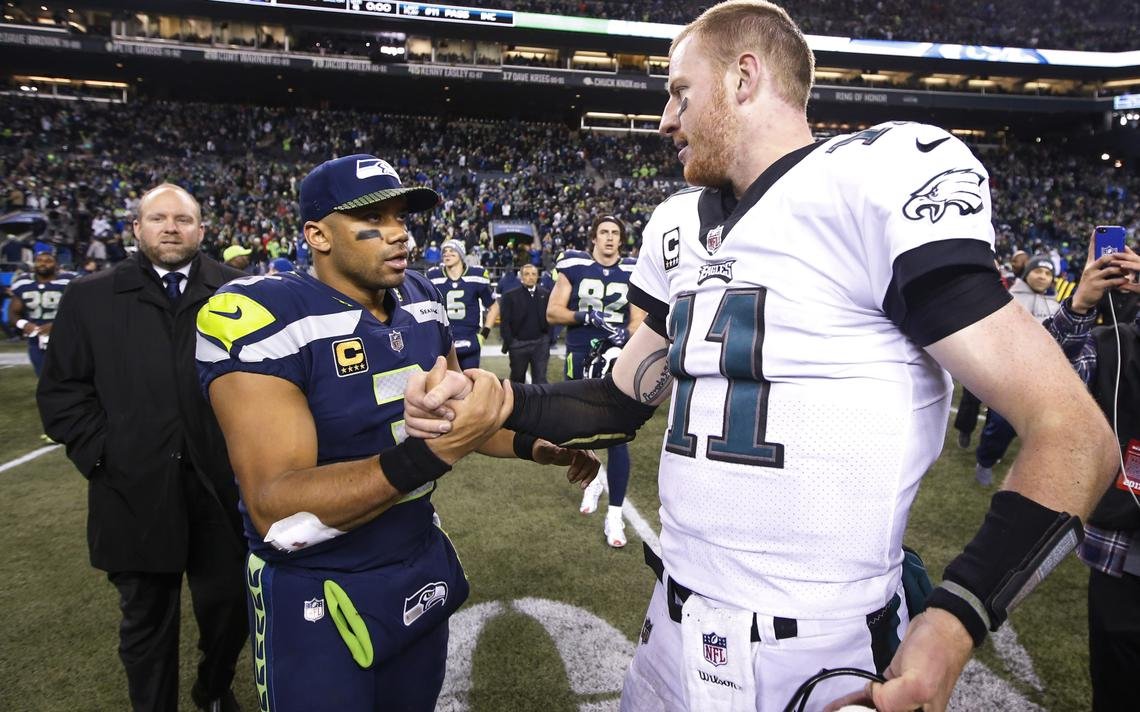 “When I start looking at Cousins and Jimmy G, I look at Josh Allen, I look at Ryan Tannehill. No way, no way Skip. I disagree vehemently that there are 100 players in the NFL better than Wentz but the people have spoken,” Sharpe concluded.

We’re sure a lot of NFL fans and critics will agree where the NFL Hall of Famer is coming from. Carson threw for 4,000+ yards as the Eagles ended the season with a 9-7 record. He had a pass completion rate of 63.9 and made 27 TDs as the Eagles played without three of their offensive starters for a major chunk of the season.