Can Derrick Lewis Destroy Francis Ngannou in a Five Round Fight?

Once again, veteran wide receiver Antonio Brown has made the headlines in recent weeks. This time, he’s in the limelight for all the wrong reasons. League officials confirmed that the former Pittsburgh Steelers man will be suspended for the first eight games of the 2020 season. Despite not signing for any NFL franchise in the offseason, Brown will not be eligible for half the season.

He was seen last practicing with Baltimore Ravens’ Lamar Jackson and Seattle Seahawks’ Russell Wilson a couple of months ago. This sparked rumors of a potential return to the big league. However, the following tweet posted by Brown a couple of weeks ago hinted a potential retirement, his third one at that.

After the recent league ruling, Brown will be eligible to play in the NFL after Game Week 8. He continues to be linked with a host of top teams, including a potential union with Aaron Rodgers at Green Bay Packers.

On a recent segment of ESPN’s Get Up, Antonio Brown was the topic of the discussion. The former Central Michigan State student famously joined the Steelers in 2010. He was selected in the sixth round (195th overall). However, after spending time with the Oakland Raiders (now Las Vegas Raiders) and the New England Patriots in the recent past, Brown currently finds himself without a team. 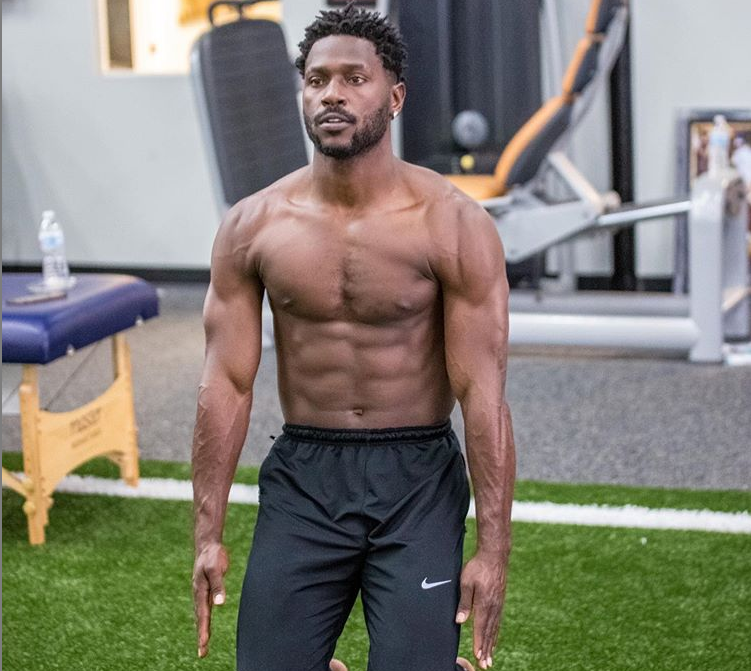 His off-field struggles have been well-documented. The highly-rated wide receiver has been accused of sexual misconduct by a former trainer. He was also booked for assault and battery earlier this year for which he was charged with two-year probation as well. The Packers are in dire need of some help in the offense department. The decision to trade up and draft Jordan Love in the first round of the NFL draft must have irked fans for sure. Will star quarterback Aaron Rodgers see himself playing alongside Davante Adams and AB this year? Watch this space for more.