Published 02/28/2021, 12:45 PM EST
Chase Claypool had a decent rookie year with the Steelers this season. Despite the Steelers collapsing in the second half of the season, Claypool was one of the major highlights for the team. Despite being a rookie, Claypool was trusted with playing in both the offensive and the defensive unit. And he paid off that trust in sensational fashion.

DIVE DEEPER
Claypool was a welcome surprise for the Steelers. He was a second-round pick as the Steelers looked to bolster their team. In his rookie season, he played every single regular-season game after impressive performances. Claypool posted really good numbers last season, both on the offensive and defensive end.

Chase Claypool putting up solid performances as a rookie

For the season, Claypool ran for 873 yards on 62 catches. He averaged 14.1 yards per carry and went on to score nine touchdowns in the regular season. Furthermore, he had 84 long receptions, with only three receiving fumbles and one lost fumble for the season. While being a primarily offensive player, Claypool did have contributions playing on the defensive end. 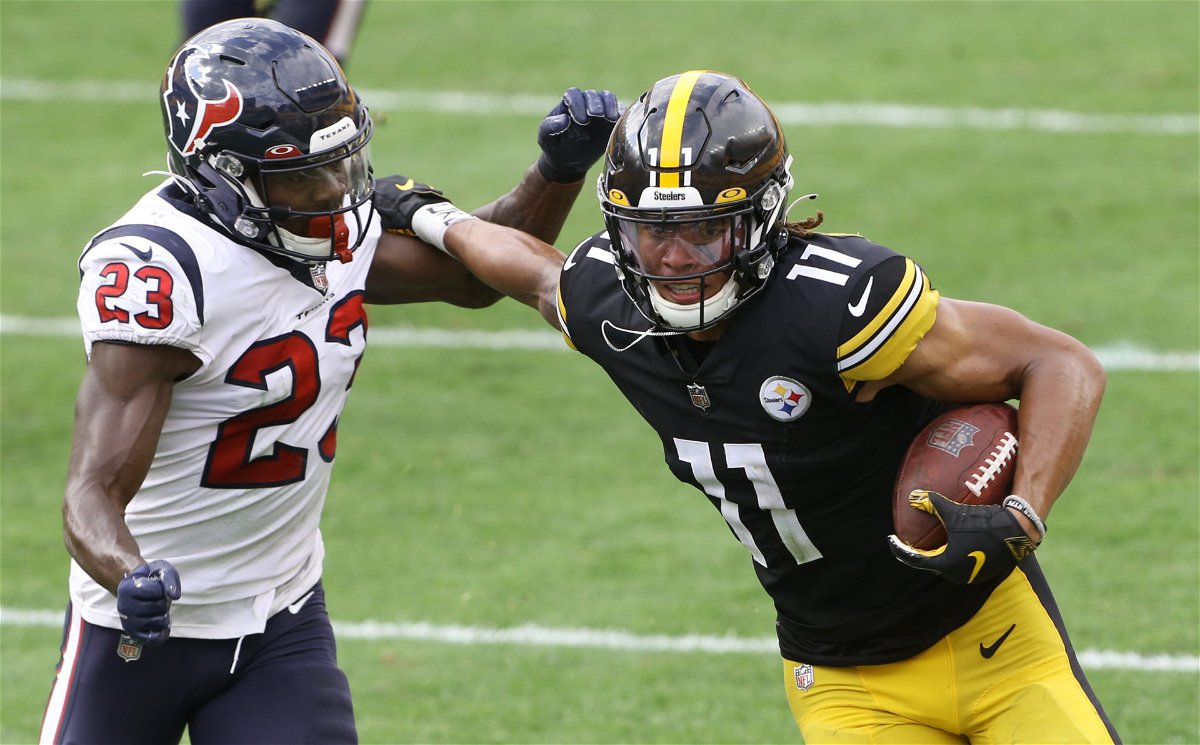 Claypool had a total of six tackles last season, including two solo tackles. It was these kinds of hustle plays that led to Claypool becoming a fixture in the Pittsburgh Steelers. Despite a poor second half of the season, including their shock loss to the Browns, Claypool will be an exciting star for the Steelers in the future.
DIVE DEEPER

For his performances, Claypool was named to PFWA (Pro-Football Writers’ Association) All-Rookie Team. And now, he will be looking to improve further on his numbers from this season. With one season’s experience under his belt, Claypool will be ready to take his game to the next level, as the Steelers look to avenge their poor season.

More from EssentiallySports on NFL