Patrick Mahomes has quickly grown into a household name over the last year or two. The Texas-born quarterback rose to fame in 2018 when he bagged the NFL MVP award after a record-breaking season with the Kansas City Chiefs. Mahomes equaled the great Peyton Manning’s record as he threw for 5,000+ yards and completed 50 TDs in the same time frame which earned him the league MVP title. 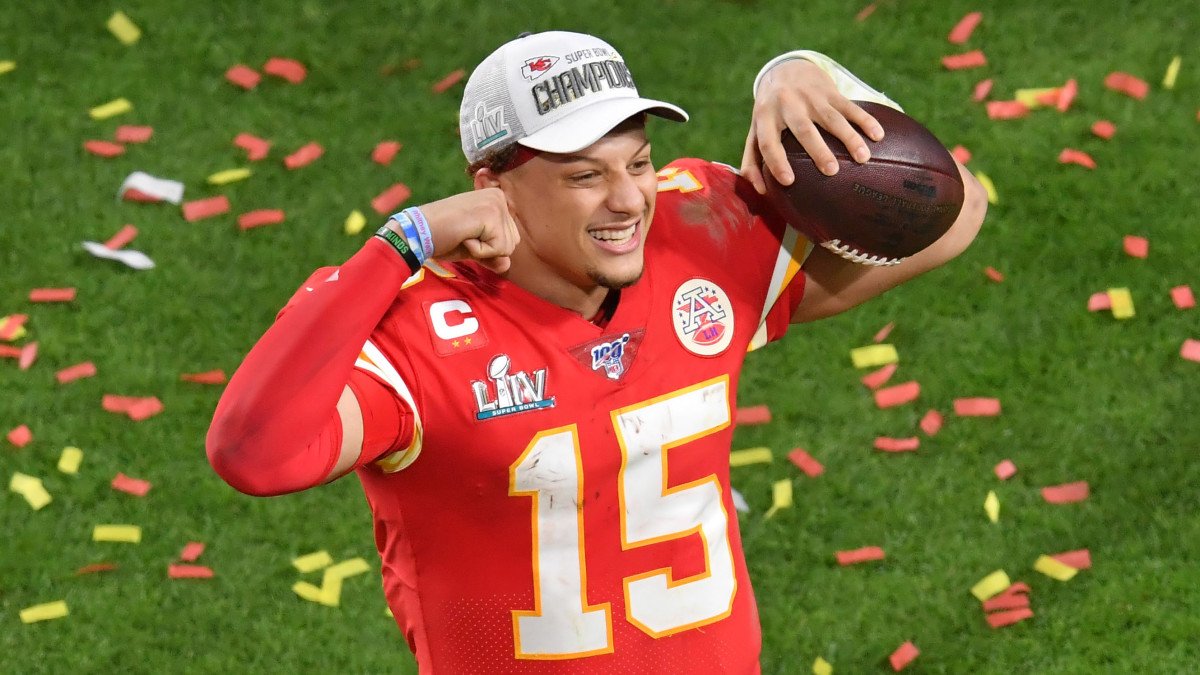 If that wasn’t enough, Mahomes outplayed himself the following season. The talented quarterback led the Chiefs to the Super Bowl title after a gap of 50 years. They were trailing the San Francisco 49ers by a 20-10 margin before the fourth quarter. Mahomes turned things around at the ultimate moment as the Chiefs eventually won the elusive Lombardi Trophy by a 31-20 margin. Pat Mahomes was later named Super Bowl MVP.

However, Mahomes is no stranger to fame. Mahomes (full name Patrick Mahomes II) is the son of former MLB player – Pat Mahomes. As a kid, Patrick used to accompany his dad to games at the ballpark. Senior Mahomes spent a good decade playing in the Major League. He was always signing autographs for fans while attending games. But what was not known is that young Patrick was doing the same, just at six years of age!

Patrick Mahomes’ first-ever autograph might have been when he was just six years old!

Want the first autograph Chiefs QB @PatrickMahomes signed for a fan? @D_Lane_H might have it. He was SIX. pic.twitter.com/A84loMgctB

The above tweet was posted on Twitter by sports business reporter Darren Rovell. It involves a post by a Texan by the name of Delaine Head. The latter claims to have an autograph signed by Pat Mahomes Sr. while he played for the Texas Ranges back in 2001. In addition to that, Head also claims to have another autograph (as seen in the picture) which was signed by Patrick Mahomes II who was only six back then!

However, Mahomes responded to this as he said:

Haha! Remember signing stuff as a kid with my pops but started before the rangers! 😂😂 https://t.co/qJHCqebEgS

“Only Person to Stop the Chiefs Are the Chiefs Themselves” – Former NFL Man Heaps Praise on Patrick Mahomes and Co.