Tom Brady is one of the best marketable entities in the NFL. It is normal for an athlete like Brady to be in the midst of multiple commercial deals. While brand endorsements are a great financial incentive for athletes, they also pose a risk. If not executed in the correct manner, things can get awry.

Something similar happened with Tom Brady recently when he introduced Subway’s latest innovation – Hero bread. In the announcement video of the new product, the commercial cuts before it shows Brady taking a bite of the bread. Fans started doubting the veracity of Brady’s endorsement since Brady is known to eat bread and here also, it’s not clear.

Hero Bread is a product of Hero Labs whose principal investors include the Weeknd, Lil Baby, and Tom Brady, among others. The special bread is known for being just 100 calories and has only 1 gram net carb. Thanks to these insane features, even fitness enthusiasts can have bread with no worries.

Brady in his latest Subway commercial also prophesied the same, but before we saw the quarterback eat the bread, the video cut off sprouting doubts in the mind of many. As tension grew, Hero Labs took to Twitter to share the complete video where he eats the bread and praises it.

Tom Brady actually takes a bite of his Subway sandwich in this new ad, as he is pitching the brand’s better-for-you bread.

Commercial cuts off before you actually see him eat it pic.twitter.com/17qaA37o4e

Divisional leaders Tampa Bay next take on the Saints this weekend. A win in this match will ensure that Tampa Bay is comfortably lonely at the top spot, but Brady & co seems to be chilling based on their Instagram activity from 2 days ago. Tom Brady used Instagram to post some photos from the Tampa Bay practice facility. He published six training stories, and it appears that he was more concerned with becoming an Instagram journalist, posting live updates from the training than with the actual training.

The announcement that Rob Gronkowski returned from injury was one highlight of Tom Brady’s live broadcast. Brady also shared a few amusing anecdotes. He compared the Bucs’ training gear to a creamsicle in one of his posts and questioned his supporters if he should wear it in a game. Brady’s live reporting was, all in all, amusing. 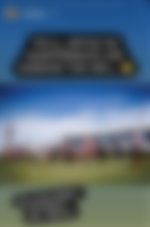 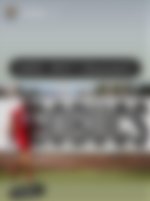 Looks like Brady can give Ian Rapoport a run for his money. What say?

Suresh Menon is an NFL and Football writer at EssentiallySports. He is currently pursuing BMM from St Xaviers College with his specialization in Advertising. Juventus is his favorite football club and he one day plans to go to Italy and watch a Juve match live.
ARTICLES BY AUTHOR