The Earl Thomas situation came as a shocker to NFL fans. The highly-rated NFL safety was involved in a training ground bust-up with teammate Chuck Clark. A day after the incident, the Baltimore Ravens announced that they terminated Thomas’ contract ahead of the start of the 2020 season. Thomas had signed a four-year deal worth $55 million ($32 million guaranteed) with the Ravens in 2019. He was due to receive $10 million of that sum this season, but that seems dicey at the moment.

In the meantime, the former Super Bowl winner is on the hunt for his next NFL team. His love for the Dallas Cowboys is second to none. In the past, Thomas famously met with former Cowboys coach Jason Garrett while he was in Seattle. The star safety told Garrett that he would be open to a move to Dallas.

But a certain American sportscaster feels Earl Thomas is not worth the effort.

On a recent segment of Skip and Shannon: Undisputed, host Skip Bayless gave his two cents on the Earl Thomas-Dallas Cowboys rumors. Skip specifically said, “I think this is trouble and I don’t think we have enough show to detail the trouble that he caused, especially in Baltimore.” He then talked about how Thomas violated team policy after he posted a clip from his training ground bust-up with Clark on his social media handle. Bayless opined that Thomas would be better off with a team in his hometown in Texas with a short-term contract such as that of Cam Newton with various performance-related bonus clauses.

Thomas was terrific with the Ravens last year. The veteran safety made 49 tackles, two sacks, one forced fumble, and one fumble recovery. He also had two interceptions in 2019. His efforts earned him a spot in last year’s Pro Bowl team.

But his issues off the field (being allegedly held at gunpoint after supposedly cheating on his wife, a bad dressing room attitude) and other factors have caused him a lot of grievances. It will be interesting to see if the Cowboys take a risk and bring in Thomas to strengthen their defense. 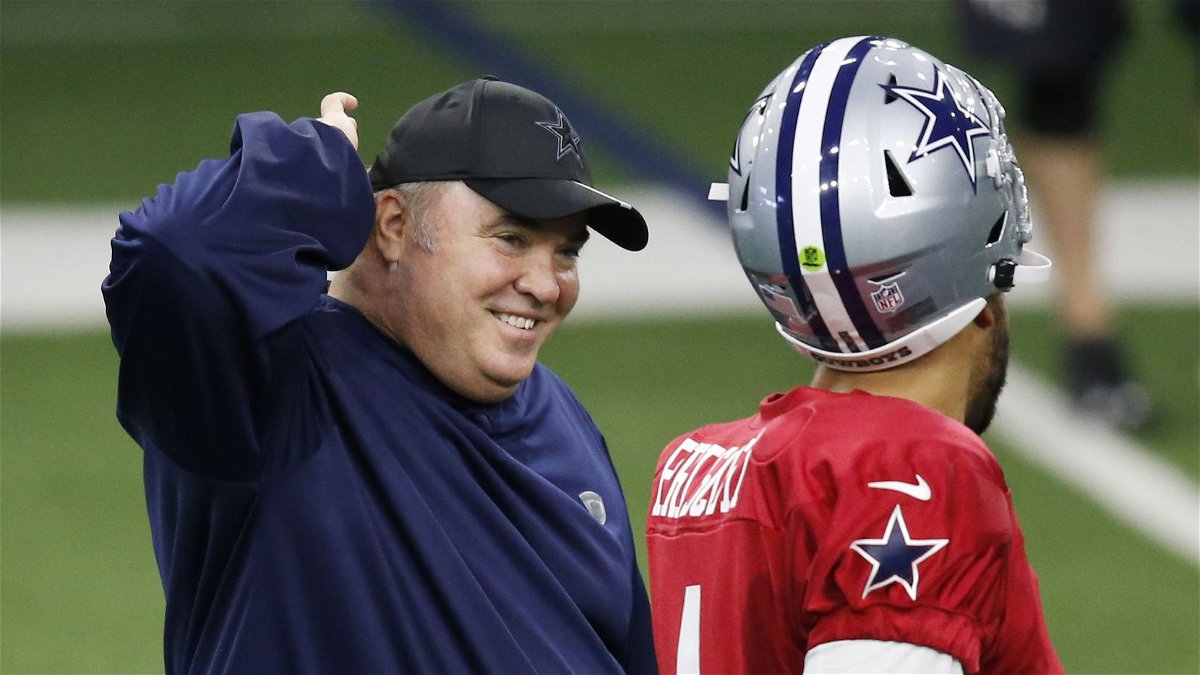 Here’s what Cowboys’ new head coach Mike McCarthy had to say about a possible union with Earl Thomas this season. He said, “The conversations I’ve been involved with — we had a chance to get a thorough personnel meeting just two days ago — we’re very confident in where we are as far as the 80-man roster. As far as any prospect that’s available, those are more conversations for Jerry (Jones), Stephen (Jones) and Will McClay, as far as looking at that situation. So I have nothing really to report.”

McCarthy further added, “Everything is looked at at the end of the day. I think the most important question you need to ask at the end of the day is how does the player fit into the locker room? To me, that’s usually the huge determining factor if it happens or it doesn’t happen. Just like anything in this business, there has to be a mutual understanding to bring those things together. At the end of the day, as the head coach, my focus is on our current locker room,”

It’s no secret that the Cowboys are pushing for a playoff spot this season. They have a strong roster with stars such as Dak Prescott, Ezekiel Elliott, Amari Cooper, and Michael Gallup to rely upon. They’ve made some good draft moves in the offseason bringing in talented rookies, Trevon Diggs, and CeeDee Lamb. Should McCarthy risk the dressing room atmosphere by bringing in someone as volatile as Thomas?

Stephen A. Smith Lashes Out at Dallas Cowboys Fans After Vikings Victory