“I Looked Up To You”: Dwyane Wade Thanks Former Teammate For Being His Inspiration In College

Odell Beckham Jr was one of the hottest talents in the NFL when he arrived in New York. The NY Giants utilized their first-round pick to select the LSU-graduate in 2014. Beckham Jr carved himself quite a reputation while he was at LSU.

He enjoyed a strong start to his NFL career with the Giants. In 2016, Odell Beckham Jr became the fastest player in the league’s history to reach both 200 career receptions and 4,000 career receiving yards. He also made the Pro Bowl team in his first three seasons with the NY Giants. 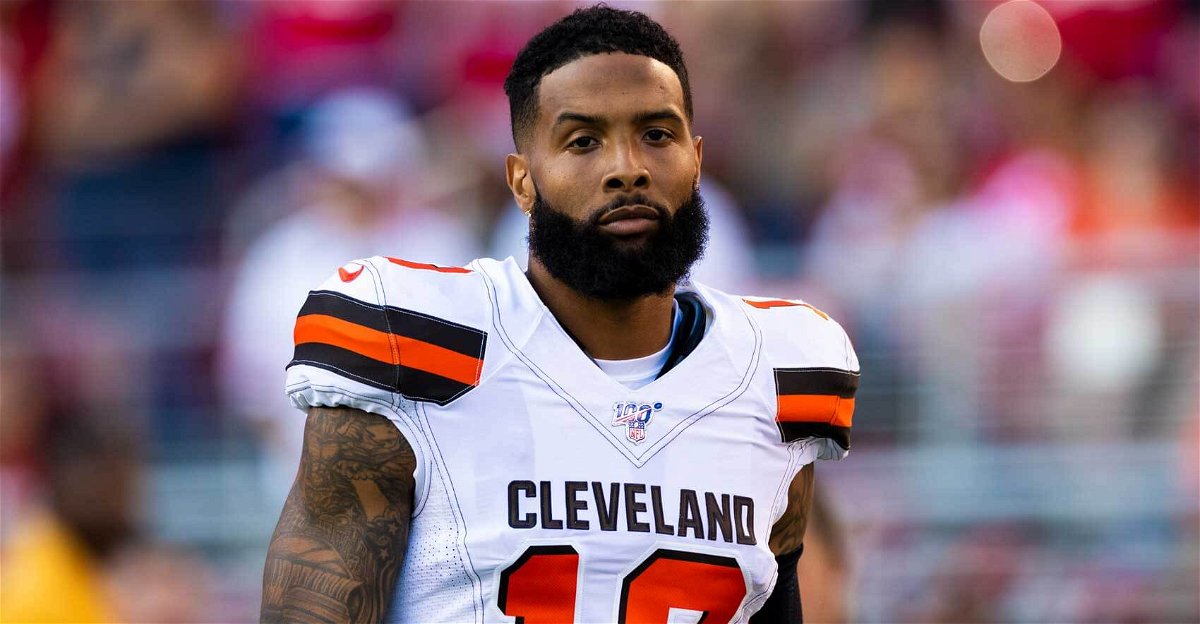 A lot was expected from the explosive WR when he moved to Cleveland Browns in 2019. However, things have not gone as planned for OBJ. He endured a tough start to his Browns career and will hope to improve on that in 2020.

ALSO READ – “This is my Baby” – Throwback to When Lewis Hamilton Showed Odell Beckham Jr. His Car Collection

Odell Beckham Jr goes back to blond ahead of 2020 season

Odell Beckham Jr met up with NFL friends and colleagues – Cam Newton, Todd Gurley, and Victor Cruz – for a segment of The Bigger Picture with OBJ. They discussed various topics at the roundtable debate ranging from the coronavirus pandemic to systemic racism in the USA. Browns’ star WR Odell Beckham Jr was seen with blond hair once again. He explained his decision behind going ‘back to blond’.

“This is how I feel. This year, I’m trying to kill. That’s it. I want an opportunity to catch the ball. I want the same opportunities that all of these other receivers have in the league when they’re getting 2,000 targets, ending up with 150 catches, I want to be in a position where I can succeed because football is not the same as basketball. Football is so much more of a team sport.”

“Each year I still have 1,000 yards and they want to talk about “you’re not the same player,‘” he said. “I understand the game now. And that’s why you see the blond back. There’s nothing you can tell me,‘’ Beckham Jr said.

The 2014 NFL Offensive Rookie of the Year had an underwhelming start to his Browns tenure.  In his five year stay with the Giants, OBJ averaged 92.8 receiving yards per game. With the Browns last season, he averaged just 64.7 yards. He will be hoping to improve on that figure over the course of the 2020 season.

ALSO READ – WATCH: Odell Beckham Jr And Boxer Gervonta Davis Leave It All Out On The Field During Training

Stephen A. Smith Has ‘Given Up’ on Baker Mayfield