The schedule for the 2021 NFL season is officially out. And to kick off the new season, Tom Brady’s Tampa Bay Buccaneers will take on the Dallas Cowboys.

The match has been billed as one of the most exciting encounters to look out for all season. In the battle between “America’s Team” and the defending champions, the NFL has a blockbuster curtain-raiser.

And while Brady is all for the hype, the legendary quarterback seems to have an issue with the Cowboys moniker of being “America’s Team.”

Tom Brady took to Instagram to hype up fans for his side’s opening day encounter. “9/9 Can’t come soon enough… excited to open against ‘America’s Team,’” Brady posted on his Instagram story. The post has a photo of Brady celebrating with a Wandavision wink GIF placed right above it. 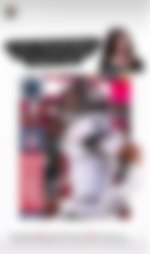 Known as the Agnes Harkness Winking meme, the GIF according to knowyourmeme.com is a reaction that one uses to joke about a well-known open secret or an obvious lie.

With Brady putting the words America’s team in inverted commas, it’s easy to understand what the quarterback is taking a dig at.

The Cowboys adorned the moniker back in the 1970s when they won two Super Bowls. The side continued to stick with the name through the 80s and 90s during which they won three more Super Bowls.

But with the franchise’s last Super Bowl success coming back in 1996, one might feel that it is time to question whether the Cowboys really are “America’s team” anymore.

READ MORE –  Might the Signing of Blake Bortles Be the Death Knell for Aaron Rodgers’ Time at Green Bay?

Since the Cowboys last won a Super Bowl, Brady got drafted by the Patriots in 2000, won six Super Bowls with the franchise, joined the Tampa Bay Buccaneers, and won his seventh ring.

Now, entering his 21st season in the NFL, do you think Brady can win his eighth Super Bowl before the Cowboys break their Super Bowl jinx?