This competition in the AFC South is all set to be a mouth-watering affair this year. Houston Texans, Indianapolis Colts, Jacksonville Jaguars, and Tennessee Titans have seen some major rosters take place in the offseason. The Jaguars, in particular, have seen some major departures in the last couple of weeks or so. They parted ways with stars such as Yannick Ngakoue and Leonard Fournette. There are rumors afloat indicating that the Jags are ready to tank the 2020 season so that they can bring in star college quarterback Trevor Lawrence in the 2021 NFL draft. However, that conversation is for another day.

Meanwhile, Houston Texans and Tennessee Titans will once again start the season as firm favorites to top the AFC South Division. Deshaun Watson will have to make do with the loss of DeAndre Hopkins who left to join the Arizona Cardinals in the offseason. But star defensive end JJ Watt is back on the roster after recovering from last season’s injury setback.

Let’s take a look at the continuity score of each team from the AFC South Division and see how their respective campaigns can play out over the course of the next year or so.

Houston Texans had a fruitful season under head coach Bill O’Brien in 2019. This was their first season without the ownership of Bob McNai who passed away in 2018. They won the AFC South Division title with a 10-6 record. They won the Wildcard playoff game against Buffalo Bills but lost in the Divisional round to eventual Super Bowl champions Kansas City Chiefs. 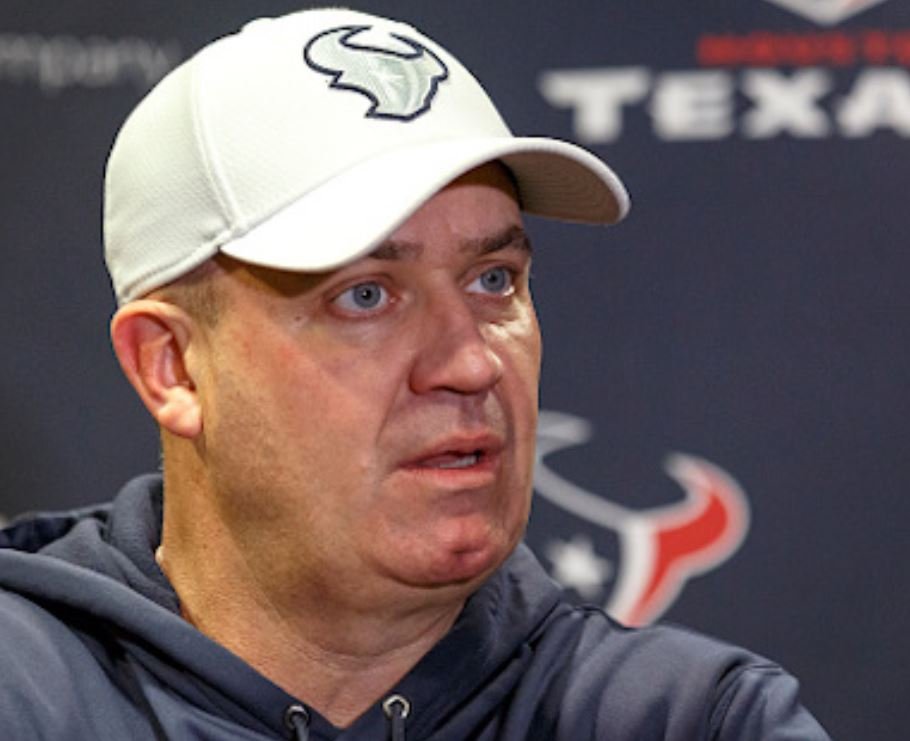 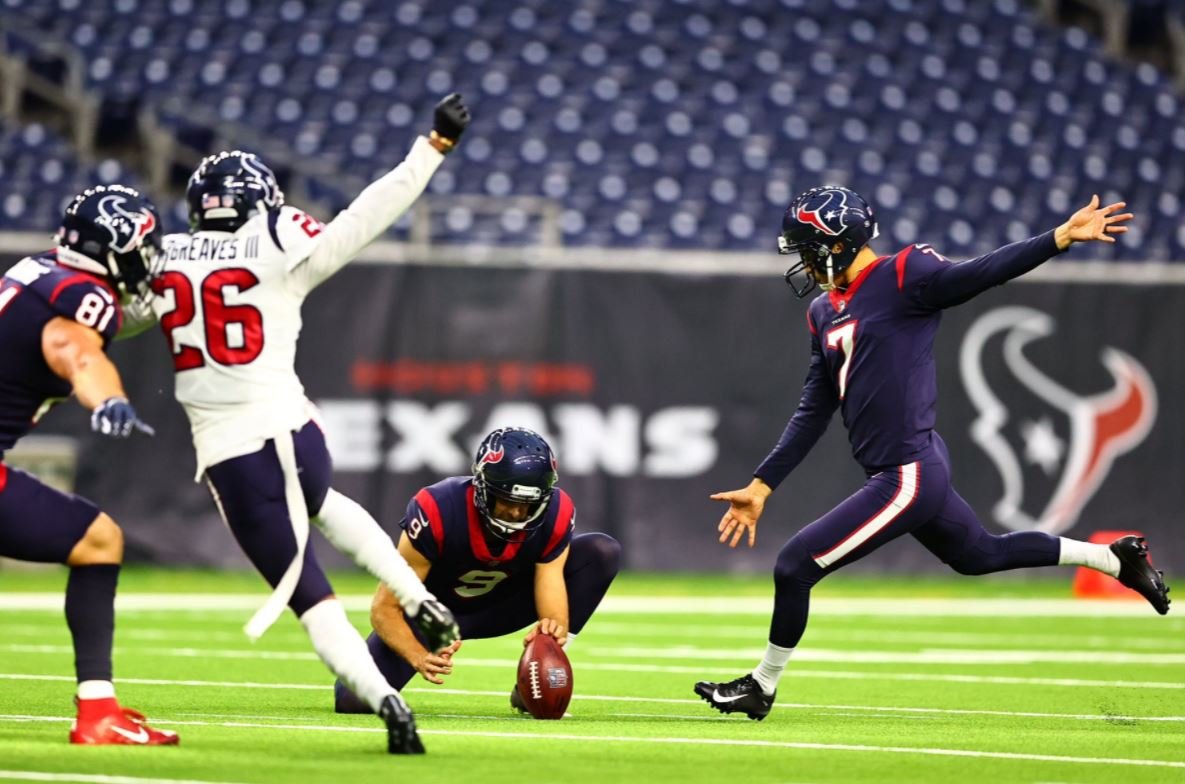 Star quarterback Deshaun Watson will gear up for another tough season in the NFL. The former Heisman Trophy runner-up had a shaky start in his rookie season back in 2017. However, he has transformed into a Top-10 quarterback over the last two seasons. Of course, the Texans will be reeling from the loss of seasoned wide receiver DeAndre Hopkins who joined the Cardinals in the offseason.

They will also miss out on the services of defensive end Jadeveon Clowney who moved to Seattle Seahawks in exchange for LB’s Jacob Martin and Barkevious Mingo. However, they will welcome back star defensive end JJ Watt who returns from an injury layoff.

The AFC South is relatively less competitive to the rest of the Divisions in the league. The Texans will be favorite to retain their Division title heading into 2020 but could face some competition from opponents Tennessee Titans.

Indianapolis Colts were hit with a major blow even before the 2019 season even began after star quarterback Andrew Luck announced his decision to retire last August. The Colts got off to a decent 5-2 start . But they went on to lose the next seven out of nine games to end the season on a 7-9 record. 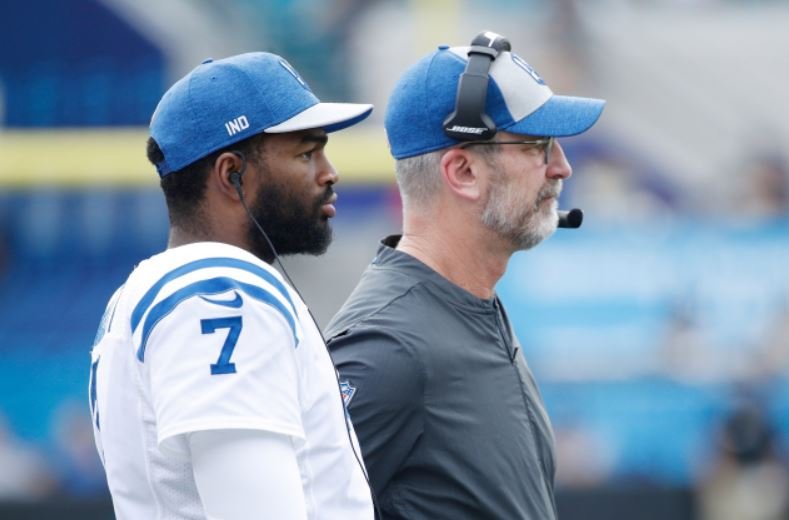 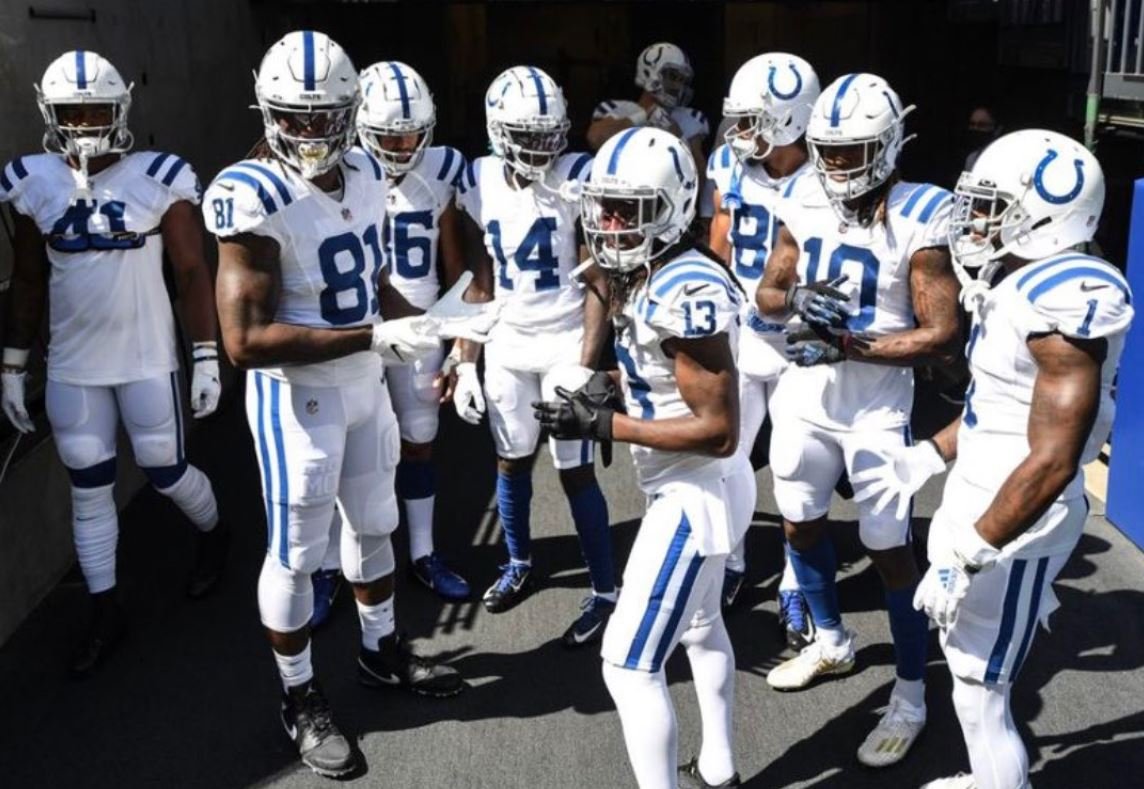 The Colts moved quick in the offseason to bring in veteran NFL quarterback Philip Rivers on a one-year deal worth around $25 million. Wide receivers TY Hilton, Marcus Johnson and Michael PIttman Jr will benefit from Rivers’ arrival. Running backs Marlon Mack and Nyheim Hines will also be crucial cogs for the Colts heading into 2020.

The Colts will also rely on star defensive backs Jackson Porter and Travis Reed. They have three opt-outs in the league this season.

We predict that Indianapolis Colts will finish second in AFC South behind either Houston Texans or Tennessee Titans.

The Jacksonville Jaguars had a below-par season in the NFL yet again in 2019. They ended the regular season on a 6-10 record. They were mathematically eliminated from the playoffs for the second year running after a loss to the Los Angeles Chargers. 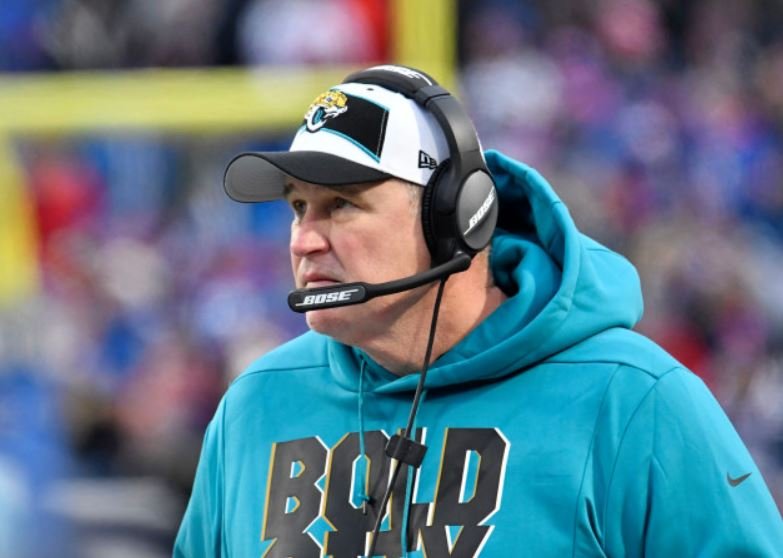 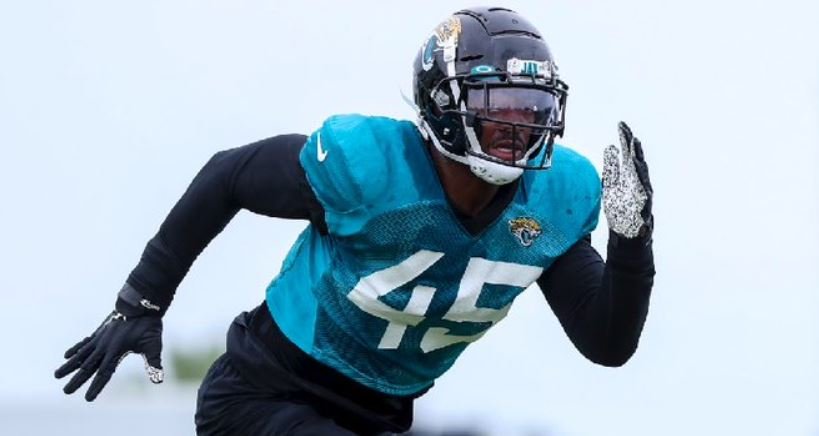 The Jaguars parted ways with Super Bowl-winning quarterback Nick Foles in the offseason. He arrived in Jacksonville on a four-year, $88 million contract in 2019. He was allowed to leave and joined Chicago Bears earlier this year. In addition to that, star players Yannick Ngakoue and Leonard Fournette have also left the team in the last week.

They also traded star cornerback Jalen Ramsey to the Los Angeles Rams in exchange for a 2020 first-round pick as well as their 2021 first and fourth-round selections. Gardner Minshew will once again start the season as the starting quarterback.

Despite some good roster moves, we expect the Jaguars to finish at the bottom of the AFC South Division.

The 2020 season was filled with surprises for Tennessee Titans head coach Mike Vrabel and their supporters. They started the season with a 2-4 record but benched former Heisman Trophy Marcus Mariota midway through the season. Ex-Miami Dolphins player Ryan Tannehill stepped in and turned things around for the Titans.

After ending the regular season on a 9-7 record, the Titans beat New England Patriots in the Wildcard playoffs followed by another win in the Divisional game against Lamar Jackson’s Baltimore Ravens. However, their dream run ended in the AFC Championship game to eventual Super Bowl winners Kansas City Chiefs. 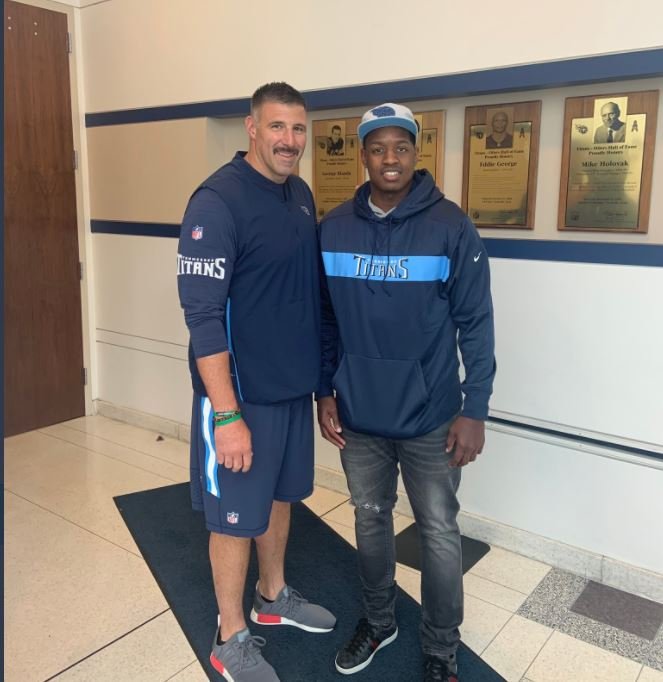 Mike Vrabel will take charge of the Titans for the third year this season. However, he will be without the services of former offensive coordinator Matt LaFleur who was offered the Green Bay Packers head coach job earlier this year. They will also be without defensive coordinator Dean Pees who retired in January 2020. 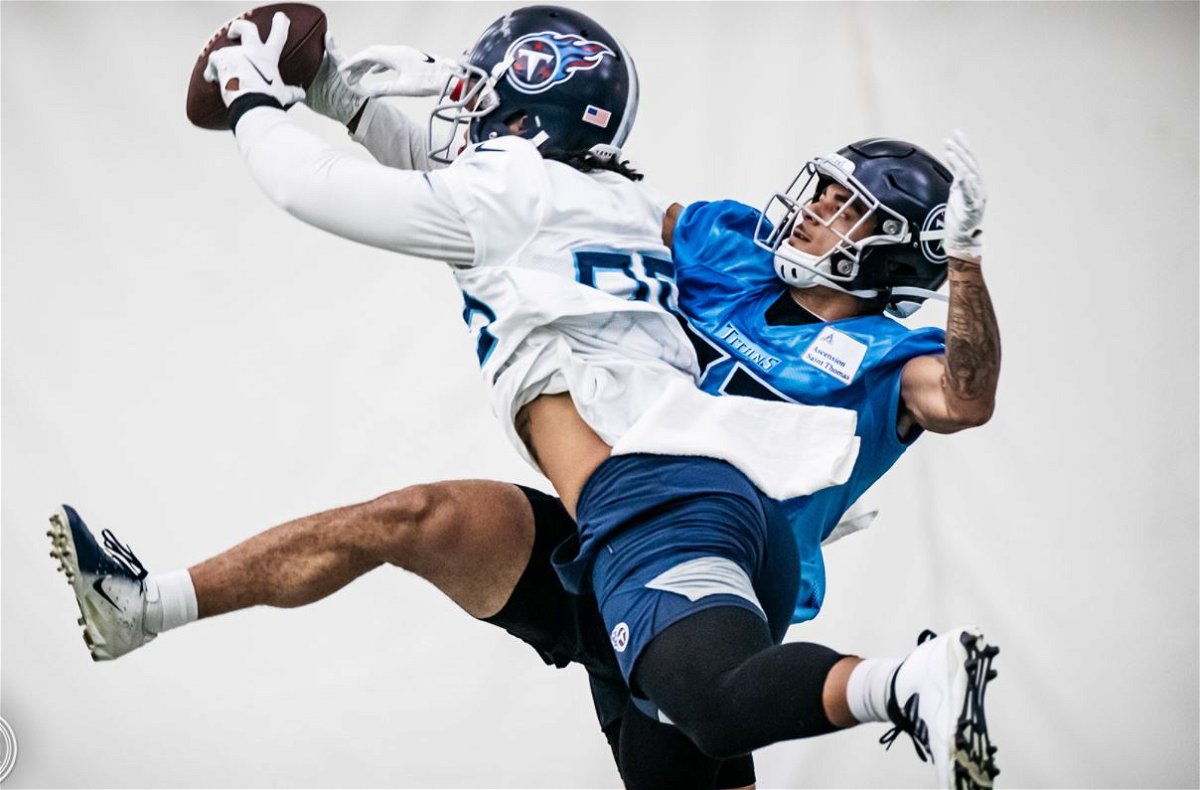 Ryan Tannehill will start the season as the first-choice quarterback for the Titans in 2020. They parted ways with Marcus Mariota who joined Las Vegas Raiders in the offseason. But their main threat moving forward will be running back Derrick Henry. Another strong attacking threat will be young wide receiver AJ Brown.

Linebackers Jamal Davis and Wyatt Ray will be crucial for the Titans once again. They have also brought in OT Isaiah Wilson (Georgia Tech, first round pick) in the 2020 NFL draft.

Due to the departure of several veteran figures in the offseason, there is an added pressure on the shoulders of the young players on the Titans roster. They will challenge the Texans for the AFC South title but we expect them to finish at number two in the division table.