Washington Football Team has been plagued with a host of negative publicity over the 2020 offseason. The controversial name change, allegations of sexual harassment against top executives have been a huge obstacle for owner Dan Snyder. In addition to that, their new head coach Ron Rivera was also diagnosed with lymph node cancer.

One of the few positives to emerge from Washington this year is the return of Alex Smith to the training field. The former Kansas City Chiefs man made a stunning return to the league after a horror injury in 2018. After almost 17 injuries, Smith was told that he’d never play football again. But he battled hard against all odds to make the Washington roster this year.

Here’s what promising quarterback Dwayne Haskins had to say about his senior mentor.

Alex Smith turning into the ‘perfect’ mentor for Dwayne Haskins

He got so much swag, he need an ad for it 🔥 pic.twitter.com/RieiCkXBDV

Washington brought in Haskins in the first round of last year’s draft. The 23-year old stepped in midway through the 2019 season to take over from the misfiring Case Keenum. Haskins featured in a recent interview NBC Washington Lia Assimakopoulos. The Ohio State graduate expressed his gratitude towards Alex Smith who made a miraculous return to the NFL in 2020.

“For him to get out there and just throw a pass is something remarkable, so for him to go out there and do 9-on-9, run around a little bit, throw a pass on the run and make some things happen, it’s super exciting for me, just watching him be that big brother mentor role for me throughout my career here in Washington.” 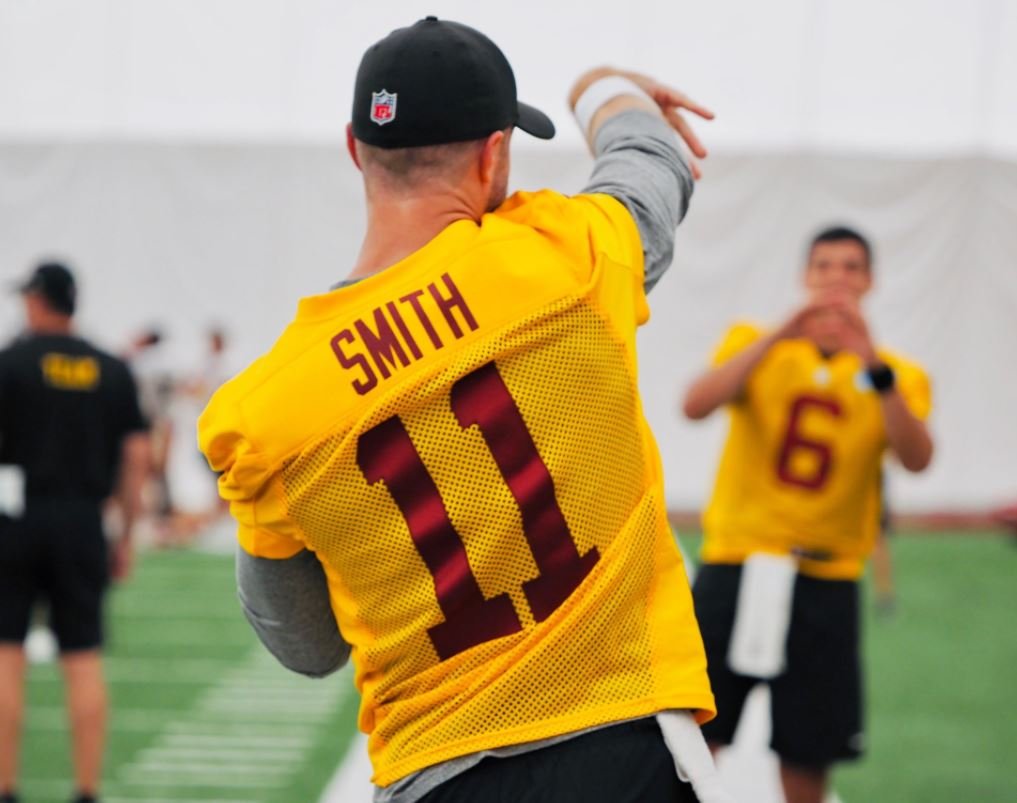 “He got some 9-on-9 reps in, and a couple times, he felt how real that pass rush is. Alex is an ultra-competitive guy, and we had a conversation after practice today about just how important is was for him to get back out there. I’m extremely happy for him, proud of him, have so much respect for him and know what type of guy he is on and off the field,” Haskins said in the interview.

Ron Rivera said Alex Smith's participation in 11-on-11 today — a first since his injury — was "a very big step," even though the team practiced in shells.

Washington Football Team start their 2020 season with a clash against Philadelphia Eagles on September 13, 2020. They start the season as underdogs for sure. Ron Rivera will hope to start his reign in the American Capital on a winning note when they face the Eagles.