Aaron Rodgers has spent his entire career at Wisconsin based Green Bay Packers. The quarterback has endeared himself to the state to such an extent that he is the center of attention at Bucks’ NBA games too. Here the world learned about the 2×NFL MVP’s preference for beer drinking as he was humbled by a teammate. 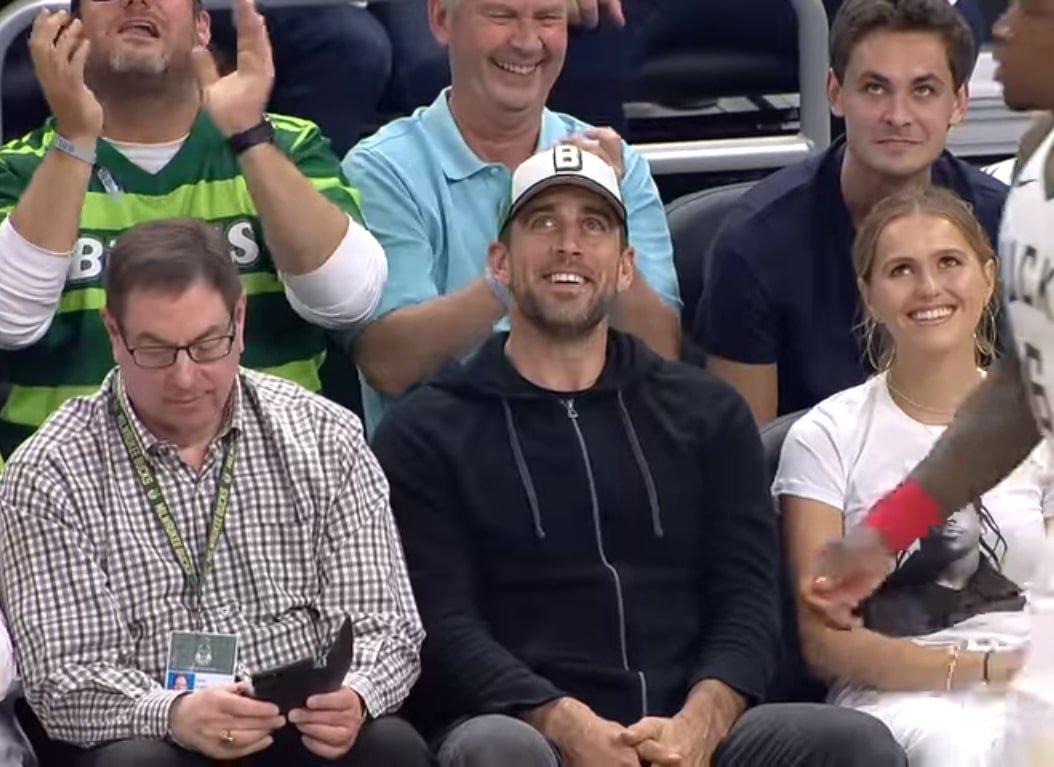 The Green Bay Packers quarterback and his offensive teammate David Bakhtiari were in attendance at the Fiserv Forum for the Milwaukee Bucks vs Toronto Raptors NBA Eastern Conference Finals clash. Despite not being at Lambeau Field or any other football arena in the country the duo still engaged in what fans anticipated would be a real contest. 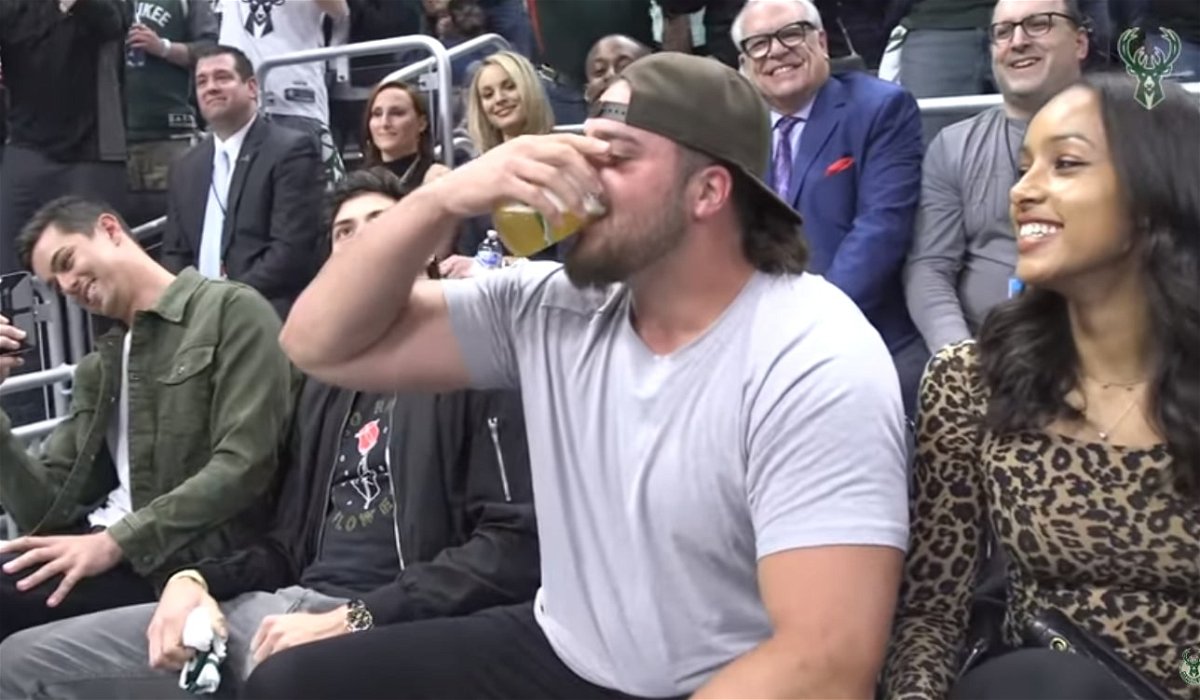 It began when Bakhtiari appeared on the giant screen. The linebacker promptly downed two beers in ten seconds and laid down the gauntlet to Rodgers thereby challenging him to top that.

Egged on by the audience Rodgers raised his glass to his mouth and drank. However, it appeared that he had no interest in chugging it for competition’s sake. Instead he opted to savor it. 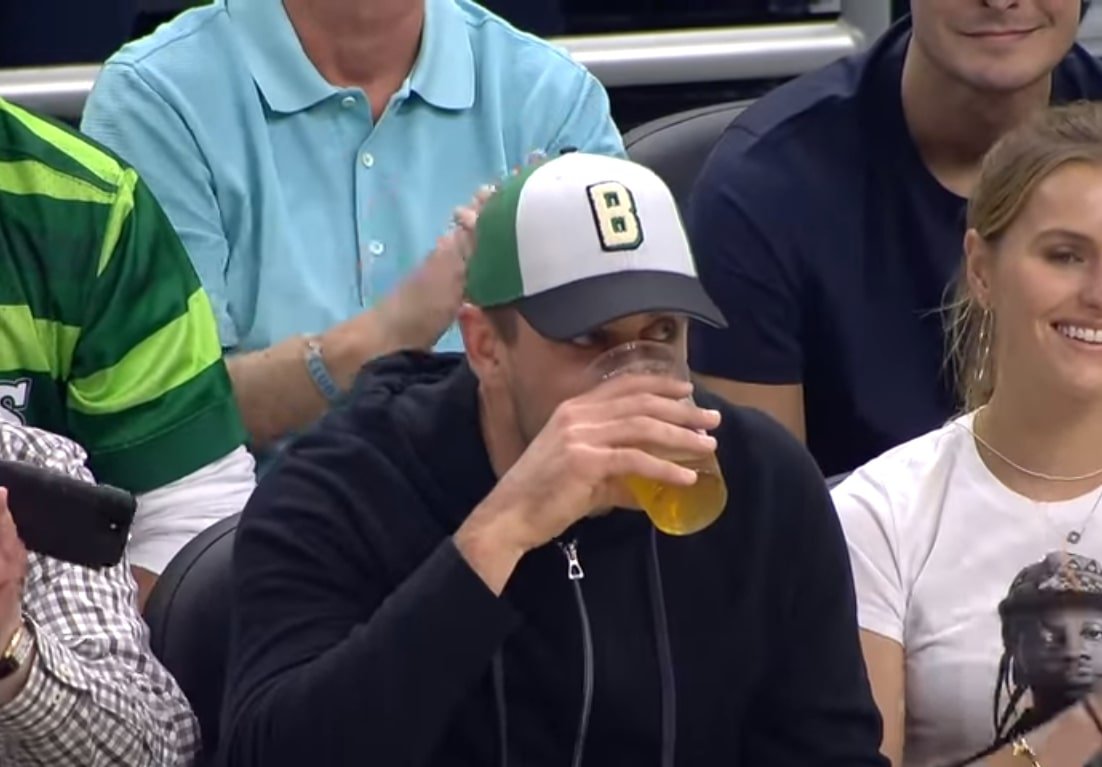 After 5 seconds as the noise amongst the crowd increased Rodgers amusingly raised a finger. He was asking for time and set his glass on the floor near his courtside seat before pointing back at his teammate.

Bakhtiari downed yet another glass in astonishing speed. Following this, he played the crowd and soaked in the adoration as he won the unofficial and impromptu contest.

In the aftermath, peers from other NFL teams started trolling the Packers quarterback by posting videos of themselves drinking beer.

Rodgers however did say he feels good about scotch. He told Packers reporters, “I kind of said what I said. If you want to go scotch, I feel pretty good about it. As far as those other guys, for some of them. There’s finally a talent where they can say they’re better than me at.”

Green Bay Packers and their fans wouldn’t mind Rodgers being second best anywhere else and to anyone else as long as he continues to be the best on the football field.

What did you make of Aaron Rodgers’ performance in the contest?

WATCH: Rob Gronkowski Participates in “What Can’t Gronk Do?”

“To me, it’s fans in the stands screaming ‘Go Pack Go’ and singing ‘Roll Out the Barrel-” Aaron Rodgers Talks About Playing Behind Closed Doors