San Francisco 49ers’ George Kittle recently made headlines after becoming the highest-paid tight end in NFL history. The record-setting 49ers signed a five-year, $75 million contract with that includes an $18 million signing bonus. Since joining in 2017, Kittle established himself as a fan favorite in San Francisco.

The Iowa College graduate also shares a close bond with head coach Kyle Shanahan. The pair have enjoyed some passionate sporting moments on the field in the last three years. Here’s a rather hilarious encounter from when the San Francisco 49ers played Los Angeles Rams in December last year.

This clip is from San Francisco 49ers’ 34-31 win over Los Angeles Rams in Week 16 last year. Kittle paid head coach Kyle Shanahan this compliment after a play he orchestrated resulted in a magnificent 46-yard gain. Easy-on-the-eye quarterback Jimmy Garoppolo threw a stunning ball up the field to wide receiver Emmanuel Sanders. Kittle was pleasantly surprised by this move and made that apparent when he yelled “You got some big ol b***s'” towards Shanahan.

Prior to the start of the coming season, 49ers head coach Kyle Shanahan had positive words reserved for his star tight end.

“He’s good with all the testing, so there’s nothing pulled or strained, just tightness. The way George moves, and the way he goes, he only knows one way. So when he’s tight, we’re going to protect him from himself, and wait until he’s not tight” Shanahan told the team’s official website. 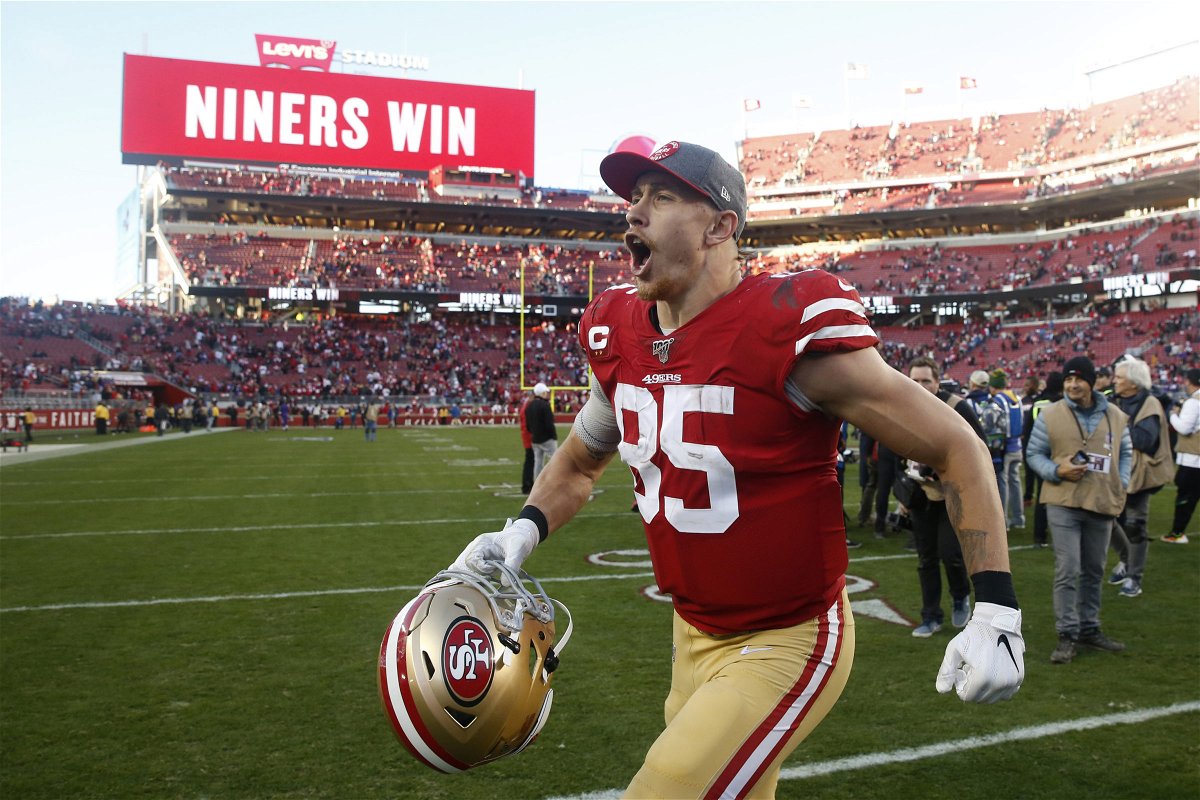 Shanahan further spoke about another star on the 49ers roster, Fred Warner.

He said, “Fred is as consistent of a player as we’ve had. He only goes one speed, similar to Kittle. He didn’t have the tightness that Kittle had, but we’re trying to protect Fred from himself. We think Fred’s ready to play. We still want to keep him going and keep him ready to play, so we’re not putting him on ice until Week 1, but I think it helped other guys get more reps today than it would have helped Fred being out there.”

The 49ers play Kyler Murray’s Arizona Cardinals in the opening game of their campaign on September 14, 2020. Shanahan will back his star tight end to come through when they take the field at Levi’s Stadium next month.