The AFC East division is wide open in some ways for the first time in many years. The dominant NFL franchise New England Patriots have lost quarterback Tom Brady, who helped the team clinch the title every time since the 2009 season.

The Patriots extended run as AFC East’s top dogs have seen Miami Dolphins, New York Jets, and Buffalo Bills spend a lot of time away from the spotlight.

However, these sides have maintained continuity and have the personnel to deny New England yet another divisional title. The battle for the division’s automatic playoff spot will keep fans on the edge of their seats.

The team will be listed in the order of their finish in the 2019 AFC East standings.

Bill Belichick returns for a 21st season at the helm of the New England Patriots. He extends his record for the longest spell by a head coach at a single franchise. Offensive coordinator Josh McDaniels remains for a ninth season. 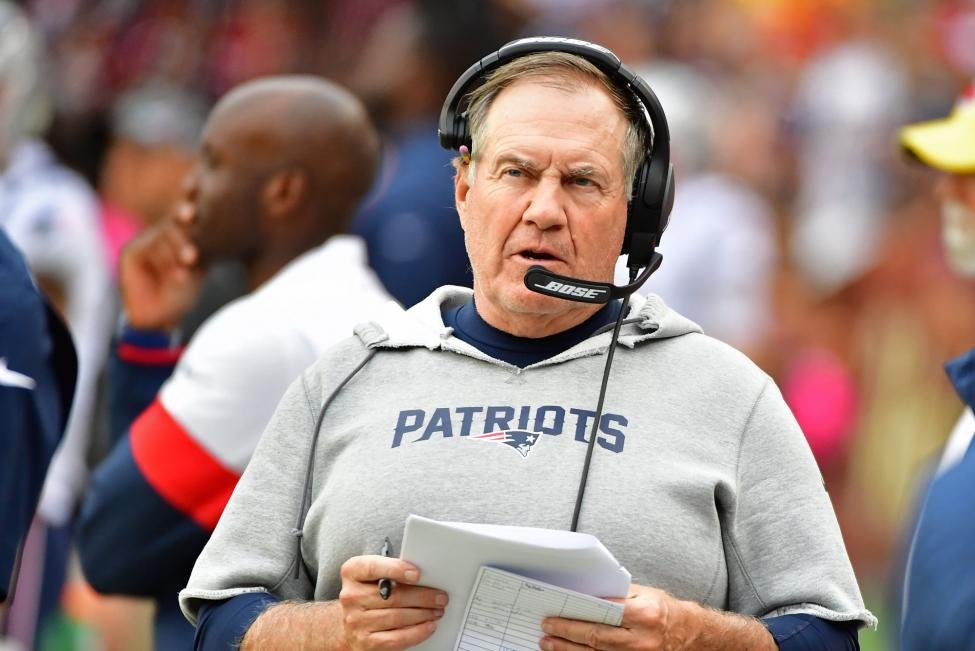 Defensive coordinator DeMarcus Covington received a promotion from the linebackers coach in 2019. Quarterbacks coach Jedd Fisch and special teams coordinator Cameron Achord come on board for a first season at Foxborough. Hence, it is safe to say that the winds of change have arrived for this all-powerful dynasty.

Newton is a prominent option and reigned as NFL MVP, but filling the void left by Brady will be a monumental challenge.

Besides the veteran quarterback, center Ted Karras too will not feature for the Patriots in 2020.

On the defensive team, five starters from the 2019 NFL season will not line up for 2020. These include defensive tackle Danny Shelton and linebacker Jamie Collins, who moved to the Detroit Lions.

Linebackers, Dont’a Hightower, and Kyle Van Noy have also moved on while safety Patrick Chung opted out of the 2020 season. However, Pro-Bowler cornerback Stephen Gilmore remains with the team. 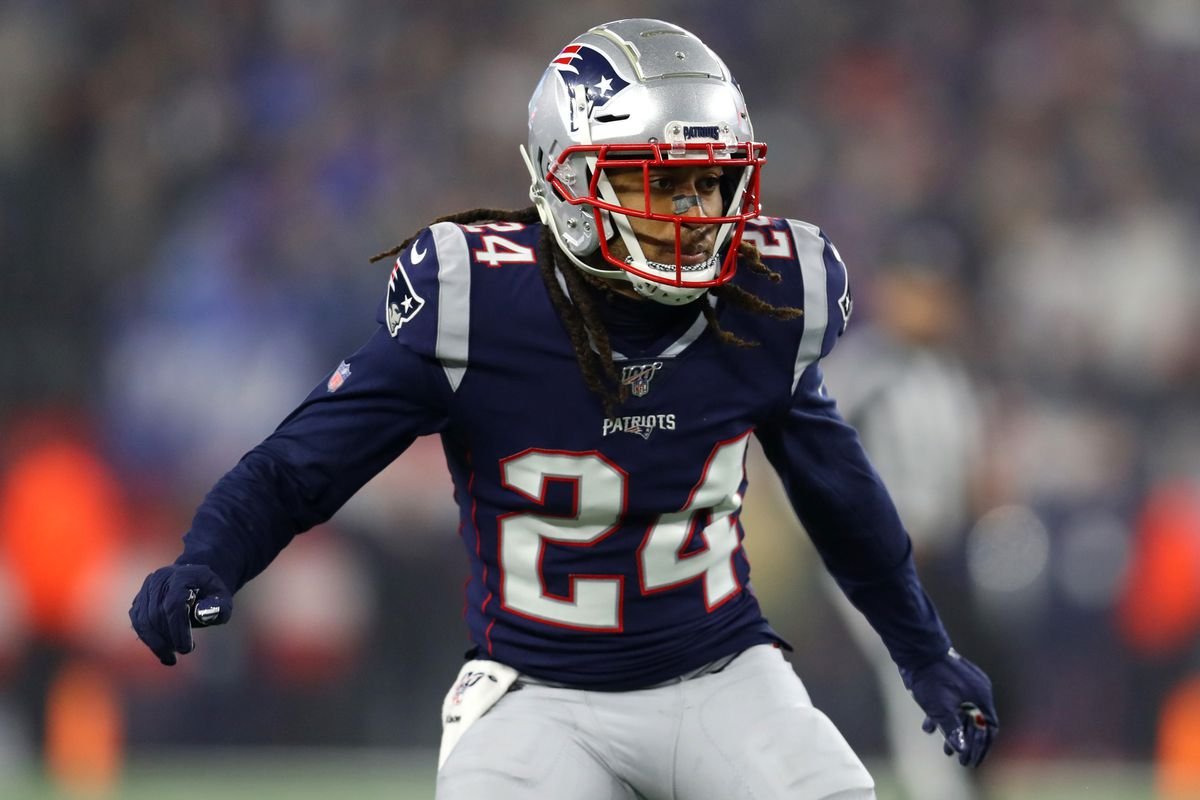 This indicates a mixed bag of continuity, and the Patriots seem more like a team in transition. They are in the imminent rebuilding phase after years of success.

Quarterback changes and key defensive member changes mean that they don’t head into the season with stability. It may take the team a few games to get into a groove, given the lack of a pre-season.

Fans will see anything but top spot as a step down after years of success being synonymous with this team. 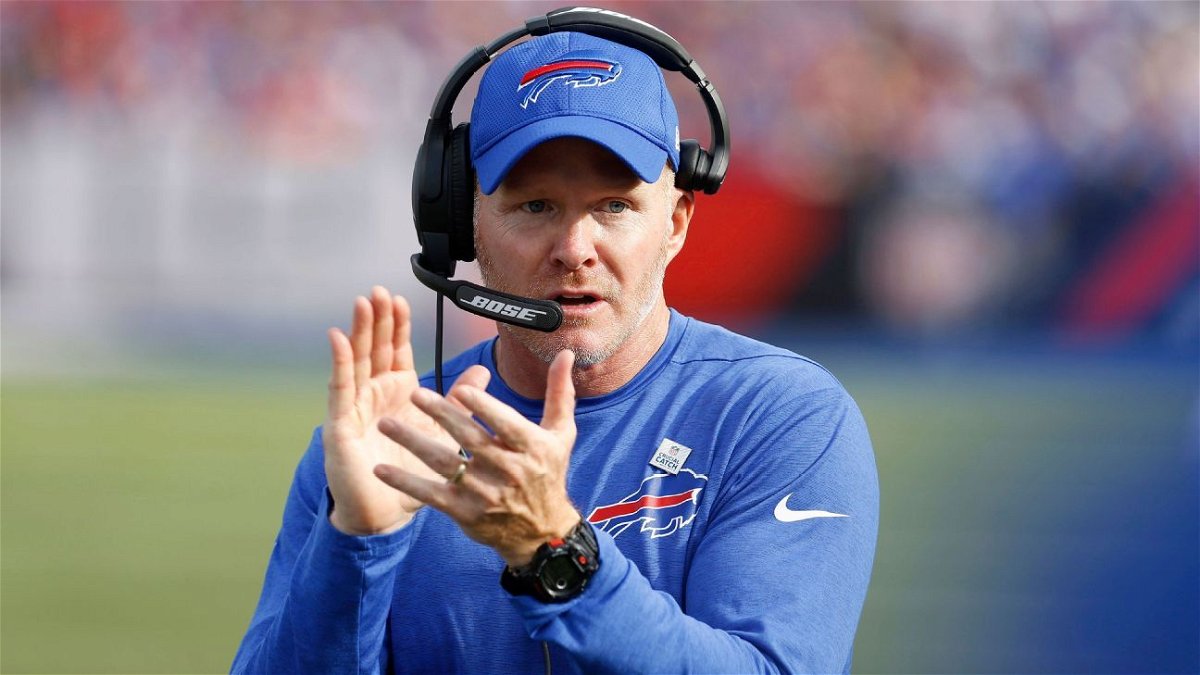 The group of coaches has been together for a year and on the offense and they have grown as a unit with Josh Allen who secured the starter’s role in 2018.

Josh Allen will be the undisputed starter and would want to prove why a team picked him ahead of Lamar Jackson at the 2018 NFL draft. All of last season’s starters will join him on the offensive line, which bodes well in terms of continuity as this group will pick up right from where they left off.

Allen had a combined 29 regular-season touchdowns in 2019 and given the seismic events in the north, he knows a repeat of last year will see the Bills as favorites to clinch an automatic playoff spot. 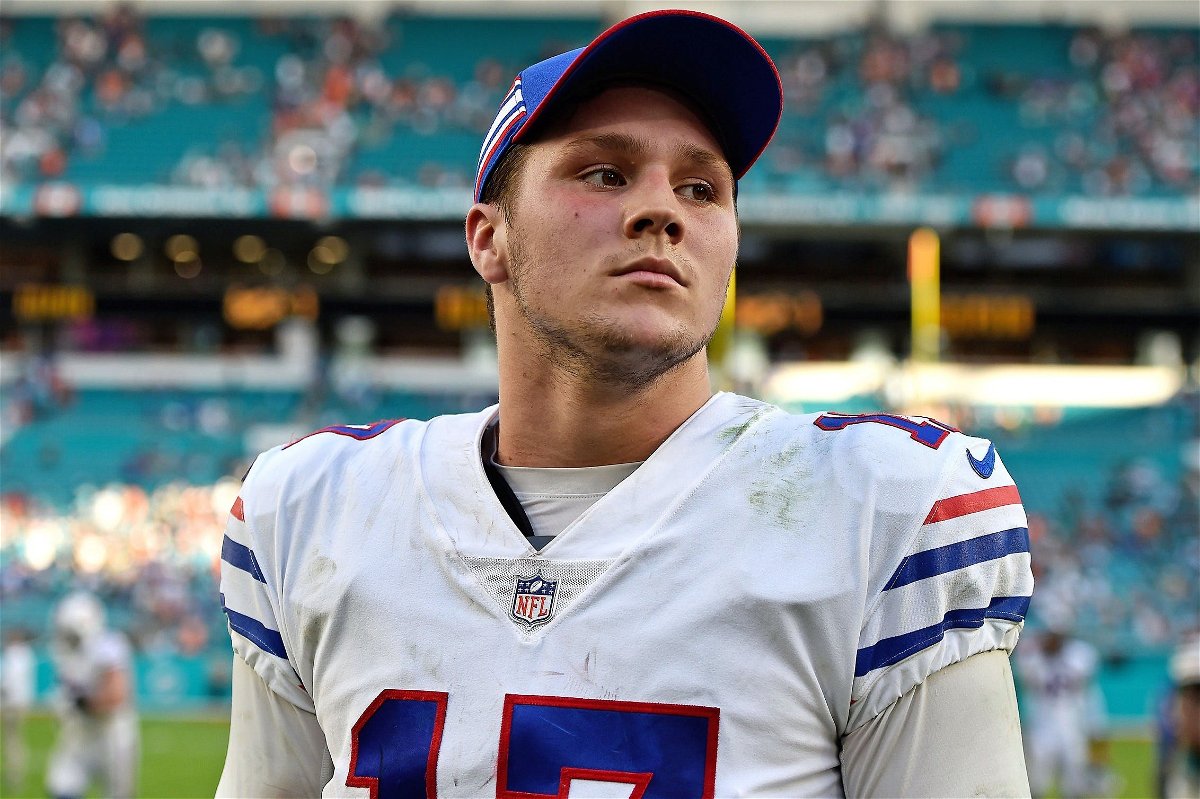 Nine players return on the defensive side of things, including 2019 Pro Bowler Kyle Williams. Defensive end Jordan Phillips is the only one to depart and has moved to the Arizona Cardinals. Also, defensive tackle Star Lotulelei has opted out of the side for the upcoming season.

Buffalo Bills have built well and retained their nucleus from 2019. This is a well-oiled unit that has gone through their rebuild, displayed results, and can ascend to the top in the upcoming season. 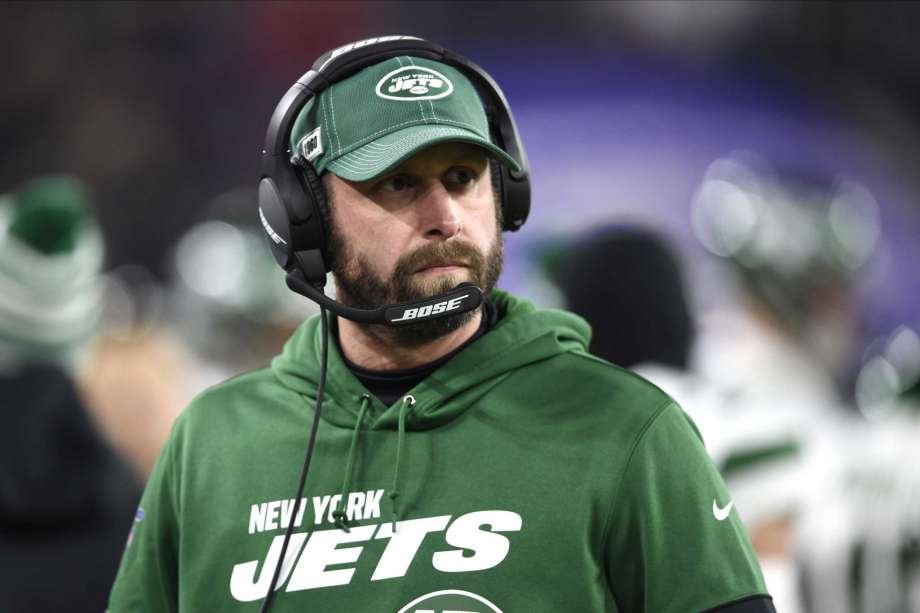 Meanwhile, special teams coordinator Brant Boyer will begin his fifth campaign with the Jets. This shows that the franchise is working for stability with their coaches, akin to the project undertaken by Buffalo Bills for the last few seasons.

Third season quarterback Sam Darnold had a better sophomore season in terms of touchdown passes, yards passed, and rushing touchdowns. The onus will be on him to find his rhythm before an empty MetLife Stadium in 2020. A restructuring of the offense will challenge him with two targets from 2019 having departed. 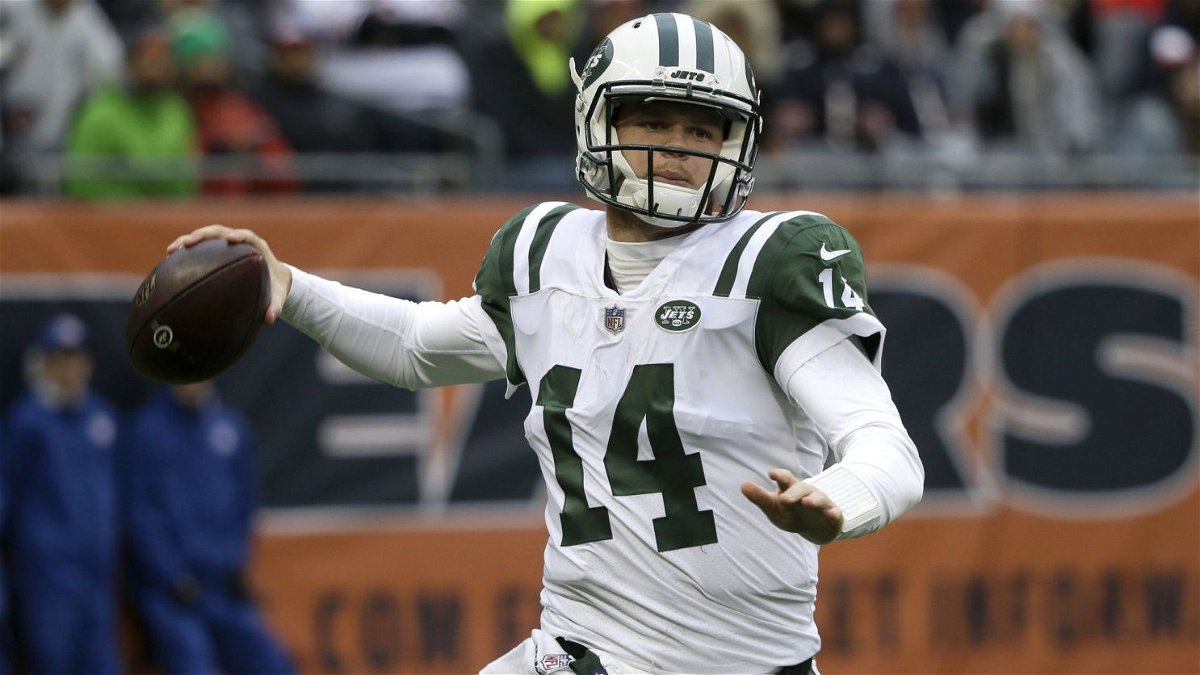 Wide receivers Demaryius Thomas and Robby Anderson have left the franchise. The former is a free agent and the latter will join Carolina Panthers for the upcoming NFL season. The departures list also includes offensive tackle duo of Kelvin Beachum and Brandon Shell.

The team has witnessed a saga play out with the Pro-Bowl defensive MVP Jamal Adams demanding a transfer and sealing a move to the Seattle Seahawks. Cornerback Darryl Roberts is another notable absentee after being released. He will feature for the Detroit Lions in 2020.

Read: A Complete Breakdown of Jamal Adams’ Trade Move to the Seattle Seahawks

Adams’ departure and losing two offensive tackles and wide receivers mark a lack of continuity in crucial areas of the team. This doesn’t bode well for the Jets ahead of the 2020 NFL season.

The team retained faith in Brian Flores, who could only manage five wins in his maiden season as head coach. Special Team coordinator Danny Crossman too remains for a second season. 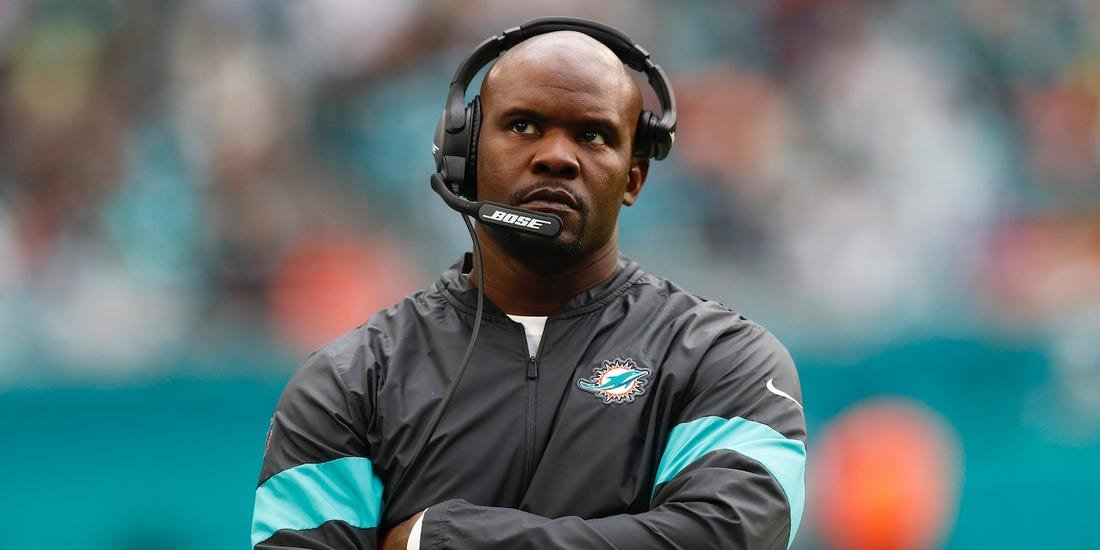 The side will welcome Robby Brown as quarterbacks coach and Chan Gailey as the offensive coordinator. The latter occupied the same position at Miami at the turn of the century. Also, Josh Boyer will take charge as the defensive coordinator in his second season with the franchise.

Boyer and Flores have worked with each other in New England’s defense and will be ideal in molding the team for the future.

Quarterback Ryan Fitzpatrick has remained with the franchise. But he faces a battle with a top 5 draft pick vying for his spot. The situation isn’t detrimental with Tua Tagovailoa being a sure shot replacement, but for continuity’s sake, Fitzpatrick must get another season which will be his second with ‘Phins.’ This will help the youngster ease into the NFL, perhaps take a few snaps. 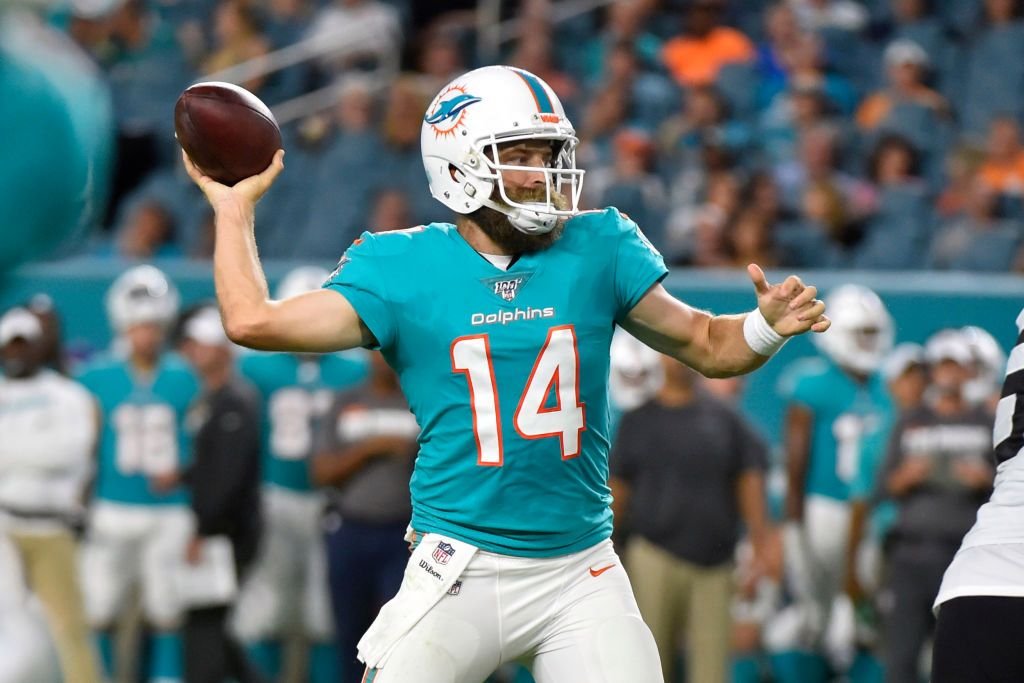 Center Daniel Kilgore is last year’s only starter who will not feature and is a free agent right now.

Defensive tackle Davon Godchaux who finished the NFL in second for most regular-season tackles will feature for the team. The Dolphins only 2019 Pro Bowler, cornerback Xavien Howard is on the physically unable to perform list but is part of the squad.

Linebacker Avery Moss started 11 games last season, and he has moved away from the team. Another linebacker Vince Biegel is part of the team, but an Achilles injury effectively rules him out for the 2020 NFL season.

The squad will feel a void in this spot on the line of scrimmage and could prove costly for them. However, their draft moves show that they will invest, build, and challenge in a few years rather than go for quick fixes.

How will the AFC East division play out in 2020?

All the signs point to the Buffalo Bills running away with the title, New England has the pedigree and it will be tough to see them collapse dramatically. They could finish second unless the Dolphins surprise one and all with an astonishing reversal of forms. 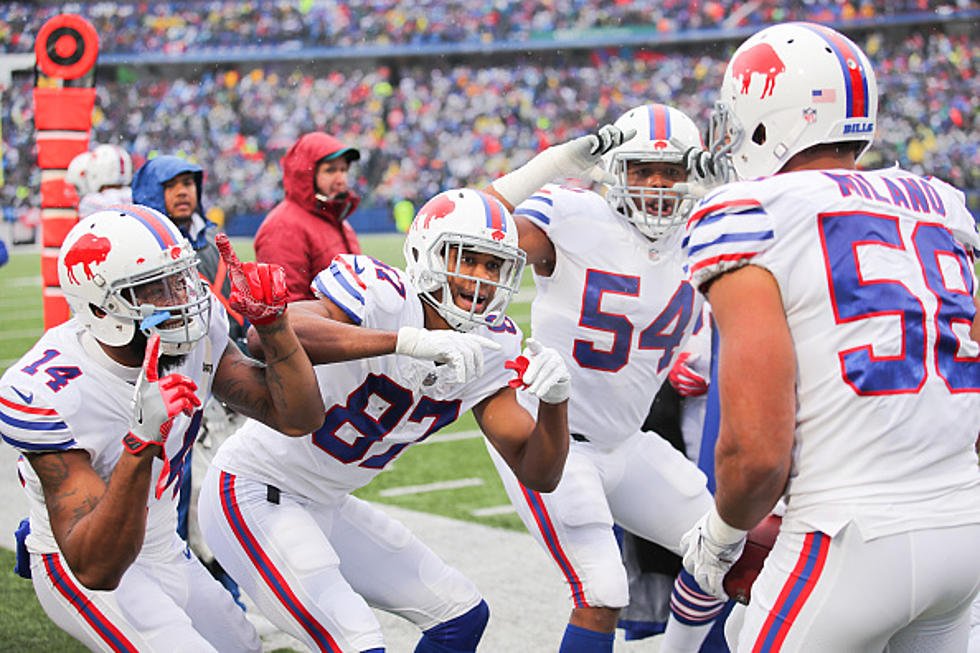 The Miami Dolphins however seem prepared to play the waiting game and will realistically target a wildcard spot for the playoff. The New York Jets seem the weakest in terms of continuity. They could secure the wooden spoon in the AFC East and probably get a top pick at next year’s draft.

Will We See a Patrick Mahomes – Josh Allen ‘Pro Bowl Battle’ This Season?

Tom Brady Trolls Himself With This Epic Reply to Logan Ryan