Kyle Shanahan-led San Francisco 49ers endured heartbreak in their final game of the season last year. A 31-20 loss to Patrick Mahomes-led Kansas City Chiefs in Super Bowl LIV crushed the dreams of 49ers players. The loss meant that the San Francisco-based franchise will have to wait a bit longer to win that elusive sixth Lombardi Trophy.

Despite the loss, there were plenty of positives to take from the loss against the Chiefs. Head coach Kyle Shanahan will be optimistic heading into the 2020 season. Having signed a new six-year contract extension with the 49ers earlier this year, Shanahan will be eager to go all the way once again.

The 40-year is blessed to have one of the most complete rosters in the league this year. But can the 49ers put behind the Super Bowl disappointment or will that serve as a mental roadblock in 2020?

49ers’ head coach addressed the media after Monday’s preseason training drills were completed. He spoke about his team’s prospects in 2020 and also touched upon last year’s incredible Super Bowl run.

He said, “We do have a different team this year. There are different players, different coaches, and even the people who are the same; you’re always different the next year, and you’re either worse, or you’re better,” Shanahan said. “We’ve got to work pretty dang hard to be better than we were. If we’re not, then it’s going to show. So that’s what our guys are kind of focused on that. How much better can we be? We’ve got to find that in order to get to that spot. We also know we’ve got to find that just to get to the playoffs. I don’t think guys think about much of the year before.” 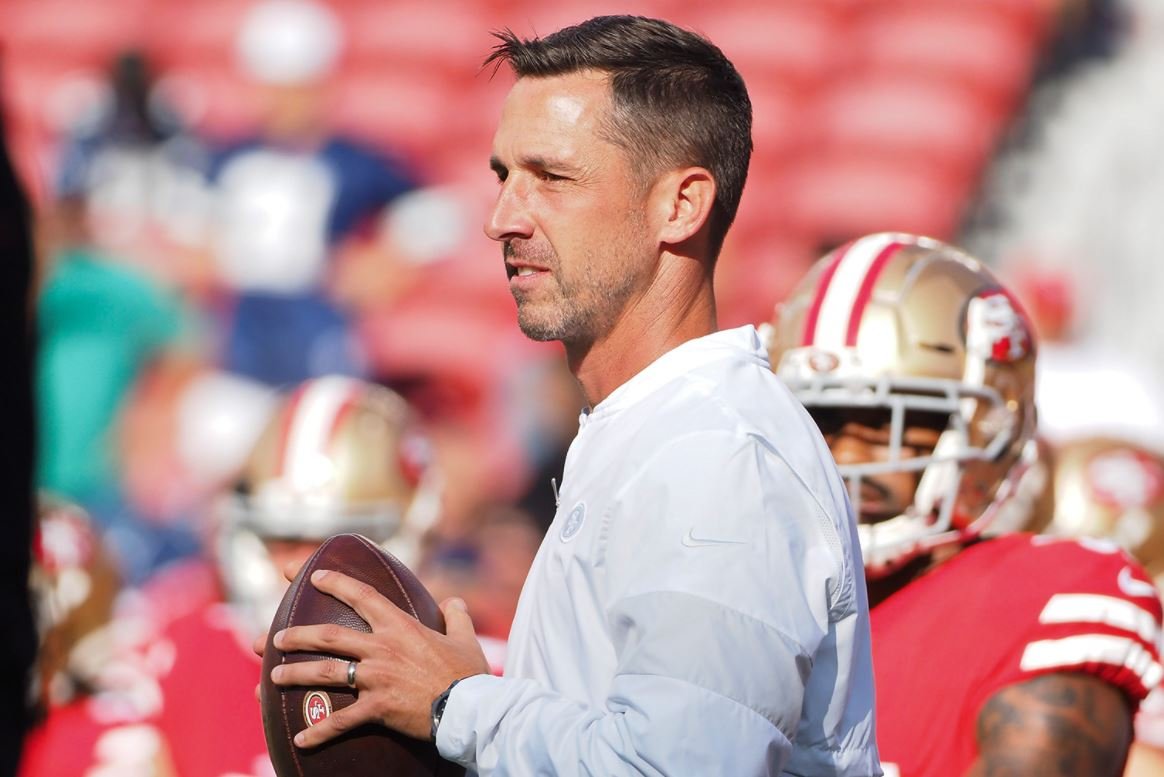 “You’ve also got to understand that in this league, you only get better or you get worse, and it is very hard to get better when you think you were that good. You better be extremely humble, you better recognize that, and you better be willing to put in the pain and sacrifice that it goes through to get to that moment,” Shanahan said. “I always say that in order to get to heaven, you’ve got to go through hell, and I feel like that’s what you do … If you do, that gives you a chance at the end of the year to be the only happy team in the league,” Shanahan told the press via 49ersnation.

Shanahan’s boys start the 2020 season with a challenging game against Arizona Cardinals. The likes of dual-threat QB Kyler Murray, former Houston Texans WR DeAndre Hopkins, and others will test the 49ers’ defense on opening day. Can last year’s Super Bowl runners-up begin with a win at Levi’s Stadium when these two teams clash in September?