US Open 2020 winner Dominic Thiem recently revealed that his matches and rivalry with Rafael Nadal are both unique. In an interview, the World No.3 talked about his relation with World No. 2 Nadal. Thiem described the latter as a friendly and likable guy with a good sense of humor. He even labeled Nadal as the ‘best player of the clay court.’

“He is a nice and likable guy. We often talk about soccer, off the court he is easy going and has a good sense of humor,” responded the Austrian when asked how he gets along Nadal, off the court. 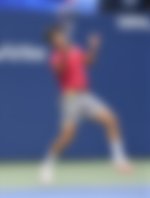 It is easy to understand the level of friendship and understanding between the two great players. The two often talk about soccer and even issues other than the sport. This stands as an epitome of sportsmanship.

One question was about his most memorable moment against Rafael Nadal. Thiem was confused between two classic encounters. One in Melbourne in 2020, where he won, and the other in New York in 2018, where he had to taste defeat.

“The matches at the Australian Open in 2020 and at the US Open in 2018 were by far the most awesome meetings. In Melbourne, I won in four sets in the quarterfinals, in which I won three tie-breaks. In New York, I had to take defeat in five sets by a 6:7 in the decisive set, a match that took almost five hours.

“It was an unforgettable thriller on a big stage in Ashe-Stadium with a crowd of 23.000 fans. You could feel the incredible atmosphere all over the place,” said the 27-year-old Thiem.

Dominic Thiem certainly shares a friendly and healthy relationship with the 19-time Grand Slam winner. It is anecdotes like these that become an inspiration for everyone. It coveys the message to the fans that mutual respect, appreciation, and sportsmanship come before rivalries.

Rafael Nadal is currently playing at the Italian Open 2020. He will face Dusan Lajovic in the third round of the tournament.