Nick Kyrgios is in Australia playing no part in the ATP Tour. The Australian decided against playing the resuming season due to the pandemic and has indicated that he might not play again in 2020. But off the court, he has been active with the Nick Kyrgios Foundation. 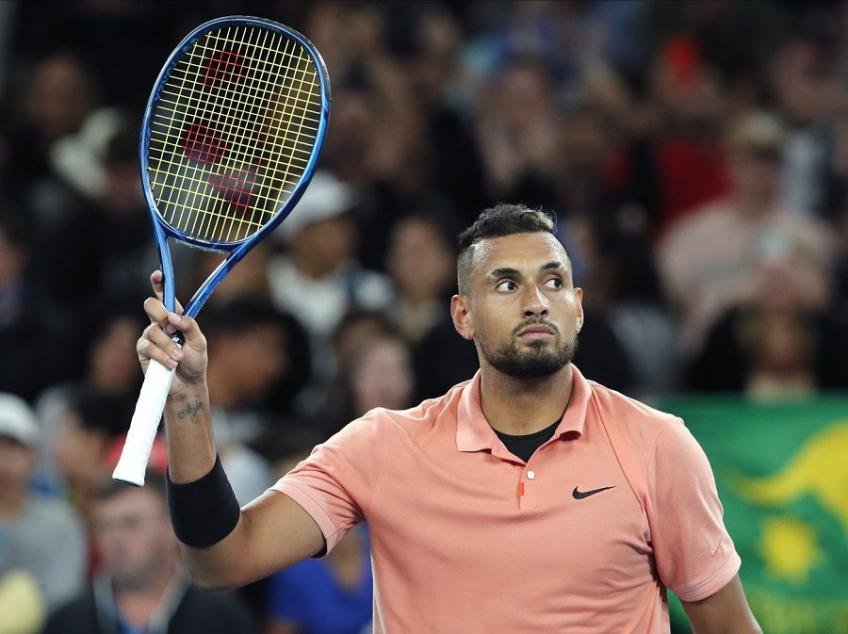 Kyrgios pledged to support and aid the Gungahlin Tennis Facility in the Australian Capital Territory(ACT) in Canberra through his foundation.  Kyrgios who lives in Canberra wants to help disadvantaged kids in realizing their potential and falling love with the sport.

“It’s going to give a chance for disadvantaged kids. Funding to get them out here and play together. To have another facility like this, hopefully, my foundation can give kids a shot to get out there and play and hopefully they fall in love with it and something great happens. I just want to come down here and see people happy.” Kyrgios said.

The NK foundation will give free tennis coaching throughout the year at the facility to kids under the age of 18. There will also be a focus on team bonding with regular social outings and team experiences.

Tennis ACT chief Kim Kachel praised Nick Kyrgios’ efforts and generosity. “Nick is always supportive of the local tennis landscape here in Canberra and we are excited that his generosity will provide kids the opportunity to get on court through the NK Foundation,”

Coming to his on-court ventures, Kyrgios isn’t very optimistic about his chances of participating in 2020. He still is against playing tennis during the pandemic. Even his compatriot and WTA World No.1 Ashleigh Barty surprised everyone after she decided not to defend her French Open title in the coming weeks.

Kyrgios has been a critic of the functioning of tennis during the pandemic. He has lashed out at several players and organizations for being careless in their approach with the coronavirus.

Read More: Nick Kyrgios Puts Himself at Par With Roger Federer and Rafael Nadal in an Elite Category of Tennis

“Not Looking for Media Attention”: Nick Kyrgios on His Charitable Activities in 2020

“We Can Work Something Out”: Nick Kyrgios Sparks Return to Tennis in 2020 at UTS