In a strongly worded message, Nick Kyrgios has revealed his decision to not play the US Open later this month. Kyrgios said that the virus does not care about your world rankings and how much money you have. He added that it hurts him to his core to not be part of the event, but it is the need of the hour.

“I will not be playing this year at the US Open. It hurts me to my core not to be out there, competing in one of the sport’s greater arenas – the Arthur Ashe Stadium,” said Kyrgios, in the video put out on Twitter.

“I’m sitting out for the people, for my Aussies, for the hundreds of thousands of Americans who have lost their lives. For all of you. It’s my decision, like it or not, and those are my reasons,” added the flamboyant Aussie player.

No problem with US Open but act responsibly, says Kyrgios

Kyrgios expressed that he has nothing against the United States Tennis Association (USTA) for organizing the event this year. As for the players, he said that it is their decision to play or not, given that they act responsibly.

“I’ve got no problem with the USTA putting on the US Open. And if players want to go, that’s up to them. So long as everyone acts appropriately and acts safely,” added the 25-year-old.

Nick Kyrgios confirms he is OUT the US Open in a strong video, where he repeats most of the things he has been saying lately. pic.twitter.com/g9gKVaZp7z

He went on to say that staff members during events such as the restaurant workers, cleaners, and locker room attendants are the ones that need to keep their jobs the most and he understands that.

Nick Kyrgios has been very vocal recently, opposing players who took part in the Adria Tour event and those who were seen ignoring safety protocols.

Nick Kyrgios urges players to not be selfish

Through his message, Kyrgios took another shot at them and said players “cannot be dancing on tables” or “money-grabbing your way around Europe”. 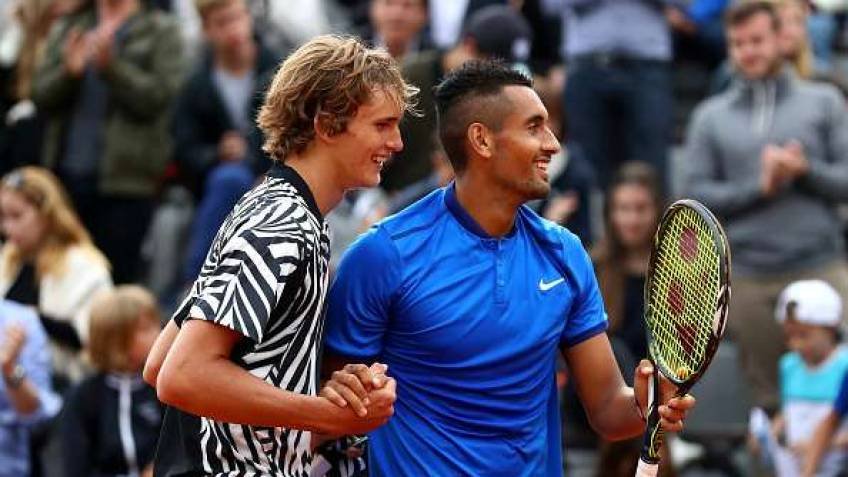 “Tennis players, you have to act in the interest of each other and work together. You can’t be dancing on tables, money-grabbing your way around Europe, or making a quick buck hosting an exhibition. That’s just so selfish,” the youngster said.

“Think of the other people for once. That’s what this virus is about. It doesn’t care about your world ranking or how much money you have. Act responsibly,” the former Cincinnati Open finalist added.

“To those players that have been observing the rules and acting selflessly, I say good luck to you. Play at your own risk and I have no problem with that,” Kyrgios further said.