“That Throwback’s for You, 7-Time” – Top Twitter Reactions as Jimmie Johnson Turns 45

The Night City Wire Episode 3 is almost here and CD Projekt Red is already teasing what fans can expect in the reveal. Obviously, there are things that fans still need to know about Cyberpunk 2077 and it looks like CDPR is ready to grant their wish.

The official Cyberpunk game account on Twitter announced earlier that the third episode will include more information about the Night City gangs.

Join us on Friday, September 18 at 6PM CEST, at https://t.co/y8iUIM0gBv for the 3rd episode of Night City Wire! We'll take you on a tour around Night City, check up on its gangs, and give you a sneak peek into the creation of #Cyberpunk2077 original score. pic.twitter.com/FoplKXn7Ic

Recently, they also added to it by saying “We have a small change in the lineup – we won’t be talking about #Cyberpunk2077 music just yet. We will, however, have some cool news that many of you request. Or should we say… *require*? Nothing else changes – see you on Friday at 6 PM CEST at http://twitch.tv/cdprojektred!”

We have a small change in the lineup – we won't be talking about #Cyberpunk2077 music just yet. We will, however, have some cool news that many of you request. Or should we say… *require*?

Nothing else changes – see you on Friday at 6 PM CEST at https://t.co/cBU8yS6pfc!

Of course, the internet sleuths knew what they were hinting towards. It is possible that the developers will finally unveil the Cyberpunk 2077 System Requirements. The game is pegged to be a step into the future with its stunning graphics, Ray Tracing capabilities, and more. This will definitely require a decent rig to run it for PC players. It will be interesting to see how the game breaks certain barriers and if it’ll be accessible on seemingly less powerful machines. 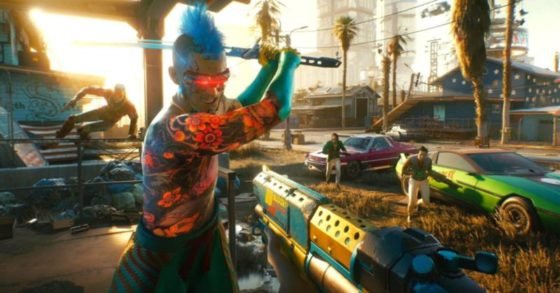 Additionally, the preview also promises to reveal more about the gangs in Night City. The teaser video shows nine different gangs in the city. Players will possibly cross paths with them during the course of the game and each of them will play a role in the game’s storyline. Unfortunately, the preview will no longer include the details about the game’s music.

Every episode of the Night City Wire has shown something different hat Cyberpunk 2077 brings to the game. The first episode gave an insight into the ‘braindance’ feature of the game, and the second one introduced the weapons, combat, and life choices. This goes to prove the depth behind the game’s story, mechanics, and the open-world that CDPR has created. This is attention to detail is going to be one of the biggest reasons for the success of the game.

The Night City Wire Ep. 3 goes live at 6 Pm CEST and fans can tune in Twitch for the same. More links will be available closer to the event.

It’s Official: Cyberpunk 2077 Has One of the Most Complex Open-Worlds Ever