World number one tennis player, Novak Djokovic recently faced a storm of criticism for organizing the Adria Tour across Serbia and Croatia. Ever since Djokovic himself tested positive for the novel coronavirus, along with Grigor Dimitrov and Borna Coric, the global tennis fraternity just broke out on him with full force. Later, news also came out that the 31-year old Serbian’s wife, Jelena and his coach Goran Ivanisevic, too contracted the viral disease. 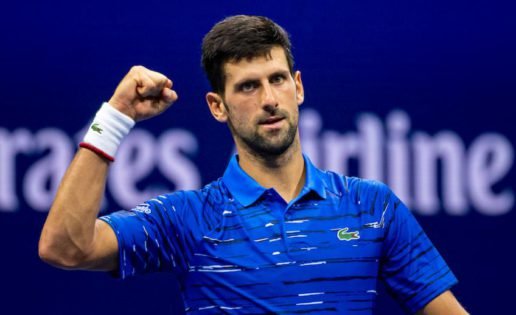 Novak Djokovic now has a skiing slope in his name

Irrespective of the criticism he faced from other athletes, Djokovic’s market value and popularity haven’t dropped a bit. More interestingly, he is not even staying locked at home during the pandemic. Responding to the prayers of his fans, the Joker has quickly recovered from COVID-19. And recently, he inaugurated a ski slope named after him in the resort of Jahorina, in Bosnia and Herzegovina.

‘We are Tennis France’ posted a series of photographs on Twitter with a caption that reads,

“Novak Djokovic inaugurated a ski slope in his name in the resort of Jahorina, in Bosnia and Herzegovina.”

(Note: The caption was originally written in French. We have translated it into English using Google’s translation services.)

The 17-time Grand Slam winner is quite fond of skiing. In the past, Djokovic had claimed that skiing has improved his tennis skills. Back in February, Novak took his entire family to the Italian Alps where they skied throughout the day.

Sport is in his veins😍🎿😀
Nole is skiing in Italy, for vacation🎿
Enjoy your time champ @DjokerNole 💙💙💙

Skiing is in Novak’s blood

He once said, “Skiing, it kind of runs in my veins. I come from a professional skier’s family. My dad used to compete. My uncle, my aunts. For us, it’s kind of normal to be on the slopes. I grew up on the mountain. I think skiing has affected the flexibility I feel of my ankles, my joints.”

It is a well-known fact that Novak’s father, Srdjan Djokovic, is a retired professional skier. Not only his dad but Novak’s several other relatives, including an uncle and several aunts, had been skiers themselves. Therefore, it would have been understandable that if tennis hadn’t been Novak’s first choice, he would have definitely chosen skiing over any other sport. 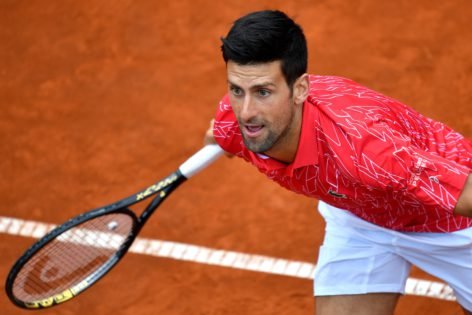 The ATP Tour is about to resume next month with the US Open, scheduled to start on August 31. The French Open will follow soon after, starting on September 13. Since the schedule is a bit cluttered, there is a huge possibility that most players will choose between either event. In that scenario, it looks very much likely that Novak would participate in the US Open. He has given such a hint. Only time will tell if we’ll see him at Rolland Garros or not.