Everton Sack Marco Silva after 18 Months at the Club

Novak Djokovic has had an amazing 2019 winning 2 grand slams and 2 Masters titles. Despite such a wonderful year he finished the year as world no.2 behind Rafael Nadal. Goran Ivanisevic, who was recently added to the Serb’s coaching team has spoken about the upcoming 2020 season in a recent interview.

“Novak will bite even more in 2020 because he lost world no.1”, he said, as he believes that the world no. 2 will work even harder and perform even better in 2020 as he is motivated to regain the title that he lost.. 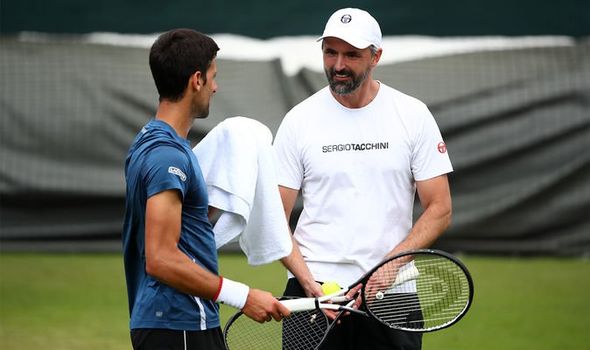 Goran Ivanisevic also revealed the preparations of the Serb.”We start with training on December 9 in Monte Carlo and on the 16th we go to the exhibition in Abu Dhabi. Then we get to Christmas in Dubai, when Marian Vajda takes the lead role and goes to Australia with Novak”.

Marian Vajda has been Novak Djokovic’s coach for a long time. He played a crucial role in helping Novak play his best tennis in 2018 and win 2 grand slams so it’s no surprise that he will  still be playing a major role in Novak’s coaching.

Goran Ivanisevic also said that there will be no overlap in coaching duties.“Novak wants to have only one coach with him. So Marian and I agreed that he would be there at Australian Open and Roland Garros and I at Wimbledon and US Open.”

Goran Ivanisevic has worked with many players before Novak Djokovic like Marin Cilic, Tomas Berdych and Milos Raonic. He said that working with them never gave him as much pleasure when compared to working with the Serb.

” It helps that we have a similar mentality and that we speak the same language. It is not always easy to express yourself in English. He is a perfectionist, always wants to talk, seeks advice, still wants to move forward.” He added.

Goran Ivanisevic’s assistance helped Novak Djokovic sweep a 5th Wimbledon title making 2019 a very special year. He will be hoping that this alliance will help him have another dominating year like 2015.