Novak Djokovic and Team Serbia were seen having some fun at the Lone Pine Koala Sanctuary in Queensland ahead of the ATP Cup 2020. Australia is home to the largest population of the endangered species. Djokovic explored the Koala lifestyle while also answering some questions of the Australian media.

What Did Novak Djokovic Say?

Novak Djokovic revealed his excitement at meeting the cute animal. The Serb took the opportunity to express solidarity with the victim of the Australian Bush Fires.

He reflected upon the fact that many Koalas and Australian wildlife species are losing their habitats because of these fires. This pushes these already endangered animals to the brink of extinction.

However, he also expressed happiness at the fact that it is possible to start conversations about conservation and their rehabilitation. He was hopeful that things will sort out soon enough.

What Lesson Does Djokovic Learn From The Koala?

The World Number 2 and the defending Australian Open champion actually learns some lessons from the lazy Koala. Djokovic feels that the Koala teaches you that simple things are the best. In fact, a laid back mind and attitude might be all that you require to achieve happiness.

How Does Team Serbia Look For The ATP Cup 2020?

Team Serbia is part of the relatively competitive Group A. It features the like of France (led by Gael Monfils), South Africa (led by Kevin Anderson)  and Chile (led by Cristian Garin). 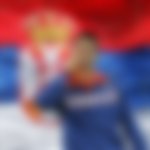 The other players in Team Serbia are Viktor Troicki, Nikola Cacic, Nikola Milojevic and Dusan Lajovic.

Team Serbia will start its campaign on Saturday as they take on the South African team. Post that, all eyes will be on Novak Djokovic as he looks to defend his Australian Open crown.

Do you think Novak Djokovic can lead Team Serbia to victory at the ATP Cup?