Novak Djokovic increased not just his tally of Grand Slams, but added a significant amount of money to his career prize money in just over a month in 2020. The Serbian has now earned a total of $143 million through prize money. 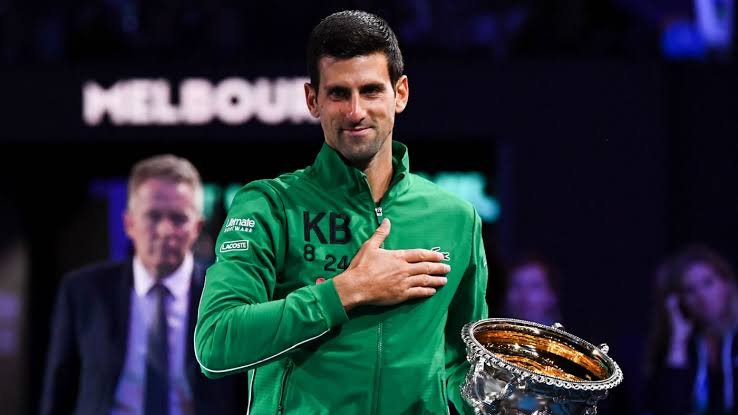 The 2020 Australian Open victory earned Novak a cool $2.7 million to add to his kitty. Federer, who lost to Djokovic in the semi final earned around $698K.

The ‘Big Three’ win most of the big titles and consequently the most prize money. It comes as no surprise then that they are the only players to have crossed the $100 million mark in prize money.

While the Serbian may still be trailing his rivals Rafael Nadal and Roger Federer in Grand Slams, he is well above them when it comes to the prize money earned. Federer sits on the second spot with around $129 million and Nadal on third with $120 million.

A windfall for Novak Djokovic

The Serbian had a more lucrative first month than usual in 2020. All thanks to the maiden ATP Cup that was held before the Australian Open.

The ATP Cup is a team event wherein 24 nations competed for the title, along with 750 ATP points and $15 million in total prize money.

Novak Djokovic had a great ATP Cup with Serbia as they went on to win the maiden edition of the tournament. Adding his Australian Open prize money to his ATP Cup prize money, Djokovic earned an astonishing total of $3.9 million.

If you do the math, you realise Nole earned $1.2 million in the ATP Cup itself. Now if that is not a good deal, what is?

And we are not even in the second week of February yet.

Nadal who lost in the quarter final of the Grand Slam to Thiem earned a total of $981K, including the $353K from the 2020 Australian Open. Federer did not participate in the ATP Cup.

Dominic Thiem, who made the final of Australian Open, earned a total of $1.69 million, out of which $1.38 came from his run to the Slam final.

Roberto Bautista Agut lost in the third round of the Major, earning just $120K in the event. However, he also earned a significant sum of $728K from the ATP Cup event

All in all, the ATP Cup has proven to be quite lucrative for all players who participated in it. Nole, however, has once again outdone everyone else in terms of prize money.

Rolex Paris Masters 2020 Faces Another Hurdle Ahead of Event

ATP Vienna Open 2020 Faces Another Hurdle Ahead of the Event