The Olympics is the biggest sporting event in history. Athletes all over the world train hard for months, for that one moment where they get to prove themselves.

This year too, during the Winter Olympics, an athlete has displayed kindness and empathy even after he won the Gold medal.

On February 11th, he showed complete dominance during cross country skiing and was the first to cross the finishing line. He won his 3rd Olympic Gold medal there. Previously, he had won the 50km classic race in Pyeongchang four years ago and the classic team sprint at the 2014 Games in Sochi.

However, it was his actions after the race which brought in praise and respect from all over the world. After finishing the race in 37 minutes and 54.8 seconds, Niskanen did not leave. He waited there at the finishing line until all his competitors had crossed it; a stunning display of sportsmanship.

This is the third gold medal of his career 🤩👏 pic.twitter.com/geanRHd1JF

He waited there for a full 18 minutes until Carlos Andres Quintana of Colombia crossed the line, finishing last. When asked about his action, he said that everyone has worked equally hard to be there. Therefore, every athlete must be treated with respect.

“All athletes must respect each other,” Niskanen said. “Everyone has worked hard to be here.”

This was a to be captured moment. Niskanen was waiting at the finishing line to embrace Carlos with open arms as he completed the race. He could have easily gone away after winning the Gold medal but he didn’t do any such thing.

A true display of the Olympic spirit

Moreover, Niskanen has added that some countries do not have enough budget to give the best service to their athletes. These countries, however, must be treated equally and given equal respect.

“You have to show this kind of respect at the Olympics towards countries that don’t have much budget to get the best results, unlike the best nations.” 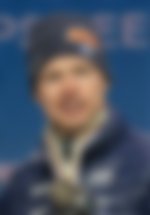 Iivo Niskanen’s act has garnered praise from all over the world. This was one of those moments which show the true spirit of sportsmanship as well as the spirit of the Olympics.