Sha’Carri Richardson suffered a huge setback as she was handed a one-month suspension, ruling her out of the 100m event for the Tokyo Olympics 2021. This came after she failed the drug test for Marijuana after the race at the Olympics trials. With her achievements at the meet voided, her participation in Tokyo is also in question.

There has been a lot of heat around the decision made by the US Anti Doping Agency and the USA Track and Field authorities. Fans argue that marijuana must not be counted as a performance-enhancing drug. More argue that the drug has been legalized in Oregon, the state in which the trials were held.

In recent posts on Twitter, USWNT stars Alex Morgan and Megan Rapinoe supported Sha’Carri Richardson and her boldness during the hard decision. Grieving the loss of her mother coupled with this is immense, and she will have to deal with this setback.

This is trash. Standing with @itskerrii 💯. This has BEEN outdated.

Feeling so terrible for @itskerrii right now. Just know, we are with you!!

The USWNT displayed their dominance against Mexico

The USWNT is heading to the Tokyo Olympics in a month and is set to do whatever it takes to win the Olympic Gold medal this time, something that evaded them in Rio 5 years ago. The team, arguably in the best form it’s ever been in plans on reasserting its dominance of the women’s football world through yet another display of class.

The team just proved how well balanced it is by annihilating the Mexicos women’s team, earning a 4-0 victory over the visitors. The friendly match, held at East Hartford, Connecticut on Thursday saw a perfect team performance. The players managed to score 4 goals while keeping a clean sheet, which is quite fairly a big statement on how strong the team is in every aspect. 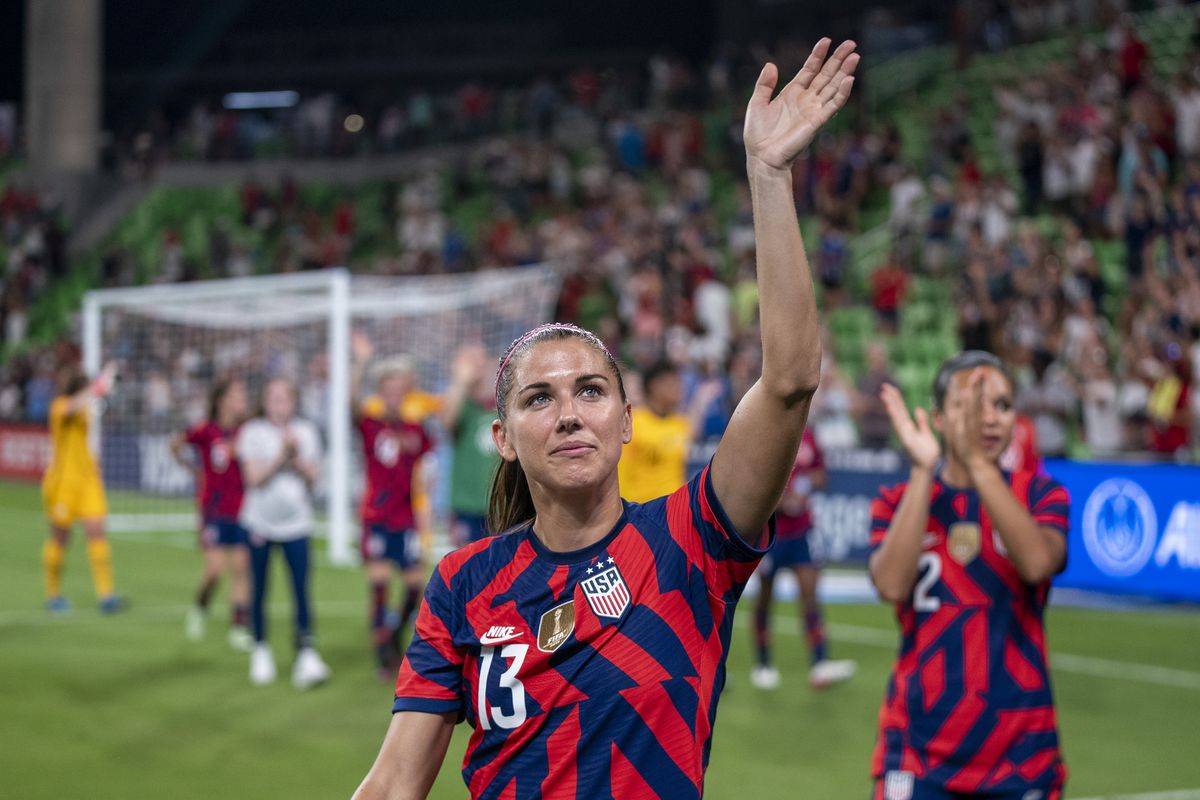 Samatha Mewis opened the scoring in the 21st minute, assisted by Kristie Mewis, her sister, who plays on the opposite flank. The lead was doubled in the 39th minute with a great effort from Christen Press, downing the Mexicans before half-time.

Tobin Heath was subbed in the 73rd minute and made an immediate impact. Taking up Megan Rapinoe’s position, she managed to score less than a minute upon entering the field! The goal meant that both she and Press, who had earlier departed from Manchester Untied, mangled to get their names on the scoresheet.

Christen Press and the Mewis sisters starred in the game

Heath was highly doubted to be part of the Olympics squad due to a knee injury. However, she managed to recover just in time to return to action and can now deliver on that expertise once more.

The game was not over yet as Christen Press netted in a fourth goal in the 85th minute, making it a brace and completing the victory in style. The solid defense held the entire 90 minutes as centre-backs Abby Dahlkemper and Becky Sauerbrunn managed to keep the Mexican attack at bay.

The USWNT looks to become only the fourth team in history to win the Olympic Gold Medal with a World Cup win. The 2019 World Cup victory can only be supplemented with this historic achievement and the prize is theirs for the taking. Erasing memories from 2016, they can surely go the distance this time.