Trayvon Bromell has battled setback after setback to make his way into what will be his second Olympic Games in Tokyo, qualifying for the men’s 100m event for the USA. He has battled to odds to establish his presence in one of the most competitive races in the game.

Once on the hot track for a successful career as a sprinter, injuries ruined his run for most of his active time from 2015-2020. Hamstring pulls saw him out of action and loses out to the competition. 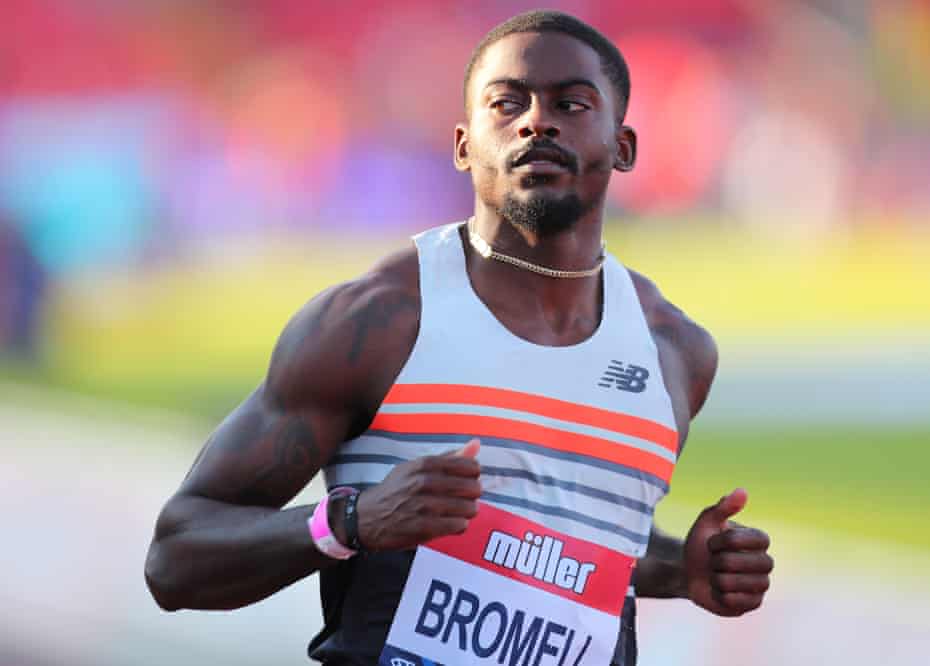 At the Rio Olympics in 2016, he was even stretchered out due to an injury, a tragic moment that many believed would be the swan song of his career. However, Bromell pushed his way back and is now once more the favorite to win Olympic Gold in Tokyo.

“Achilles surgeries and 5 years later. Remember, it may not be the journey you want but I promise it’s the one you need,” Bromell tweeted. “All in God’s timing.”

APTTMH
2 Achilles surgeries and 5 years later.🙏🏾
Remember, it may not be the journey you want but I promise it’s the one you need. All in God’s timing🕊🤲🏾

Fans were disappointed with the sprinter’s failure to secure even a podium finish in his race in Monaco earlier this month. He lost out to Olympic media contenders such as Andre De Grasse (CAN), and fellow American teammates Ronnie Baker. His fifth-place finish dampened expectations of an Olympic gold medal, but that’s when he made another spirited comeback. In the Diamond League race held at Gateshead, Great Britain, he secured first place at 9.98 seconds, defeating the Olympic contenders.

“I’ll take the race. I’m just happy to cross the line with no injuries,” he was quoted saying by NBC Sports. “Just trying to tune up and get ready for Tokyo.”

The USA sprinter is ahead of the competition

Trayvon Bromell registered the fastest time this year so far at 9.77 seconds. He faces huge competition from teammates Fred Kerley and Ronnie Baker. At the Olympic Trials in Eugene, Oregon, he beat them both at 9.80 seconds, compared to Baker’s personal best of 9.85, and Kerley’s 9.86.

Bromell himself has a chance to make his way to the top. The once favorite Justin Gatlin pulled up short in the semi-finals of the trials due to a hamstring injury, pushing him out of Tokyo. Reigning 100m World Champion Christian Coleman is also out serving a ban from the competition.

Tokyo is his one shot at reviving an injury-plagued career and by the looks of it, he may just bag that 100m gold and succeed Usain Bolt as the fastest man on earth.