What Are the Rules of the High Jump Event to Be Held at the Tokyo Olympics 2021?

The Olympics host a wide range of competitions to test athletes around the world in different sports. The nations participating expect to amass the most number of medals and will send only the best in every competition. While races test speed and agility, there are events that also test other aspects of the human body.

Jumping has been the focus of contests for centuries. How far an athlete can jump and how high has drawn a lot of eyes over the years and the events Long Jump and High Jump decide the best in this regard. 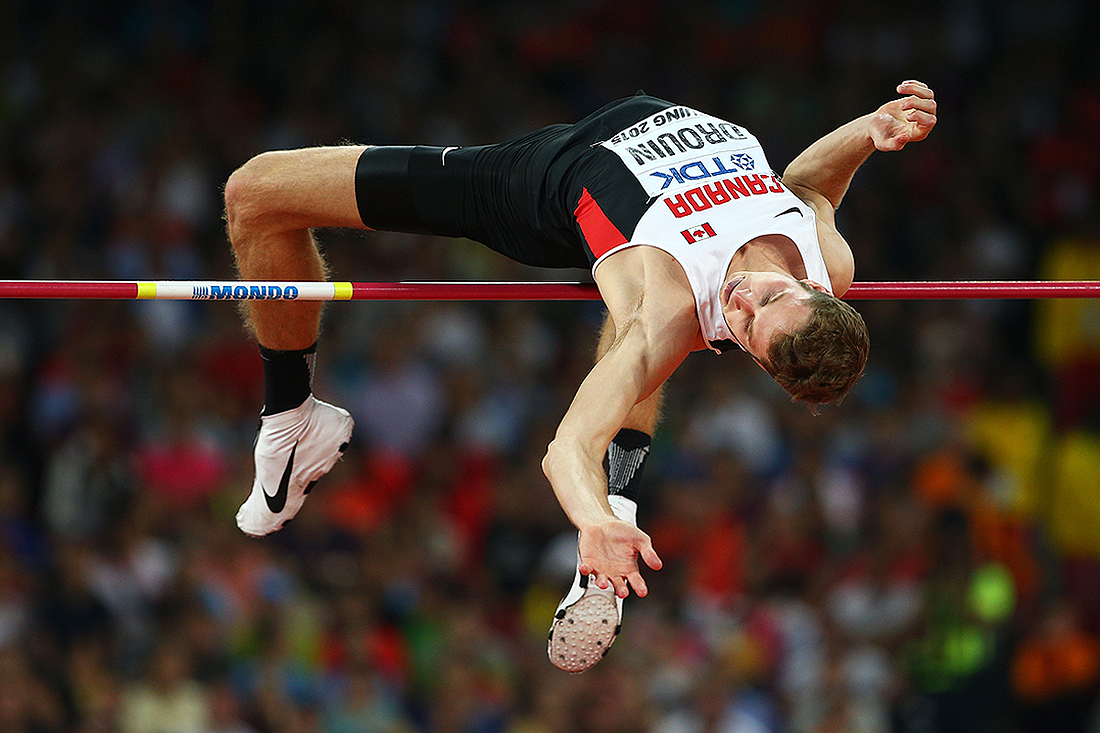 While Long Jump judges the length of a jump, High Jump (as the name suggests) focuses on how high an athlete can jump to determine the winner. The sport is based on clearing an obstacle at a height and landing on the opposite side without knocking it down.

Athletes are required to clear the bar without dislodging it

In High jump, a flexible bar is placed at a height in a horizontal angle and is held by two other poles which stand on the ground. Athletes have to clear the horizontal pole placed at a particular height in their attempts and must not dislodge it from its place. Doing so would be a foul and the attempt would be considered unsuccessful.

The run-up track is about 15m in length and the crossbars at 4m in height. The run is used to gain momentum and athletes have to take off from the jump on one foot. A crash mat is placed on the other side to cushion the landings.

In the high jump event, each contestant is given three tries to clear the height, failing which they will be disqualified. With each stage, the bar is raised higher and athletes are expected to clear the heights to move on to the next round. The contestant with the biggest height cleared is declared the winner. Dick Fosbury changed the face of the High Jump competition

While various techniques were used earlier in the sport, Dick Fosbury revolutionized High Jump forever in 1968 when he won the Gold medal in the Summer Olympics in Mexico City. The other athletes in the contest used the trading forward arched jump but Fosbury jumped backward, in the air achieving a slender and successful scaling of the bar.

His technique earned him the gold and has been used by athletes ever since. It has practically become the standard technique of high jumps today.

Finally, shoe technology can only interfere up to a certain extent in High jump. A maximum sole thickness of only 13mm is allowed and 19mm for the heel of the shoe. This erases any chance of athletes getting an extra bounce from the shoe, giving them an unfair advantage over opponents.