This day (April 12) holds a special place in Brian Lara’s life. 16 years ago on this day, Brian Lara created history by making a quadruple century. His record of scoring 400 runs in a single test match is still unbeaten.

Ten years before achieving this feat, Lara had broken the record of Gary Sobers of scoring 375 runs in a test match. It was a crucial match for the West Indies. In the 4 match test series, they were fighting to avoid the whitewash at their home against England.

The West Indies cricket team was going through a rough patch in 2004. Despite having a legend like Brian Lara, they were unable to win the games. The first three matches are not worth remembering for the hosts as they lost them to the England team.

Brian Lara was also disappointing in the first three matches. He managed to score only 100 runs in the three test matches. However, the team decided to bounce back. West Indies won the toss and decided to bat first. They had a good start. After Chris Gayle got out, Lara came out to bat and rest is history.

Owing to the brilliant knock by Brian Lara they were able to put a massive score of 751 runs for seven in their first innings.

Though England managed to draw the game as the West Indies bowlers were not able to take all the wickets during the given time. In their first innings, England’s side was able to score only 285. However, they bounced back stronger in the second innings after getting a follow-on by the hosts. They managed to put 422 runs on the board with 5 wickets remaining before the time of the test match ended. 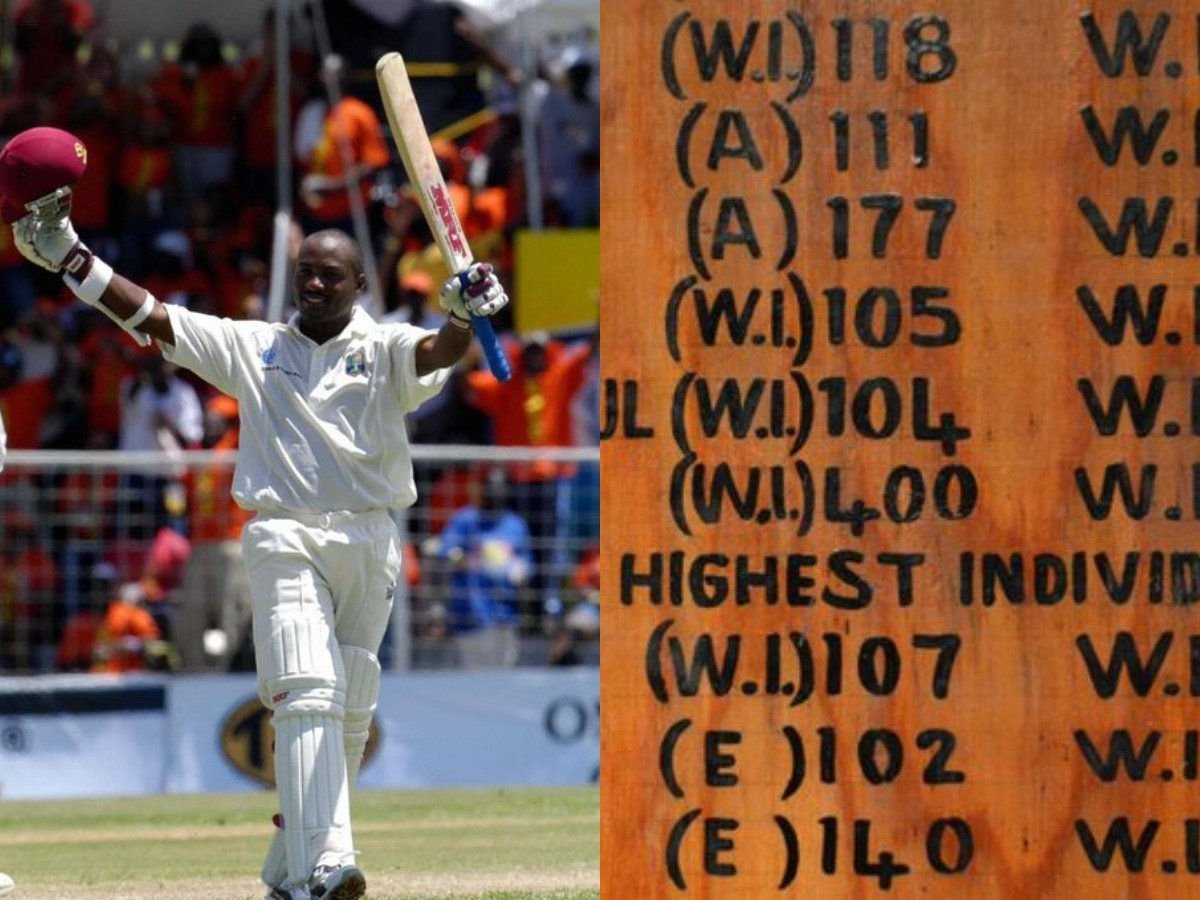 The other side of 400* runs scored by Brian Lara

Brian Lara was massively appreciated for his sensational knock. His record is still intact with no one getting close to it.

However, Lara also had to face criticism for his innings by many cricketers. He was termed as a selfish player for thinking about breaking the record and not his team.

Australia’s then captain Ricky Ponting had commented, “It’s generally not the way we play our cricket. Their whole first innings might have been geared around one individual performance and they could have let a Test match slip because of it. They ran out of time in the game – that’s not the way the Australian team plays.”

Former England cricketer Tony Greig had also expressed his views on the same.

He had said, “I’m certainly not raving about the innings. I have to praise it for the sheer fact that he stayed in for so long but it wasn’t an innings that you could be in awe of. It was clear he had the record in mind and was just going to keep on grinding it out until he got there. As far as I’m concerned that is not a good way to play the game, especially when you’re the captain. It shows that Brian Lara is not a very good captain.”

Read More: Brian Lara Names the Players who could Score 400 & says it would be difficult for Steve Smith