ONE 157: Petchmorakot vs. Vienot went down inside the Singapore Indoor Stadium last Friday, 20 May, and the fight card delivered as expected.

Several fighters picked up notable wins inside the Circle. And let’s take a look at what’s next for some of the biggest winners at ONE 157.

Teen grappling phenoms Tye and Kade Ruotolo couldn’t have wished for a better start to their respective journeys on the global stage. Not only did the 19-year-old stars pick up wins, but they did so against the promotion’s top grapplers.

Tye, meanwhile, locked in his signature D’Arce choke to force multiple-time submission-grappling World Champion Garry “The Lion Killer” Tonon to tap inside 97 seconds. It was the quickest finish in ONE submission grappling history.

With ONE continuously signaling its plans to add more elite grapplers to its roster, these twin brothers can expect to improve their impressive resumes on the global stage against the best in the business. 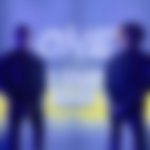 However, should grappling-only options become limited for the pair, fans can expect them to take their elite ground knowledge to mixed martial arts.

There aren’t many fairy-tale World Title runs on the global stage that could match Joseph “The Hurricane” Lasiri’s crowning moment at ONE 157. The Italian-Moroccan striker, who suffered four consecutive losses at the start of his ONE tenure, claimed Prajanchai PK. Saenchai’s ONE Strawweight Muay Thai World Title after forcing him to throw in the towel in their co-main event tussle.

He dismantled the Thai with elbows, lunging right hands, and huge knees to earn the third-round TKO win. And he won a US$50,000 performance bonus for his efforts. An immediate rematch with Prajanchai could be on the cards. But if that doesn’t come to fruition, Lasiri might face off against #4-ranked contender Asahi Shinagawa or #5-ranked Danial Williams.

These two opponents would be the most realistic, as the #2-ranked Aslanbek Zikreev is yet to make his promotional bow. Meanwhile, the #3-ranked Josh Tonna announced his retirement at the end of last month.

Nat “Wondergirl” Jaroonsak looked like she barely broke a sweat on her way to a delightful submission win over Zeba Bano in her MMA debut. The fight was inside the Singapore Indoor Stadium on Friday evening. Still, what’s more impressive was that the ONE Super Series star didn’t even need to rely on her striking arsenal to get the job done.

The Thai sensation showcased her grappling skills instead. And she locked in a match-winning armbar inside 82 seconds of the contest to take home her first win in the all-encompassing sport. There are a couple of options: Jaroonsak in the promotion’s Strawweight MMA roster, ranging from Ayaka Miura and Michelle Nicolini to Tiffany Teo.

Nevertheless, all names listed above would be a perfect litmus test for “Wondergirl”. Because she aims to fully commit herself to the all-encompassing discipline before switching back to Muay Thai.

Who should these rising stars face next? Leave your thoughts below.