Among Us is what all the YouTubers and streamers are playing these days. Recently, a clique of the top names on Twitch and YouTube came together to play a few rounds. The participants included the likes of Felix “PewDiePie” Kjellberg, Jaryd “Summit1g” Lazar, and Félix “xQc” Lengyel. Moreover, rapper turned streamer, Logic (Bobby) was also in the game apart from other popular streamers such as LIRIK and Dakotaz.

PewDiePie uploaded a few clips from the game on his YouTube channel recently, and the game looked a lot of fun. All these players were playing together for the first time in this combination. Therefore, they expected the game to be even more interesting. Without knowing much about each others’ personalities and tells, finding the impostor was going to be hard.

Therefore, a lot of their games ended up reaching a point where only three players were alive. Titled “My Best Impostor Game in Among Us“, the highlight of the video was the one time Felix got to be the impostor.

For the first few rounds in the video, Pewds was constantly a crewmate. These rounds were filled with the incessant chatter of xQc, summit constantly getting blamed, and Bobby acting lost. There was also certain chemistry between Felix and Bobby that was really hard to miss. They were hanging around together, doing tasks, and vouching for each other.

Finally, after three games, PewDiePie got to be the impostor. Dakotaz was the second impostor, and their goal was to kill all the crewmates. Keeping their chemistry alive at the start of the round, Pewds said, “Alright. I’m not killing Bobby. Not happening.” 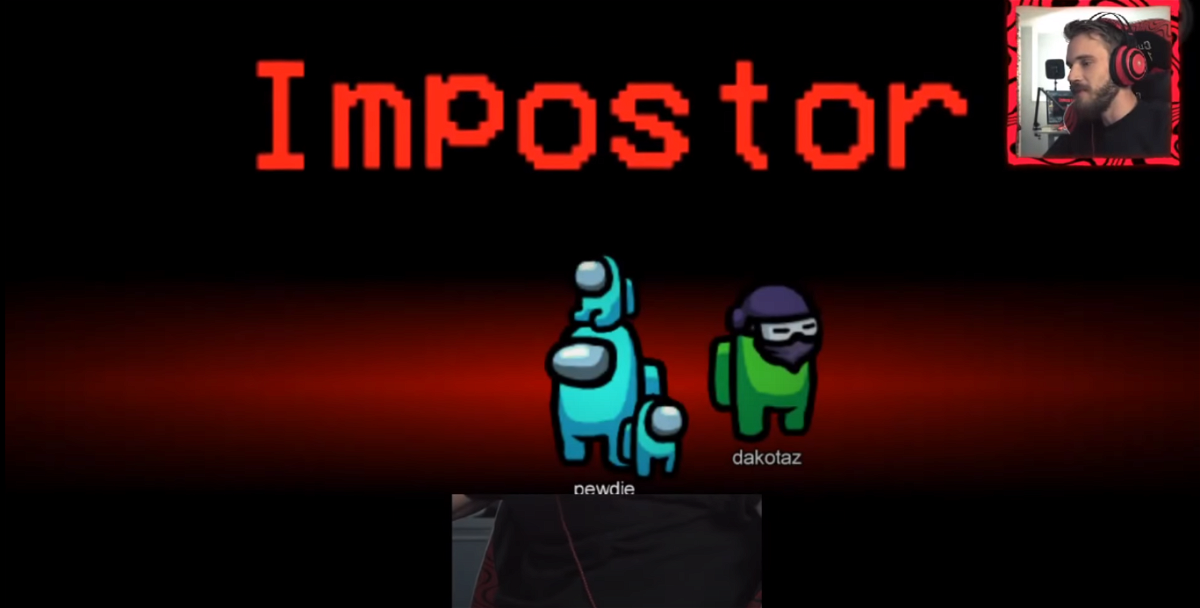 The game started off pretty slow with Dakotaz killing Charlie. Similar to previous rounds, xQc started the round by taking the lead. The only thing Felix said in the discussion was, “I just know Bobby is safe.”

While the players tried to accuse LIRIK of the kill, they couldn’t manage to get enough votes to eject him. Throughout the round, PewDiePie stuck with Logic, waited for him to do tasks, and pretended to do tasks himself.

Felix almost got caught for killing Adept, but Bobby failed to see him exit a vent. After the players reported the body, they failed to reach a conclusion once again and ended up skipping. Pewds constantly kept saying, “Do not kill Bobby!” as soon as Dakotaz came near Logic. Little did Bobby know that he was going to be PewDiePie’s perfect escape plan.

Summit and Train caught Dakotaz red-handed for killing xQc. He tried to defend himself, but his efforts did not count. However, while Felix didn’t defend his co-impostor to avoid suspicion, he did manage to steal another opportunity to get Bobby on his side. “We can solve this guys. I know how. Please listen listen listen.”

He then turned to Logic and asked, “Bobby, who do you think it is?” To this, Bobby replied, “I think its Train.”

This was all Felix needed to win the game.

PewDiePie killed Summit and convinced the others to vote LIRIK out for it. There were only 4 players remaining now – Bobby, Pewds, GB, and Train. Felix claimed GB as his last victim and self-reported the body as soon as he saw Train coming towards him.

It all came down to Bobby’s decision. Felix already had him in his corner. Moreover, Logic had previously suspected Train for the xQc kill. Everything lined up perfectly for PewDiePie and Bobby voted Train out. PewDiePIe had won the game, but at what cost?

As soon as the game ended, Felix was full of regret. He constantly apologized to Bobby for breaking their trust. Felix definitely felt proud of his strategy for winning the game, even after his co-impostor got voted out early in the game. However, karma struck as Bobby later killed Felix after Pewds said he would stick with Bobby since he could trust him. Overall, the video was pretty wholesome and it came back to a full circle.

Summit1g Delivers his Verdict on Valorant vs. CS:GO

Summit Tired of Twitch For One Particular Reason