On the 25th of June, 1983 Kapil Dev captained the Indian team towards a tremendous World Cup victory. In fact, the 83’ World Cup squad did so by defeating two time world champions- The West Indies team. They were the defending champions as well and led by Clive Lloyd.

Initially, everyone in the team along with the staff were under the impression that they will not make it to the semis, let alone winning the finals. A primary reason being that two of the previous versions of the tournament did not end well for India. Most of the team had booked extended vacations as they did not expect to move past the league stage. 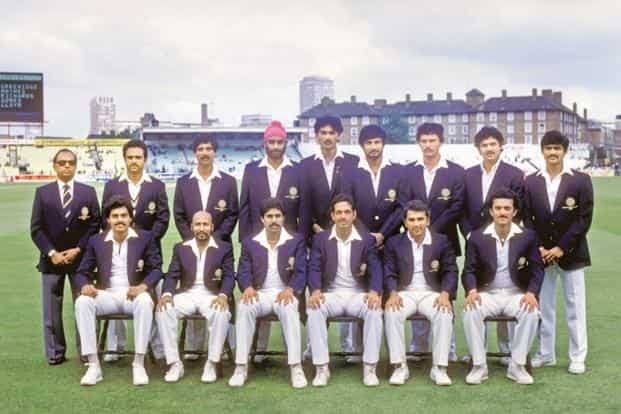 Fortunately, the team gained the confidence for the entire tournament once they defeated West Indies in the league stage. The team hit an obstacle against Zimbabwe when they were standing at 17 runs for 5 wickets. Kapil Dev brilliantly saves the game by making 175. Finally, the bowlers kept their game in-check and India saw a tremendous victory.

The semi finals was between India and England wherein the Men in Blue 213 runs with Dev himself taking three wickets. Sandeep Patil and Yashpal Sharma both knocked 50’s and India leaped their way into the finals. 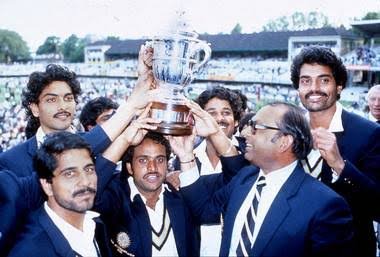 The finals was between West Indies and India at Lord’s stadium in England. WI won the toss and chose to field. Unfortunately, the team only scored 183 runs. This gave West Indies am boost in confidence. However, the team’s bowlers played a tight line and made sure the scoring opportunities were limited.

Even though Viv Richards briefly started scoring but Kapil Dev dismisses him with a running catch at 33 runs. India won the World Cup of 83’ with a 45 runs margin. This was the first time ever that India lifted the Cricket World Cup.

#ThisDayThatYear On 25th June in 1983, we believed and we became – World Champions and changed the face of #Cricket in #India once and for all. @therealkapildev @ICC @cricketworldcup 🇮🇳🙏 pic.twitter.com/Ixh9Lkauqm

1983 World Cup win is a bit like Bollywood film Sholey. Great films have come before and after but Sholey is always extra special. Evergreen. Similarly, we have won two more world cups but 1983 is always special. #KapilDev #TeamIndia #thursdayvibes #indiancricket #OnThisDay pic.twitter.com/9QGUVwmq1r