The outstanding collaboration with Marvel has seen a huge transformation in Fortnite battle royale. Players were quite dissatisfied with previous seasons. Although, with Season 4, Epic Games seems to have achieved the perfect balance. With all these new POIs and mythic abilities, the question still remains – how does one defeat Galactus? 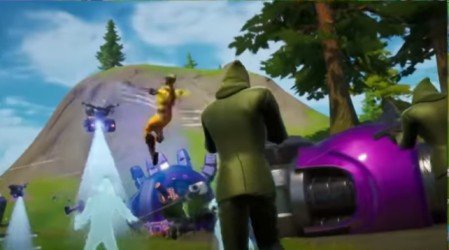 SypherPK recently made a video explaining most of the major leaks suggested by reports. Most of these were leaked on Twitter by prominent data miners. It seems that Epic Games has a secret plan with all these mythic abilities and characters. Some of them might stay back in the game once Galactus is defeated.

Wolverine, She-Hulk, and Black Panther are characters who are going to get a mythic ability of their own. Players have already seen the Wakanda POI as well as the Sentinel Graveyard. However, no one could expect what kind of mythic ability Epic was going to bestow on these superheroes.

Sypher said, “The Black Panther ability is going to absorb 50% of the damage you take. Then it charges up, and then you can release this charge against an opponent. Very similar to the movie.” Indeed, Epic is sticking quite close to the actual abilities of these characters. The Black Panther ability will also increase the mobility of the player for a brief period.

For She-Hulk, Fortnite will have a mythic ability of her own. Although, players need to activate the skin first by completing the challenges. According to Sypher, “Jump smash, this one is going to feel similar to the mythic sword that existed in the old chapter of Fortnite.”

Will the mythic abilities win the Nexus War?

The map is shaping up to become a place resembling right out of a graphic novel. However, these new POIs and mythic abilities suggest something else.

Galactus is possibly going to be defeated in a live event. Perhaps, it will include all the players to work together in order to stop him. The ending of the Nexus War is surely going to be due to all these new abilities. Hopefully, the realities of the island will also be revealed at the same time.