When you have a star like Cristiano Ronaldo in your squad, there is no escaping the fact that the opposition have a strategy to keep the beast under control. Despite his furious assault against Hungary, there is no hiding the fact that he hasn’t been in the best of form. In the last match itself, his first touch on the ball was when the clock struck the 70 minute mark. So today, we look at the other key players on whom the Portuguese nation would be banking to get a victory for their country.

In this tournament, he has been the man responsible for his team’s success. The former Manchester United player has already scored 2 goals in the tournament and is looking forward to taking his team to glory. In an interview with worldsoccertalk.com he stated:

“I feel good. I am here to help Portugal and possibly I am in the best form I have ever been with the national team. I have come to this Euros to help out, score goals and contribute to the success of the team.”

“We have an objective which is to win the title and we will do everything to achieve it.”

With the dramatic late goal against Croatia to send his side into the quarters, the winger can be expected to start games or prove to be a super-sub for his team.

Quaresma has often been sidelined by the likes of Cristiano and Nani in his side, but has supported them very well and has found the net multiple times for his team. With his excellent close range skills in-front of the net, he can often decide a game and be the difference.

The Bayern Munich hyped 18 year old brawny midfielder has a lot to live up to for his country now that he has been bought by the German club for $39 million. The mid fielder is yet to make a start in the tournament but has shown glimpses of greatness and can be trusted with the ball.
Reported by eurosport.com, Portugal coach Fernando Santos said:

“He (Sanches) is still growing and it’s up to me to analyse and to decide if and when he can be useful to the team.”

With his man of the match performance against Croatia, many won’t be surprised to see him in the starting XI and providing match winning crosses during the match. 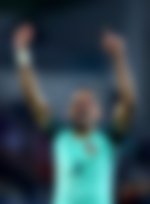 With the likes of Robert Lewandowski, Arkadiusz Milik and Jakub Blaszczkowski in the opposition, the job of holding the defense will be on Pepe. Even though the side doesn’t have the best defense in the competition, he can be called the back bone of the Portuguese back four.
In EURO ’16, he holds the maximum percentage of passes attempted and completed. He’ll be the senior figure in defense and will have to take the responsibility of not letting the strikers get easy runs in the box. His manager has shown great confidence in him as he’s one of the only players to play every minute under him, along side Ronaldo and goalkeeper Rui Patricio.

Even though he’s the youngest member of the Portuguese back four, the latest Dortmund signing can be called as arguably the best full back of Euro ‘16. He displayed a very strong character against Croatia, earning his second clean sheet.

Even though he picked up a minor injury in the last minutes of the match, he’s expected to make a big difference and often make runs from the flanks to deliver the crosses for his strikers to do the damage. 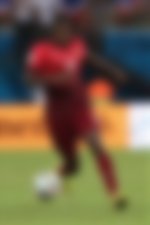 He did miss the opener of the tournament, but since then he’s been the focal point of the Portuguese midfield. Even though he’s a defensive midfielder, Carvalho has never been shy of making runs into the box had often been consistent in giving the opposition defenders a ‘run for their money’.

Last summer he was awarded as the player of the tournament in the U-21 European championship and would hope to win big now that he plays in the senior team. When asked about his expectations from the tournament by marca.com , he said:

“I hope to be an asset to the team. And I hope to play as I did in the U-21s tournament. I want to do my best to help Portugal.”