Pakistan Super League 2020 is ready to commence. The previous season of the PSL was won by Quetta Gladiators. Therefore, this time their aim is to ensure they can defend the title. Last season, they won the finals against Peshawar Zalmi. They scored 139 runs for 2 wickets, and all within 17.5 overs. The highest that they scored last season was 186 runs. On the other hand, Islamabad United will play with full efforts to get their hands on the PSL 2020 trophy. Last season they were knocked out of the tournament after losing an important match to Peshawar Zalmi. Nevertheless, now that PSL 2020 has arrived, here is the Quetta Gladiators Vs Islamabad United Dream 11 Prediction.

The spotlight will fall on the young Naseem Shah. However, players like Shane Watson with 430 runs and Jason Roy who have enough experience are a point of strength for the Quetta Gladiators.

The team won two of the first three seasons and now they are going to give their 100% to win the fifth season. This is the first season that  the team will be without Misbah ul Haq.

The National Stadium has always inclined slightly towards batsmen. The ground has till now hosted four games. The first batting team manages to go past 200+ runs and usually the team chasing is defeated. There are no chances of rain on the opening day with wind blowing at 15-20 km/hr. The temperature varies between 16 to 32 degree Celsius throughout the day. 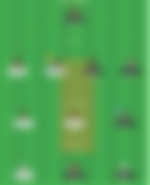