Rafael Nadal’s Shoes: All You Need to Know About the Special One

Rafael Nadal can be spotted in head-to-toe Nike since joining the tour in 2001. The American clothing and footwear company has been sponsoring the Spaniard’s on-court apparel for years. Rafael Nadal’s shoes have always been the most eye-catching part of his on-court gear.

Nadal’s customised shoes always have a different design with his logo – the Spanish raging bull on it. Recently, the Spaniard wore the new Nike Zoom Cage 3 at the US Open 2019. The shoes turned out to be lucky for the Mallorcan as he enjoyed the one of the best season of his career with winning two Grand Slam titles in 2019. 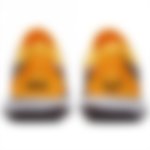 Nadal’s biggest contract is with Nike, who paid him an estimated $10 million per annum to carry swooshes on the court. The Spaniard signed a 10-year deal with the US sportswear giant in 2008, which expired at the end of 2018. On the other hand, the details of the new contract signed after his last tenure is not known. The Spaniard had revealed earlier this year that his contract with Nike is a private matter.

Nike styles worn by Nadal over the years

Rafael Nadal has donned several Nike-sponsored kicks in his 19-year-old career on the professional tour. Nadal’s close relationship with Nike has resulted in some memorable shoe models over the last decade. Nike has continued to supply Nadal with high-performance tennis sneakers designed to according to his comfort.

Nike also made a customised shoe for Nadal at the Roland Garros 2019. On one shoe Rafa’s symbol was incorporated and on the other ‘Rafa’ was written. The number ’11’ was also written on the customised pair of sneakers. The shoes were designed to tribute Nadal’s 11 French Open titles. The custom pair of kicks celebrating his Roland Garros history on Court Philippe Chatrier caught the eyes of millions of fans around the world.

“It’s an emotional shoe,” Nadal said. “The details on the shoe have a small piece of history from every Roland Garros I’ve won so it’s a special one. I’m super happy to wear it and think Nike did a great job.”