Realistic Chances For IPL Teams At The Champions League

As we mark the beginning of the CLT20, Indian fans are keen to know how their home franchises will fare in this high profile T20 tournament. With the already qualified Chennai Super Kings, Kolkata Knight Riders and Kings XI Punjab entering as heavyweights, the Mumbai Indians will also look to qualify and make an impact. On the whole, the Indian fan base would be expectant of a good show at the event with their favorite IPL stars back in action. Let us take a brief look at the IPL teams and scrutinize their astute chances individually: 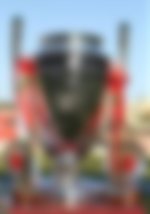 The IPL finalists will back themselves to get into the knockout stage of this contest with a powerful batting line-up and a good looking bowling squadron.

But there definitely will remain a void in the team with pacer Sandeep Sharma missing out due to injury. The new ball will probably be shared by Lakshmipathy Balaji and Mitchell Johnson who will look to make early inroads with Balaji’s prolific lateral movement and Johnson’s pace and bounce.

Akshar Patel, Parwinder Awana and Rishi Dhawan will look to restrict the opposition batsmen in the middle overs and provide lesser leakage of runs towards the death. Akshar Patel, in particular looks to be the pick of the bowlers with the highest number of wickets for Punjab this season.

Sehwag and Vohra will look forward to provide good starts for the Kings XI.  Sehwag holds the key here; his explosive form can be decisive under any circumstance.

Not to mention, the M&M duo of Maxwell and Miller will look on to continue their show from the IPL and look forward to amass quick runs for their side. This prolific duo could possibly be the difference between the two teams on several occasions with their striking power and run making ability.

Led by Australian skipper, George Bailey, this is definitely a team to watch out for in the matches to come. 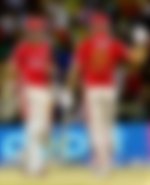 The reigning IPL champions definitely are the favorites to win the cup this time led by opener Gautam Gambhir. Their show at the IPL clearly indicates the powerhouse team that they are.

Robin Uthappa holds the key in their batting line-up whose proliferate stroke making ability will dictate the batting form of this side. Gambhir will look to make amends for his erratic form and provide a good solid start upfront.Not to mention Manish Pandey, whose memorable performance in the final still lies fresh in the KKR fans and  Jacques Kallis, who will look to stabilize and add maturity to this line-up while Yusuf Pathan along with Shakib Al Hasan will hold the key to converting the 120’s and 130’s to 180+scores.

Narine and Morkel will be the go-to men for Gambhir with the ball and will look to bundle out sides for low totals. Piyush Chawla and Umesh Yadav will also play an important role in supporting them and maintaining pressure at the other end.

It is necessary that the team click as a unit rather than ensuring just a string of individual performances in order to sustain a top position. As we had seen in the IPL earlier this year, a dismal performance every now and then did cost them a few points in the league stage.

The side, coached by Trevor Bayliss will look to win their first ever CLT20 and continue their good form this year.

The 1-time CLT20 champions will look for a record feat of becoming 3-time winners this time. With Dwayne Bravo back in the side, the side has the perfect balance and it gives Dhoni the chance to play an extra batsman.

Without mention, this side has been the most consistent IPL team of all time and promise to be one of the top teams in this event too. McCullum and Dwayne Smith are arguably the most destructive opening duo in the competition. The incredible form of Du Plessis and Raina provides further impetus to this strong batting line-up. With Dhoni and Jadeja in the middle order, this is definitely the strongest batting lineup on paper in the tournament.

CSK has always been favorites considering their record but over the past few years, complacency has been the name of the game for them. Missed opportunities in the field, negligence in running between the wickets, missed tricks by Captain Dhoni and a poor bowling lineup has caused them far too many upsets.

Ashwin has not been as effective as he has been through the years, and erratic bowling figures by Jadeja make the spin bowling department very vulnerable to quality batting lineups. The new ball bowling worries do not cease to exist either. Mohit Sharma has been the only bright spot here. Badree would probably share the new ball with him since Ishwar Pandey has not been consistent with his line and length.

On the whole, it can be concluded that this team has the strongest batting on paper, but the poor bowling will hinder them as they progress in the tournament. Unless the team steps up as a unit, regaining the CLT20 is out of the question. Nonetheless, the experience in this unit will ensure that they’re a force to reckon.

Being the reigning CLT20 champions, they would hope to qualify for the tournament but the loss against the Lahore Lions has limited their chances. After suffering a major blow with skipper Rohit Sharma not playing, Kieron Pollard must do something substantial in order to get this team in place and lift their spirits so that any minuscule chance of qualifying still exists.

The major foreign players in the form of Corey Anderson, Pollard and Simmons will have a major role to play if the team is to make a mark.

After all, the 2-time CLT20 champions have not achieved this feat by a stroke of luck and their fans will eagerly expect their team to figure in the league stage ahead.

This competition is perhaps the biggest stage for domestic sides all over the world and provides a platform for players to get themselves bought for big amounts in the IPL auction to come. With the 3 IPL teams which have qualified and a susceptible Mumbai Indians team, Indian fans will look forward eagerly to the cricket to follow and hope for quality cricket from their respective home sides.

The Champions League T20 has always promised of the best cricket and entertaining new talent.

We look forward to this cricket carnival and hope that the best franchise wins!