Bayley is all set to face Asuka on the next edition of Monday Night RAW. She will look to protect her best friend Sasha Banks from a SummerSlam rematch by defeating Asuka.

The Asuka and Sasha Banks rivalry has been through many heated moments. It all started after Banks and Bayley won the women’s tag team titles.

The Boss then wanted to become a double champion, just like her best friend. Hence, she would challenge the Empress of Tomorrow.

After a chaotic contract signing a month back on Monday Night RAW, Sasha Banks faced Io Shirai on the first night of NXT: The Great American Bash. Asuka sprayed green mist on Banks to cause the distraction and help Shirai win. 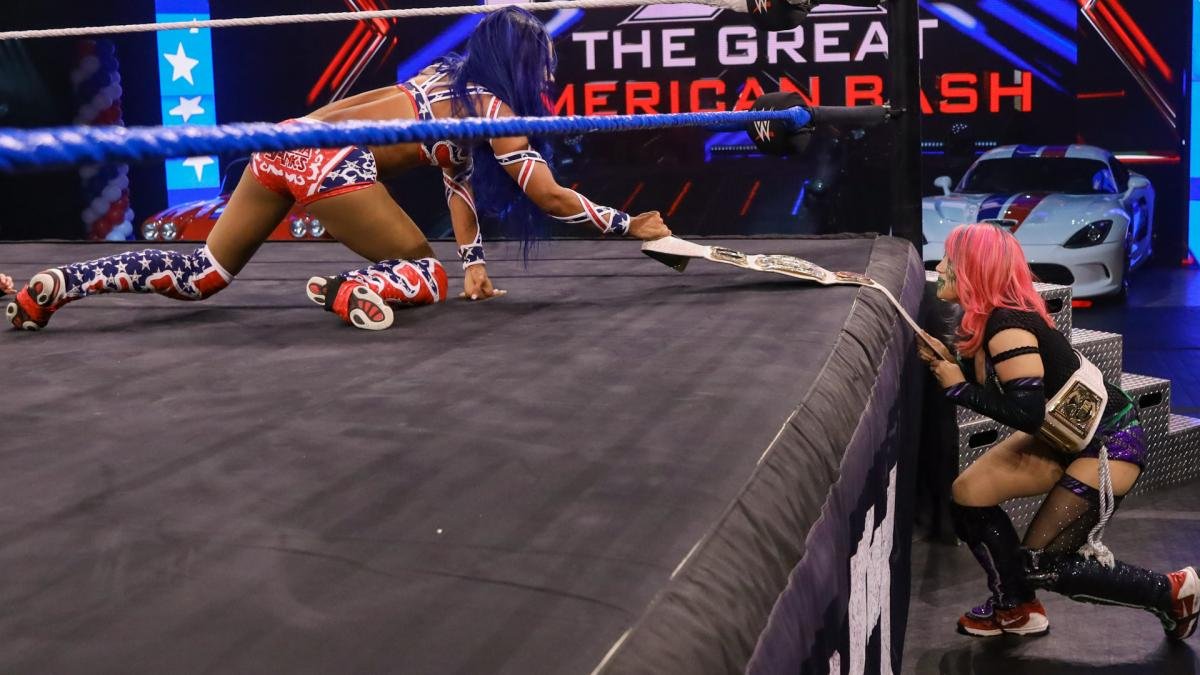 The two would then face at the Horror Show at Extreme Rules for the RAW women’s title. The match ended in a controversial manner, however, Banks walked out with the belt claiming she was the champion.

On the following night on RAW, Stephanie McMahon was seen after long. McMahon then setup Asuka vs Sasha Banks with the winner being the true RAW women’s champion.

The RAW women’s championship match was the main event the following week. As Asuka was in control, this happened.

This distraction caused Asuka to leave the match and lose the RAW women’s title to Sasha Banks via count-out but this time, count-out could win you the title as per Stephanie McMahon.

Sasha Banks will send Asuka back to Japan

On the latest edition of Monday Night RAW, Asuka stormed out to the ring to take revenge for her friend and ask for a rematch. Banks agreed to a rematch only if Asuka can beat Bayley.

Here is the warning Banks posted after RAW.

I know you miss your friend @KairiSaneWWE Dont worry, cause next week @itsBayleyWWE is gonna retire you too, and since I’m rich rich🤑 I’ll use some of my pocket change to fly you back to Japan so you can cry together @WWEAsuka 😂 #WWERaw #2BeltzBanks #Bayley3Brands pic.twitter.com/oBuYIKUVjl

Asuka is most likely to defeat Bayley and move on to SummerSlam. It will be tricky to see what will happen post the match if Asuka goes over Bayley.

The second possibility could be the rivalry ending and the winner then getting into a feud with the Queen of Spades Shayna Baszler.