Could Sebastian Vettel Have Won the Championship?

The Championship is already sealed and Hamilton has prevailed in the fight. After a grueling first half of the season, the second half kind of fizzled out for Sebastian Vettel. To be fair the SF70H was the second best car if you look overall. Agree that on some tracks it was far more superior. But the grunt in the Mercedes engine was a little too much. And Ferrari lost out the development race too.

Singapore turned out to be the defining moment for Sebastian Vettel’s championship bid. If there’s any point where he lost the championship, then this was it. Technical failures in Malaysia and Japan we’re the final nail in the coffin. Even without those failures, overcoming the deficit after Singapore would have been too much of an ask.

But the question is, without any trouble for Vettel (including Singapore), could he have won the Championship?

Sebastian Vettel, In an alternate universe:

Imagine in an alternate universe, Vettel did not have the Singapore shunt. Let’s consider the two universes the same up until Singapore. Coming to Marina Bay, Hamilton led the

championship by 3 points. The Mercedes man was ahead for the first time the entire season. But it was all set to change as Vettel duly lined up on pole and Hamilton way down in P5.

In our universe, Sebastian Vettel won the race and Hamilton finished P4. A realistic outcome given the pace of the two cars around Marina Bay. The result: Vettel would have regained the Championship lead. So when the teams left Singapore Vettel led the way with 260 points, Hamilton right behind with 250.

No Malaysian and Japanese misfortune:

Coming to Malaysian Grand Prix. Let’s assume the Ferrari did not have any gremlins. With its superior pace around Sepang, Sebastian Vettel would have comfortably won the race. Hamilton, I’m afraid would have fallen to P3, succumbing to Verstappen just like he did in real life. Points tally: Vettel 285 points, Hamilton 265. 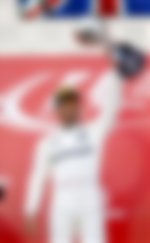 In Japan, though the Mercedes would have been back to winning ways. Negating the fact that Ferrari had DNF here unlike real life.  Hamilton would have duly taken the pole and the win with Vettel P2. Hamilton cutting Vettel’s lead by 7 points.

The US being an identical result like Japan, afterall it’s Hamilton’s personal hunting ground. The Brit and the German finish P1 and P2. Sebastian Vettel’s lead is narrowed by 6 points at 321 vs 315 for the Brit.

Mexico once again would have been Ferrari’s turf. And this time the German would rather have to fight with his former team with a certain Dutch at the helm. But no doubt the win goes his way. Hamilton has to satisfy with P3. Ferrari’s man leads the championship with 346 points now with Hamilton losing ground and only being able to take his tally upto 330 points.

If so far we have assumed that Vettel did not have any misfortune, then we have to assume Hamilton did not have his real-life qualifying shunt either.

And looking at Hamilton’s pace in Brazil, this one would have been a plain sailing for him. Vettel realistically could be assumed to be fighting with Bottas in this one. In real life

Bottas and Vettel had really similar race pace. It was the effects of 2017 regs that allowed Vettel to remain ahead once he beat the Finn in Turn 1. But in our universe, Hamilton was on pole, Bottas P2 and Vettel P3. With Hamilton right in front of him, I don’t think Sebastian Vettel would have been able to send it down on the inside of Bottas at Turn 1. Once that order settled, Vettel wouldn’t have been able to overcome Bottas. The win and 25 points go to Hamilton and to Vettel only 15 points. Only 6 points separate the duo now.

The season finale would be a guaranteed megaevent. Only a win will guarantee the Championship. Oh! what you and I won’t give up to see this turn into a reality. Had this been the real season, it would be comfortably one of the best Formula One season in recent history if not the best. The Abu Dhabi grand prix is yet to take place so we don’t know the relative performance of the SF70H and W08 around Yas Marina.

But if F1 pundit’s predictions are to be believed, the Ferrari would have had the upper hand. The complex, slow and tight 2nd sector of the circuit would have played right into the hands of the Ferrari. We don’t know for real but what we do know is that for certain, Sebastian Vettel could have won the Championship.

A Petrol Head, Traveller, Writer and Philosopher. Who do you wanna meet?
ARTICLES BY AUTHOR